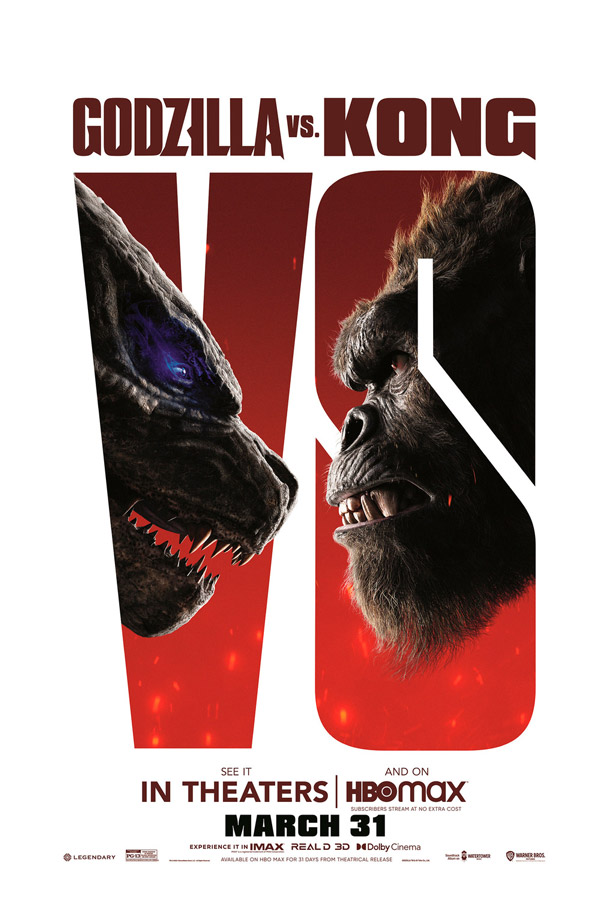 Godzilla vs. Kong is the fourth chapter in the Monsterverse that started with Godzilla, Kong: Skull Island, and Godzilla: King of the Monsters. I think that the way to approach this film is how you feel about the previous ones that lead up to this one. First Godzilla was disappointing to a lot of fans and while I liked a lot of what director Gareth Edwards did with the film but I do feel that it was a bit hampered by some elements in Max Borenstein’s script that did rely too heavily on the human characters in the back half of the film and there were some pacing problems with the story that Edwards did his best to visually help as much as he could.

I was really impressed with Kong: Skull Island and while it too was written by Borenstein I feel that Dan Gilroy and Derek Connolly greatly added more depth and balance to the script that gave it a tighter feel and pacing that Godzilla lacked. One of the reasons that it worked so well was that the human characters had a reason to be in the story and balanced out well with the Kong scenes.

Godzilla: King of the Monsters is pure lead in to Godzilla vs. Kong with the set up of Godzilla kicking all of the other monster’s asses and taking the crown that he really earned. I have to give director Michael Dougherty and his co-screenwriter Zach Shields that it really felt like a classic Godzilla film but with top notch visual effects and again balancing the human story with the battle scenes made for the best western take on Godzilla to date, Until now.

Godzilla vs. Kong takes place takes place in present day that puts in chronological order of Kong: Skull Island (1973), Godzilla (2014) and Godzilla: King of the Monsters (2019) with Madison Russell (Millie Bobby Brown) and Mark Russell (Kyle Chandler) returning from GKOTM. The one thing that is not explained very well is that Godzilla is much larger than Kong but it’s explained in KOSI that he is a younger version and is not fully grown hence the 47 years has passed for him to grow bigger.

So now with that all out of the way, is Godzilla vs. Kong worth the long set up and I can safely say that answer is HELL YEA! The one thing after watching it three times is that the human characters actually have a purpose in the story and the story elements with them blend very well together and I never felt board with them. The biggest surprise of the film is the pacing in that director Adam Wingard understands that the film needs a balance of human story and Godzilla and Kong beating the crap out of each other. The film starts off with Kong being held in a virtual cell on Skull Island then it goes to Godzilla attacking a Monarch facility in Florida then to the confrontation of the two while Kong is being transported to the antarctic then to the final battle in Hong Kong.

This fourth film is by far the most visually stunning of the series and that is no small feat considering the visual effects in both KOSI and GKOTM were pretty spectacular them selves but this one wins the prize with it’s Tron neon soaked Hong Kong scene give the night battle a eye popping experience that should really be seen on the big screen to take it all in. Another plus for the film is streamlining the cast and giving them not only a reason to be there but much better dialogue than one would expect from this type of film.

The two standouts are Millie Bobby Brown and young Kaylee Hottle that nearly steals the show with her being able to communicate through sign language (her character is deaf) but all of the actors bring really nice emotions to their characters and it really helps the film overall. The other big win for this film is that you really care for both Godzilla and Kong but there is no contest that Kong is the real standout there because of the more abundant facial expressions that he has. Adding the Hallow Earth element that is where all of the Kaiju’s are coming from not only is a brilliant concept but adds greatly to Kong’s backstory and gives him the tools to battle Godzilla and later Mechagodzilla who finally gets to join the fun here. The twist is no that he is in the film but how they bring him to life that is pretty ingenious.

It’s truly hard to believe that Wingard who directed the horrible remake of Blair Witch before this give the film a stunning visual senes and not just during the big action scenes. A lot of that is that he plays with angles and that gives both Kong and Godzilla a truer sense of scale that adds greatly to the film. There many times he also makes you feel like you are in the film that is like a virtual ride at Universal Studios (I’m hoping that happens) with a number of POV shots that put you right into the action of it all. Even with all of the action and story elements the film pacing is perfect at just under two hours that shows you can balance everything out and not overstay it’s welcome with editor Josh Schaeffer keeping it spot on the whole time.

This is one of the few tentpole films that I have seen in a while that actually lives up to the hype and is ridiculously entertaining from start to finish and is very rewatchable. Normally an audience would be flock to theaters to see this epic confrontation of these two titans and if you are able to I would highly recommend it for its gleefully sheer scope and epic visuals are really going to pop on the big screen but sadly due to the times most will watch it on HBOMax that is not a bad thing but if you are able to see it in a theater I would say that is the way to immerse yourself into this endlessly fun and wild ride. 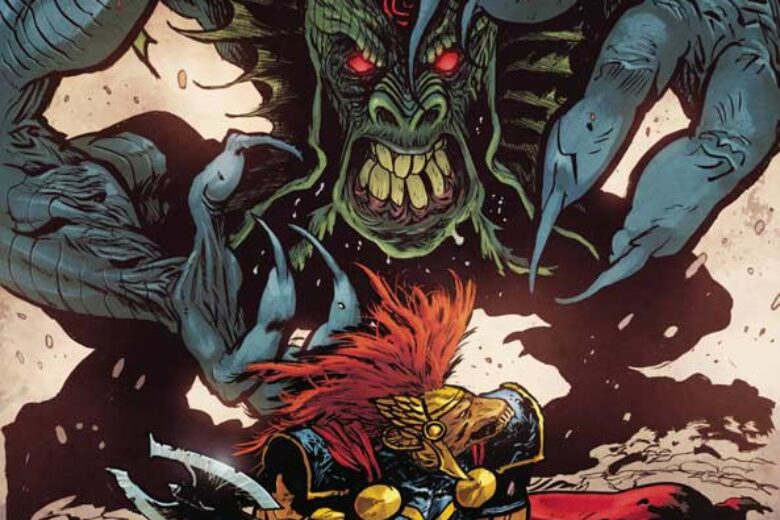 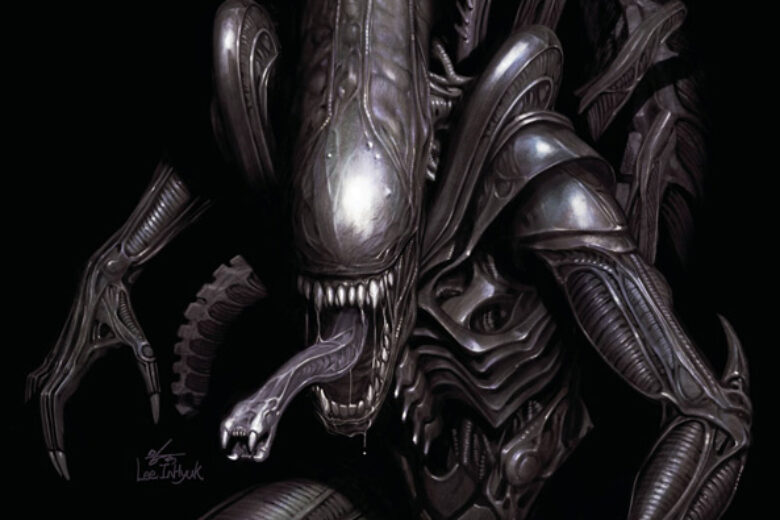