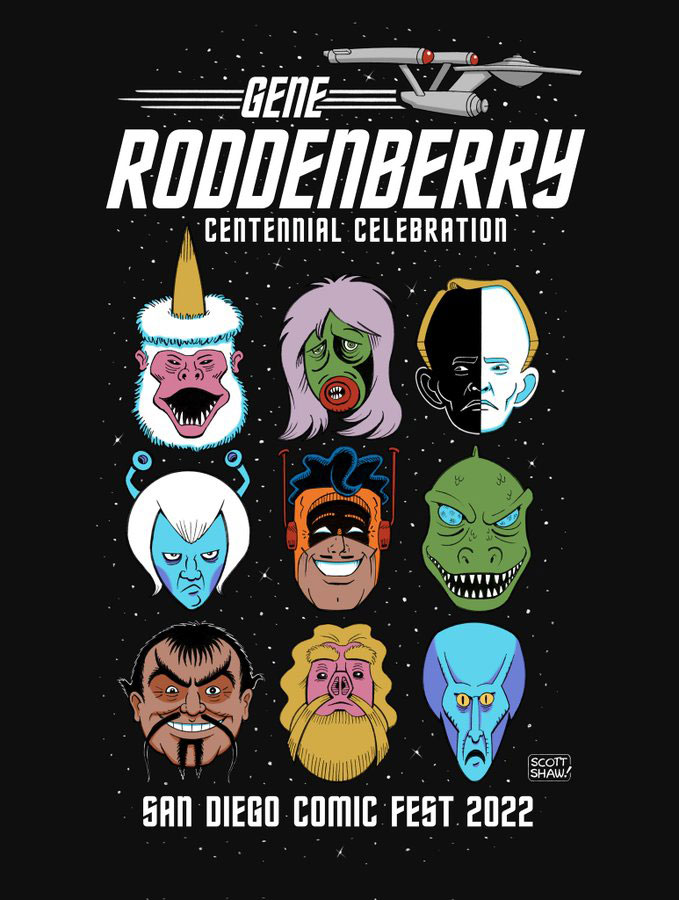 It’s that time of the year again with San Diego Comic Fest this coming weekend I was able to talk to Matt Dunford one of the organizers of the show and was able to once again do a wonderful interview with him about this years show. For more information about the show head over to SDCF Website.

Steven Howearth: San Diego Comic Fest’s last show was in 2020 and was one of the last conventions before the pandemic. Usually you start to work on the next years show soon after the last one, so how did that effect thing for this year?

Matt Dunford: I consider myself very fortunate that I was able to have San Diego Comic Fest in 2020. The show wrapped three days before the quarantine order hit, and the show had ended before San Diego found its first positive COVID case. I love to jump into things, but we had to take a break until the world was ready after the last show. But as things started to heal, I felt the world would be ready for another San Diego Comic Fest. This time around, we only had seven months to plan an event, and our leadership transitioned from our former President, Mike Towry, to our new President, Alonso Nunez. It has been a new learning curve, and there are plenty of challenges, but I always welcome them because I want to put on an unforgettable event and share my love of comics with everyone.

SH: This is the 10th year and 9th show so how has it evolved over the years and how do you try and keep things fresh but continue to make it intimate.

MD: My gift and my curse, how do you grow a convention but still retain the intimate atmosphere, so it doesn’t get too big. I always push hard for San Diego Comic Fest, talking about the event to anyone who will listen. I think the fact that we keep the event set in a contained hotel area does help retain the intimacy. Bigger venues keep people apart, and with our location, you can’t help but bump into legendary creators of comics, cartoons, and science fiction all the time. I feel like there is a little bit of hesitation from the fans to dip their toes back into the convention world in a post-pandemic time. So if you want to dip your toes in on the shallow end, San Diego Comic Fest is the place to be.

SH: How do you come up with a theme for the show each year?

MD: We always want to stand on the shoulders of giants. We celebrate the people, events and stories that shaped not only comics but the entire world. In 2017 we celebrated the Centennial of Jack Kirby; in 2018, it was the Bicentennial of Mary Shelley’s Frankenstein; in 2019, it was 50 years of the Apollo 11 Moon Landing, and in 2020, it was 100 Years of Ray Bradbury and Ray Harryhausen. These are themes that are certainly bigger than you and I and had a tremendous impact on the world and storytelling. I will openly admit that I may not be the biggest Star Trek fan in the world, but I cannot deny the contributions that Gene Roddenberry made to the world of pop culture. He brought science fiction to a wider audience than ever before and created a phenomenon in fandom that will outlive all of us. I feel we owe it to Gene Roddenberry to celebrate his life, his stories, and his legacy at this year’s San Diego Comic Fest.

SH: One of the things that I love about SDCF is the guest and how you try and get a wide swath that touches on different genres, how do you decide what guests you can get and how some can fit into the theme of the show.

MD: As a lover of comics, I can’t help but want to meet everyone who creates them. Sure, I have a wish list of creators who I would love to have around at the show, but ultimately, it boils down to who is available. When I was inviting Special Guests, we were still coming out of the pandemic, so there was a little hesitation from some people, and there were others who had scheduling conflicts. But for the most part, the creators who have onboard have heard nothing but great things about San Diego Comic Fest and want to be involved, and I couldn’t be happier to have them on. I knew we were going to go with the Roddenberry theme, and when that was set, I knew I had to have my eyes set on Peter David to be the Guest of Honor. As I said before, I may not be into Star Trek, but I know he has written many Star Trek novels from his New Frontier series. But no one can deny Peter David’s versatility as a writer. I grew up with his work on X-Factor, Incredible Hulk, and Spider-Man 2099, to name a few. And for 35 years, I would say that he has been the most solid writer in comics. I can’t think of any titles that I have not enjoyed by him throughout his writing career.

SH: This years guest list is very impressive with Peter David, Gregory Benford, Willie Ito, Dustin Nguyen and the ever popular Scott Shaw! How are you able to balance the guest list each year.

MD: Interesting choice of words, the way I invite Special Guests to San Diego Comic Fest is about balance. I like to make sure that various areas are represented, such as writing, sequential art, animation, comic history, and science fiction. I love to bring in these heavy hitters who have made an impact in pop culture so the fans can have the opportunity to meet them and hear the stories behind the stories.

SH: I love the diversity of the panel and how they touch upon many different genres. How do you decide what panel to do and figure out how to fit it all in?

MD: San Diego Comic Fest offers more than 100 unique programs during the course of the event. When it comes to doing panels, I am open to pitches from guests about who they would like to talk to and what they would like to talk about. But when you have so many talented creators, you get to mix and match and see who has teamed up with and where they all fit in best. It becomes a challenge to come up with so many cool programs. Still, it lets you celebrate anniversaries, and themes, answer pressing questions, and work with a limited capacity of six programs going on every out. It is a very fun puzzle to solve.

SH: I alway have to ask this question to you each time we talk, I know that your a huge spider-man fan and read all of the comics. What new comics have you been reading recently that is outside your normal comfort zone?

MD: This is difficult for me to admit, but I’ve been working so hard on San Diego Comic Fest that I haven’t really had much time to read comics. You will always see me spreading the word about the show in comic shops and picking up books while I am there. But sadly, they do pile up on a stack that I hope to have the free time to read one day. I love comics so much that I will give up the free time I have to read them to help cultivate a wonderful event. However, before my duties intensified some of my recent favorites included Firepower by Kirkman and Samnee. The Good Asian has me eager for more. Other stories, like The Me You Love in the Dark, Stillwater, and That Texas Blood, has me hooked and ready to get back on the line for more. Peach Momoko has done brilliant work on Demon Days, but I have to catch up on recent stories. I have nothing but the highest praise for Nick Spencer’s run on Amazing Spider-Man that just wrapped up a while back, and it was so much fun. And I really loved what Donny Cates did with his run on Venom by taking a lot of that 90s symbiote mythos that I grew up on and giving it a tier of respect that I never thought possible. I have more comics than I will ever be able to read in my life, and I like it fun that way.

SH: Finally for those who have never been to SDCF what sets it apart from other shows and why they should attend.

MD: What sets San Diego Comic Fest apart from other shows is that we are a friendly, intimate atmosphere focused on creators. When it comes to other shows, there tends to be a lot of focus on actors from film and television. That is fine, and I have nothing against actors who bring characters to life. But I love to shine a spotlight on the creators who are bringing entire worlds to life, and I think that they should really have some time in the sun. You may not have the time to hang out with creators at bigger conventions because there is a feeling of the hustle and bustle. But at San Diego Comic Fest, you get to take your time and relax with fellow fans and creators. The coolest part about SD Comic Fest is you start the beginning of the event looking up to these legendary creators as heroes, but by the end of it, you are calling them friends. And nothing is cooler than that.

I want to thank Matt for taking the time out of his very busy schedule to talk about San Diego Comic Fest and hope that all of you out there get a chance to go this year. This will be my 3rd year of going to the show and I highly recommend it to everyone. While the show is small it has so many great things to offer with great panels and a solid guest list and you actually get to spend time with everyone and have some great conversations. 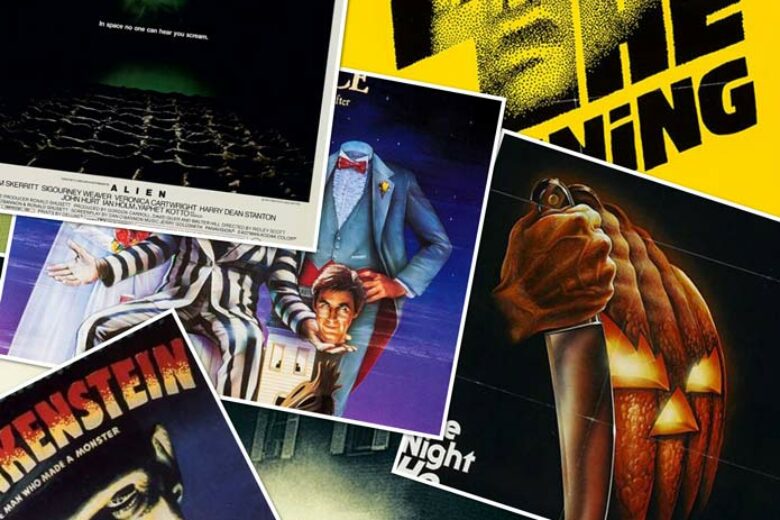