It’s that time of the year where nearly every comic shop in the United States celebrates the world of comics with a selection of free comic books. With movies like Avengers: Age of Ultron, Superman VS Batman and television shows like The Flash, Arrow, IZombie, and Agents of S.H.I.E.L.D are getting people interested in comics. This is the 13th year for Free Comic Book Day and it keeps getting bigger each year.

I will be at Big Reds Comics website 162 North Glassell Street Orange CA, 92866 714-650-0813 from 11am to 5pm along with John Berry and Debbie Hogan to give away tons of free comics and lots of other prizes. If you have been to past Free Comic Book Days with John, Debbie and myself at Metropolis Comics then you know how crazy it can get. Come down and join us for one of the best Free Comic Book Day events in Southern California.

There are lots of great comics for both young and old on Free Comic Book Day. From Superman to Spider-Man, From Fight Club 2 to Spongebob Squarepants there is such a great diverse group of comics for this year that it’s quite impressive. 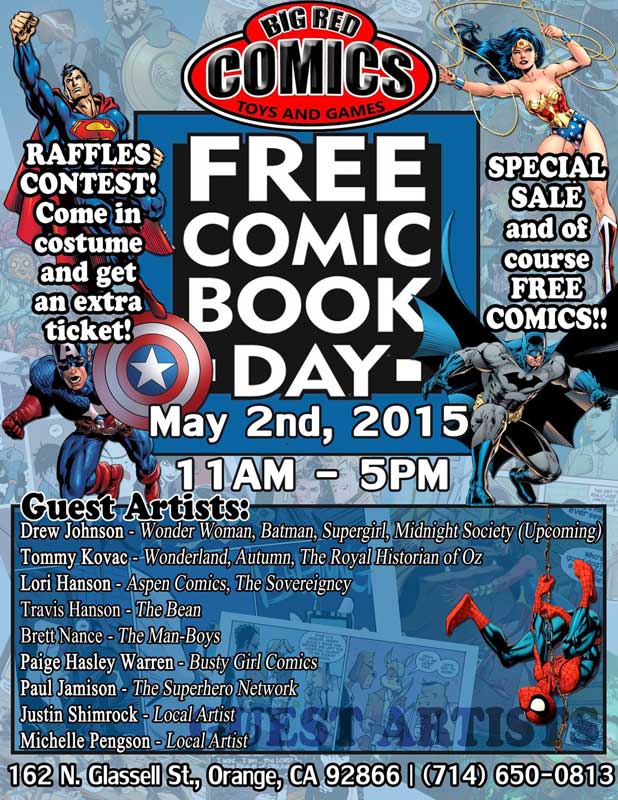 Bongo Free-For-All is always one of the best books in the bunch.

Marvel Kicks off there big crossover event Secret Wars with a preview comic. 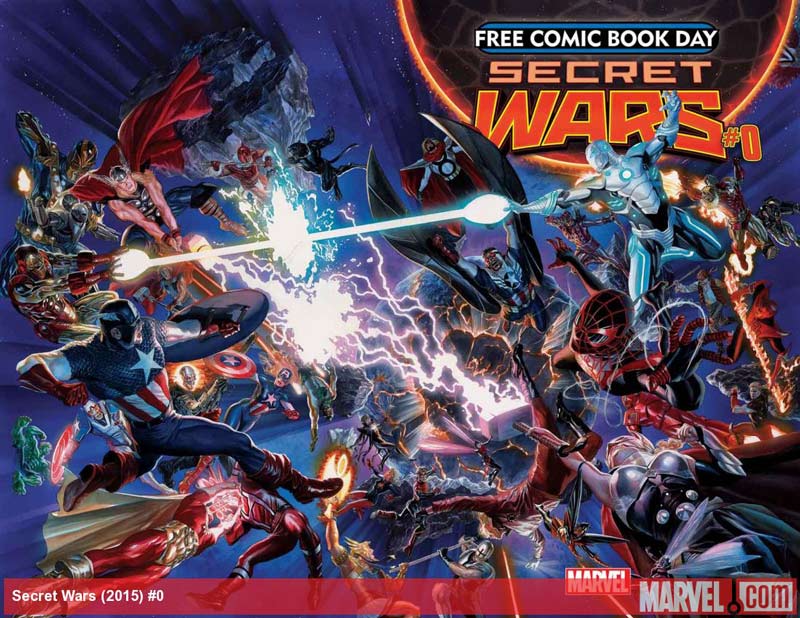 The hit animated FOX series Bob’s Burger is serving up fun this year. 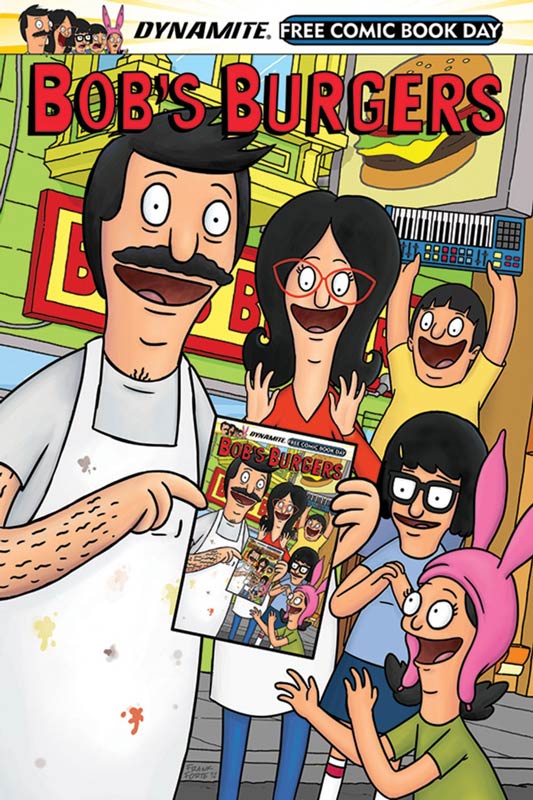 DC Comics big event Divergence kicks off with a full first issue of the story. 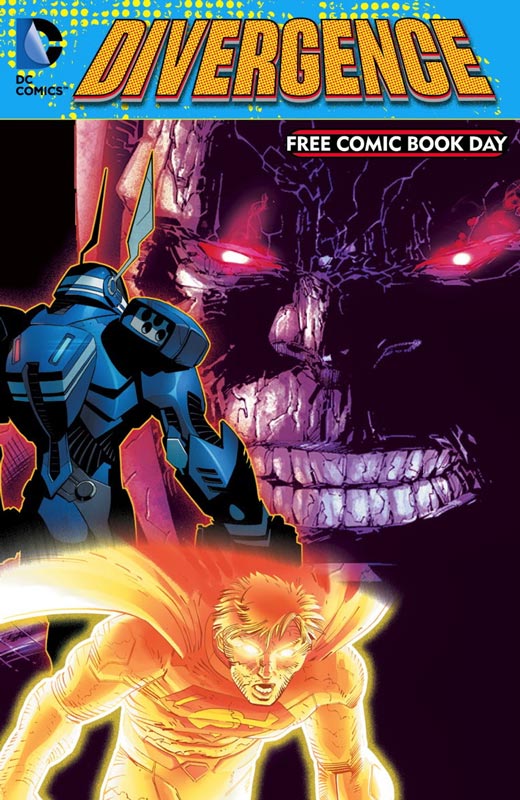 The sequel to the hit film fromt thge writer of the original novel. 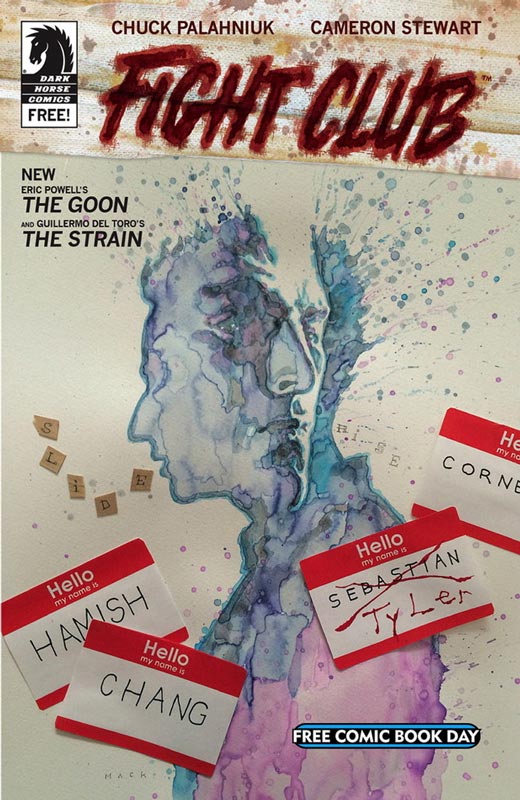 Archie is bringing back their Superhero books and they are really good. 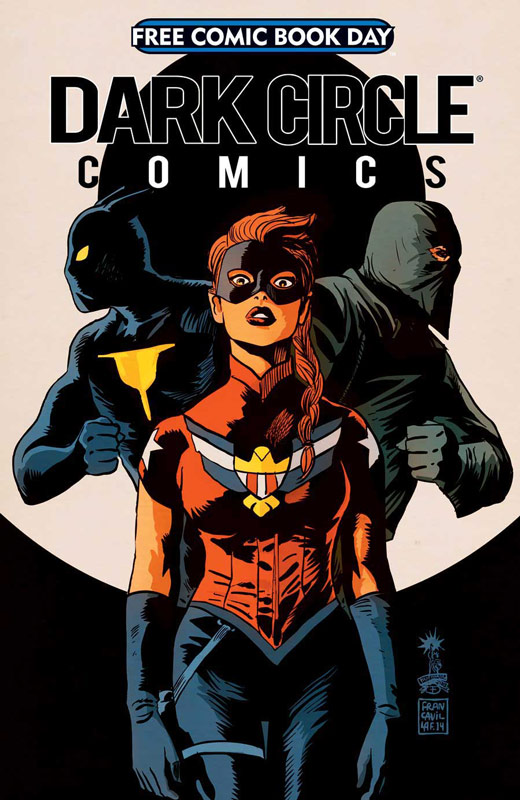 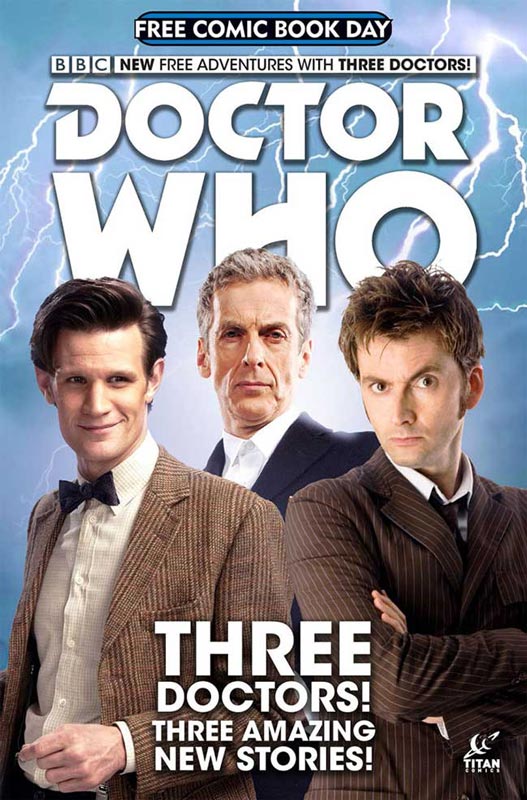 After all of these years Pokemon is still going strong. 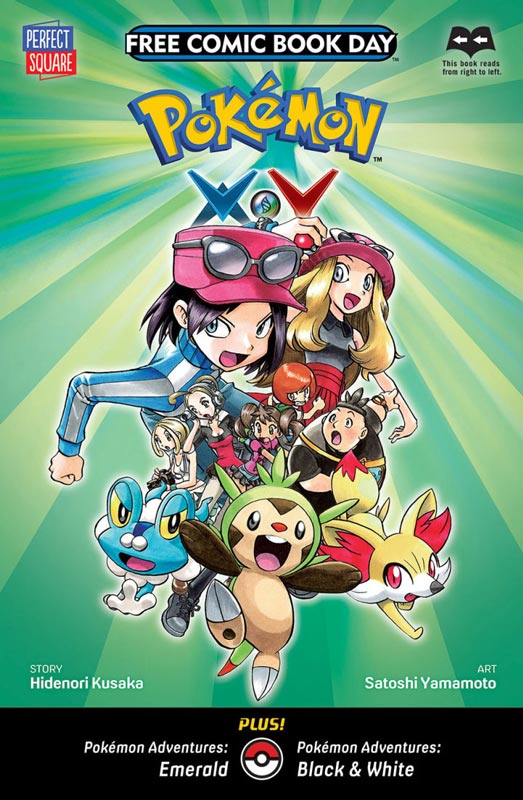 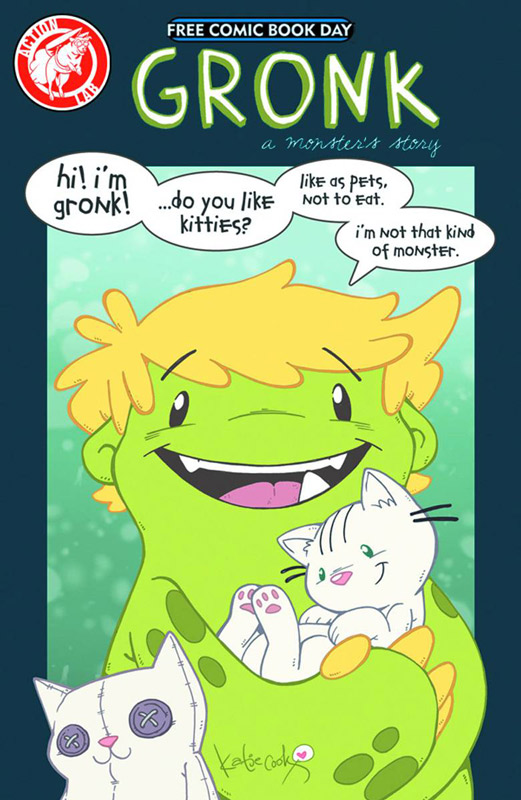 Get ready for the huge Sonic Universe crossover book from Archie comics this summer. 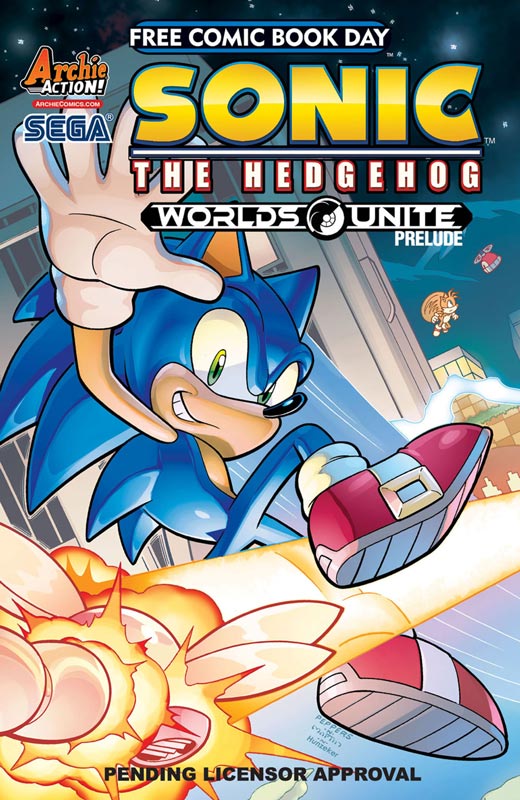 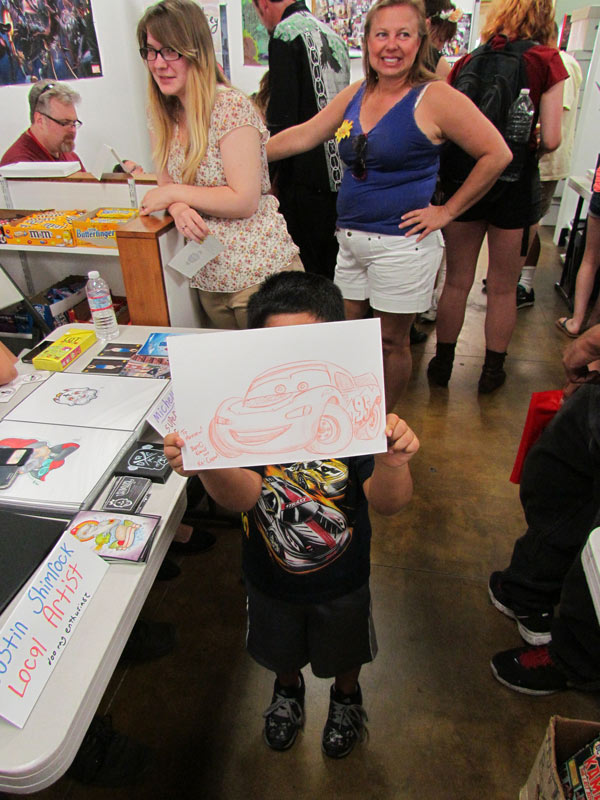