With a great holiday with family and friends last weeks new comic reviews are a bit late but I’m sure that everyone else had a very busy week. So we will get back on track this week. 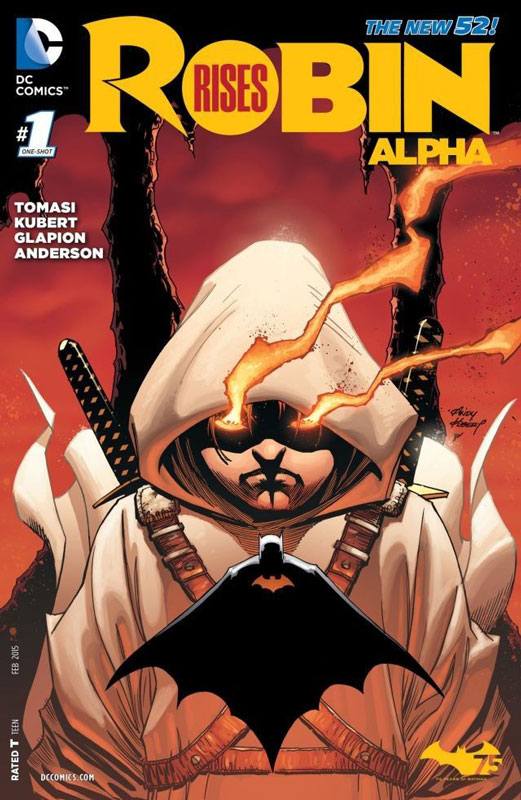 The return of Damian to the Batman fold in this one shot. The plot from DC is, It all ends here! Batman’s been to the hells of Apokalips and back just to retrieve his son’s body. But what has he brought back with him? And who is the new Robin? If you have not been following the story in Batman and Robin then you are going to be pretty lost on what the hell is going on. That being said I will look at the book from that point of view. Tomasi story is sadly bloated and flat. There is a lot of great action in the book but in the end the story really doesn’t need to be stretched out to a special that is $4.99. The ultimate problem is that the story does not have much of a point beyond brining Damian back from the dead and turning him in to Superboy. Kubert’s art is the one saving grace of the book. While this is not is strongest work it is far better than the story that goes with it. He really does a nice job in the action scenes and keeps the book from sputtering out.

Is this book worth your time and money? Not really. In the end the book really doesn’t serve much purpose beyond stealing 5 bucks from your wallet. The story is average at best and the artwork is nice but not enough to recommend it. I would pass on this one. 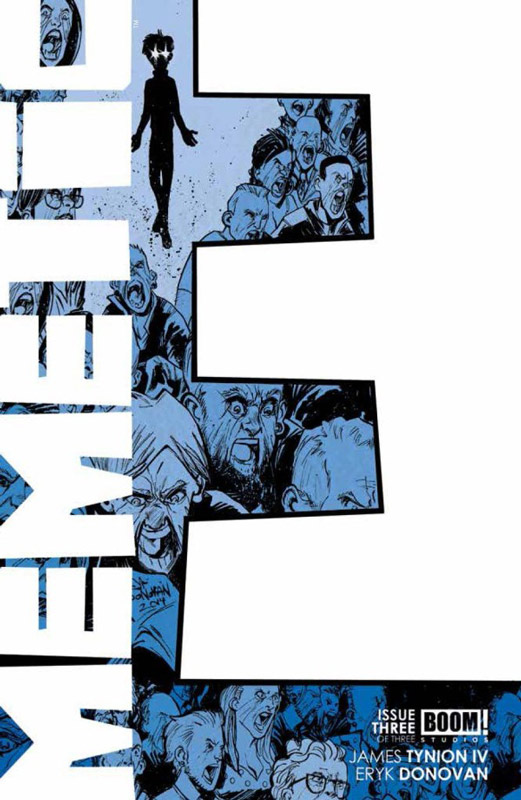 The final chapter of this mini series leaves me a bit perplexed. The plot from Boom!, Day Three is finally upon us. As Marcus’s dwindling team makes its final last assault on the compound of the supposed creator of the meme, Aaron comes to grips with his shocking loss and the impending apocalypse. Tynion has weaved a really interesting story with this book and a lot of people are not going to be thrilled with the resolution (or the lack there of) of the story. I do really applaud Tynion for sticking with the story that he set out to do. In a lot of ways you could see where it was all going to end up in this issue. The problem that I ended up having was that it seemed that some of the characters motivations didn’t quite pan out for me. The conclusion to Aaron’s storyline just felt a bit off for me. I get why Tynion did it I just felt that the motivation was not fully developed for the final act with him. Donovan art is overall serviceable with both good and average moments with the art. In the end its pleasant to look at but could have used a bit more polish.

Is this book worth your time and money? I am really torn on this last issue. While I really applaud Tynion for his idea I just felt that he copped out a bit with the ending. While I certainly didn’t want to see a happy resolution for the story, I felt that the characters fell apart at the end of the story. He tried to not go for the cliché ending but in a way he went for the flip side and did the opposite. It was too anti cliché in my mind, still it was a bold book and still worth checking out. It didn’t fail in the end just felt he cheated a bit. 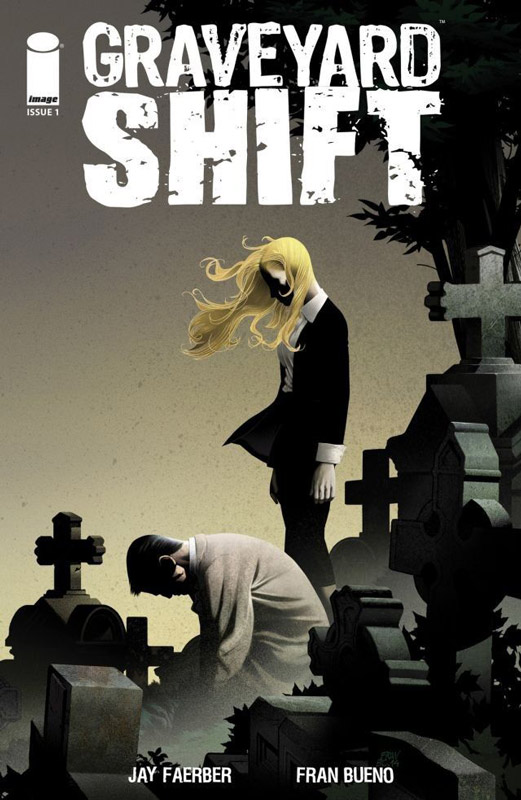 From the team that brought you Nobel Causes comes their new comic. The plot from Image is, JAY FAERBER and FRAN BUENO bring you a new tale of crime, horror, and romance! It’s Fright Night-style thrills and Castle-style crime-solving as a homicide detective and his girlfriend find their love put to the ultimate test when they run afoul of a gang of vampires! Faerber’s story is about as cliché as you get. Sadly you have read/seen this story a million times before. The problem is that Faerber brings absolutely nothing new to it. No new hook or idea is presented in this first issue. I was really bored by this book and not because it yet another vampire story. Faerber is a decent writer but you wouldn’t have guessed it from reading this one. Bueno’s art is nice and he does a good job of at least keeping me visually interested. He does some really nice color work on the book also. But in the end a pretty book does not equal a good book.

Is this book worth your time and money? With so many comics on the stands mediocre books like this just do not cut it. While Faerber promises so future ideas in the letter’s column of the book, if you can have a good or original first issue then why would I come back for more? You have to want me to come back and read the second issue of a book, and in this case it’s not going to happen. Pass on this one! 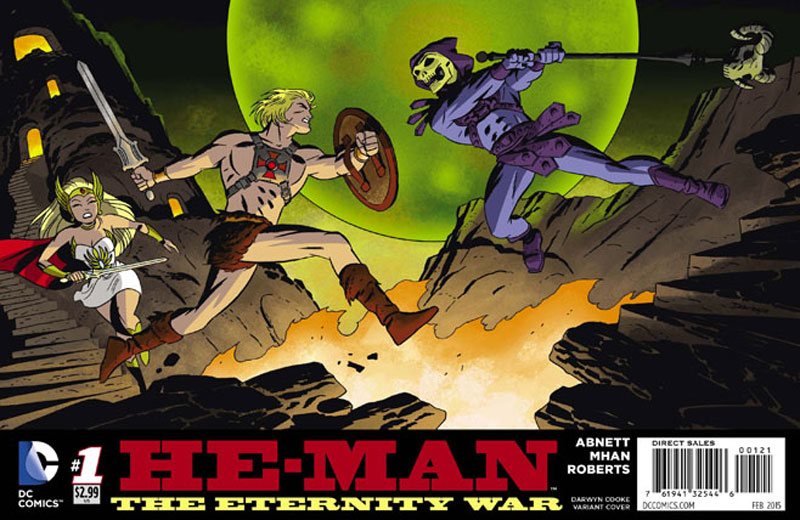 He-Man is back in comics. The plot from DC is, The war to end all wars has begun in Eternia! Hordak and the villainous Dark Horde have taken over Castle Grayskull and plan to use it as a weapon to terrorize and rule the universe. However, a resistance is building led by She-Ra, The Sorceress Teela and the benevolent warrior He-Man! To what lengths will the Masters of the Universe go to reclaim their kingdom? What sacrifices must He-Man make to salvage his family legacy? Don’t miss a moment of this epic new MOTU series! While a comic based on a toy series is not going to be Shakespeare you would hope that it was be a least interesting. Abnett who is writing the wonderful Wild’s End series at Boom! sadly puts on his average writers hat with this book. He really came up with a story that has been done to death so many time that a mad scientist couldn’t bring this story back to life. The dialog is as stiff as the story and the concept is as average as the plastic that they use to make the toys from. As with most of the books this week Mhan’s artwork is the small bright spot of the book. While the artwork didn’t knock my socks off it was serviceable to the story. The only thing that I can honestly say is the best part of the book is the variant Darwyn Cooke cover with classic He-Man and Skeletor.

Is this book worth your time and money? Even if you are a huge fan of He-Man I doubt that there is much here for them to get excited about. If this was a giveaway with the toy it might be ok because it was free but, is a waste of money at $2.99. Another skip it book this week.

A Dynamic Double Feature issue. The plot from DC is, Two Bat-tales in one issue! First Batman and Robin find things in Gotham City turned upside down when the Archer steals the GCPD’s computer and gives the criminals the upper hand on the police. Meanwhile, Barbara Gordon finds her library attacked by the Bookworm, it’s time for Batgirl to sprint into action. This book is the clear winner of the week. Not because the other books were mostly disappointments (that’s a lot of it) but, this book gets so much so right. The first story “The Sheriff of Crime” by Peyer and Bullock is a real treat Peyer’s story is written very much for Bullock’s art style and Bullock brings this story to life perfectly. Peyer keeps the story short and sweet with a really neat hook for the story. Having The Archer take from the police and give to the crooks was a stroke of genus. Bullock’s art is the real treat this issue. Mostly know for his animation work but some fans might remember his Deadman work on Wednesday Comics from a few years back. He brings a great style to the story that mixes the television and the 1939 Bob Kane look to the artwork that was really fantastic. I really have to point out Avina’s color work on the story that really gave the art a great look. The second story by Parker and Case is a fun solo tale with Batgirl vs Bookworm in “Bats, Books and Crazy Crooks” that is a nice change of pace. It’s a real treat to see a Batgirl story in the book and having one of the more oddball villains like Bookworm made the story a lot of fun. Parker keeps the story on point and it has a really nice twist for the ending. Case’s art is nice but there were a few times where there were no backgrounds and that was a bit disappointing.

Is this book worth your time and money. I have been a fan of this book from day one and it’s still a treat to read each issue. The key to the book is that it’s fun and the story and the art are a solid month in and out. This book is almost the strongest book of the week because of good story and art. The stories are focused and interesting. The key is to tell a good story and keep it interesting. It doesn’t have to be original just tell the story well.