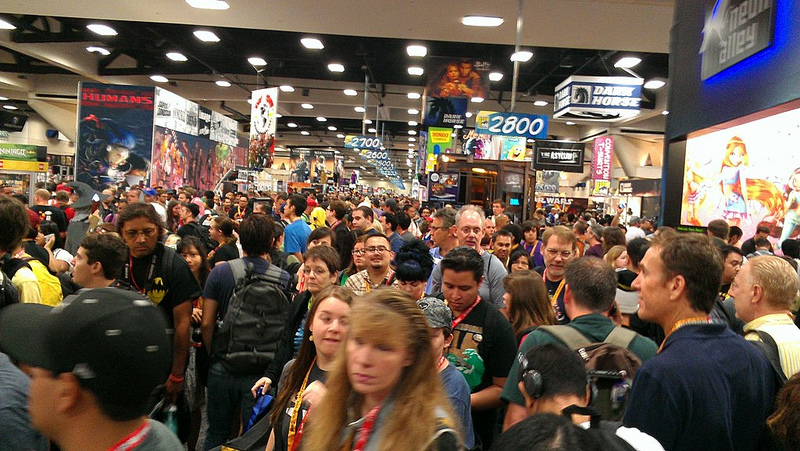 Pop Culture Maven small but determined staff got back late last night and is trying to digest the insanity that is the annual San Diego Comic Con. We covered panels that not many in the mainstream seem to care about. we are working hard to get them up as soon as we can transcribe them. I think that comic artist Adam Hughes summed up the whole con on his twitter last night, “I hope that everyone had a great time at the apocalyptic flash mob that is San Diego Comic Con”. We will also talk about the good and the bad of the con.