Currently my big go to IOS game is currently Pinball Arcade that has recreated some of the most classic pinball tables that we all grew up with and loved. Here is the list of currently available machines that are available on variety of platforms.

Star Trek The Next Generation (Williams 1993)

Tales of the Arabian Nights (Williams 1996)

Creature From the Black Lagoon (Bally 1992)

Elvira and the Party Monsters (Bally 1989)

And the following two machines were in the poll with Centaur and could be on the list of possible machines down the road.

While there are many pinball simulators out there like Zen Pinball and GameProm’s Pinball HD Collection to name a couple. The difference between those and Pinball Arcade are vast. First and for most Pinball Arcade has licenses from all of the major pinball manufactures that made machines like Williams, Bally/Midway, Gottlieb and  Stern (The only other major pinball manufactures were Data East and Sega to which most of there pinballs were based on licensed properties.) By having the blanket license for the best pinball machines ever made is defiantly put you in a pretty good advantage over everyone else. First they acquire the original machine that they are going to emulate. Take it apart and digitize all of the parts, emulate the rom’s and try and recreate as close as possible the original experience of playing the real machine. So far they have really done a great job of recreating each table. While I agree that playing a digital recreation of an actual pinball machine, most of us have neither the money or the space for actual machines. They also include a history of the machine and sales flyers if available. The price of the tables are usually $4.99 for a two pack of tables with some of the licensed tables like Twilight Zone and Star Trek: TNG being a bit higher due to license cost from the studio and actors for those tables. So far there are no big clunkers that have been released. There are defiantly some weaker tables like Harley Davidson Third Edition and Ripley’s Believe It or Not! One would wish that if they are going to do some Stern machines that they would go back farther in the catalogue  and pick better ones like Dracula (1979), Trident (1979), Memory Lane (1978), Quicksilver (1980) and Flight 2000 (1980).

There are some really stand out tables that are available. I would say that my top five machines available now are in not any order, 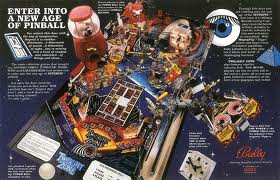 Twilight Zone is one of the hardest yet satisfying machines on the list. Created by Pat Lawlor after his stunning Addams Family table is a real tour de farce. There is so much going on with this table that it’s hard to keep track of the goals at times. The sounds, visuals and layout are equal parts beautiful and a pain in the ass at the same time. 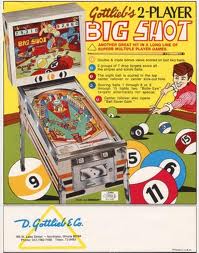 Big Shot was the first electromechanical table that was translated and it’s a real classic. A very simple goal of getting all 15 ball targets down sounds much easier than it seems. Very addictive and fun table. 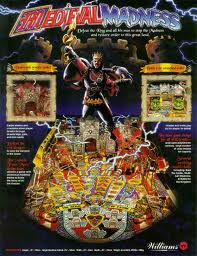 Medieval Madness has great goals and lots of humor to it. a very well laid out play field with great ramp action makes this a really fun table. 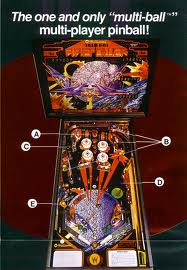 Firepower was the first solid state pinball to feature Multi-Ball and is really tough to try to  lock all three balls to get it. Advancing the table multiplier is really tough goal on this one. A great table layout with difficult goals make this a real classic table. 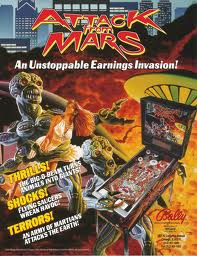 Attack From Mars uses the “video screen” to it’s real advantage. There are great video modes and lots of great humor to this table. The goal of knocking the spaceship out is tough but fairly easy. Many continuous goals always brings you back for more.

The great thing about the Pinball Arcade is the fact that no matter what your platform of choice, it’s available for. Currently you can get it on IOS, Android, PS3, PS Vita, Mac OS and XBOX. I myself prefer IOS on the iPad for a couple of reasons. The main reason is you are able to play it in portrait mode that allows most of the play field to viewed at the same time while the console and computer versions are stuck in landscape mode. I have played on both iPad and PS3 the advantage of the iPad becomes evident quickly. It’s also portable so no matter where you go you always have a pinball machine at your fingertips. The other great thing is that when you buy it for either the iPhone or the iPad you get both at the same time. So you get to play any purchased machine on either one. On a side note you also get the cross buy option on the PS3 and PS Vita version also. The other great advantage of the Pinball Arcade is you can buy any table individually or save a little money and buy a two pack of tables. So if you are a casual pinball player you can pick and choose what you want to get. If you are a hardcore pinball fanatic like myself you always buy both tables at one. There is also another great reason to buy and play this game. The more people that buy and play means that FarSight will be able to continue to bring us classic pinball machines to us and preserve a sadly lost joy of our childhood.