This week brings us 2 new series from image comics

First up is SEX #1 by Joe Casey and Piotr Kowalski. The story is about Simon Cooke who is coming back to Saturn City to run the Cooke Company. We are introduced to some of Simon’s staff and of course the more seedy side of the city that defiantly earns the title of the book. In the first issue it’s unclear why Simon left Saturn City and why he is back. Now I’m sure that the blanks will be filled in but I was intrigued with the story but at the same time was left a little cold with it. Casey is setting things up but felt there was not enough for me to identify with Simon. Kowalski’s art on the other hand was really good. Good layouts and and detail but the coloring by Brad Simpson was for me a little too bright at times and some odd choices.

Bottom line is while I was not blown away by the first issue there is enough there to bring me back for a couple of more issues to see if the story gets a little more fleshed out. 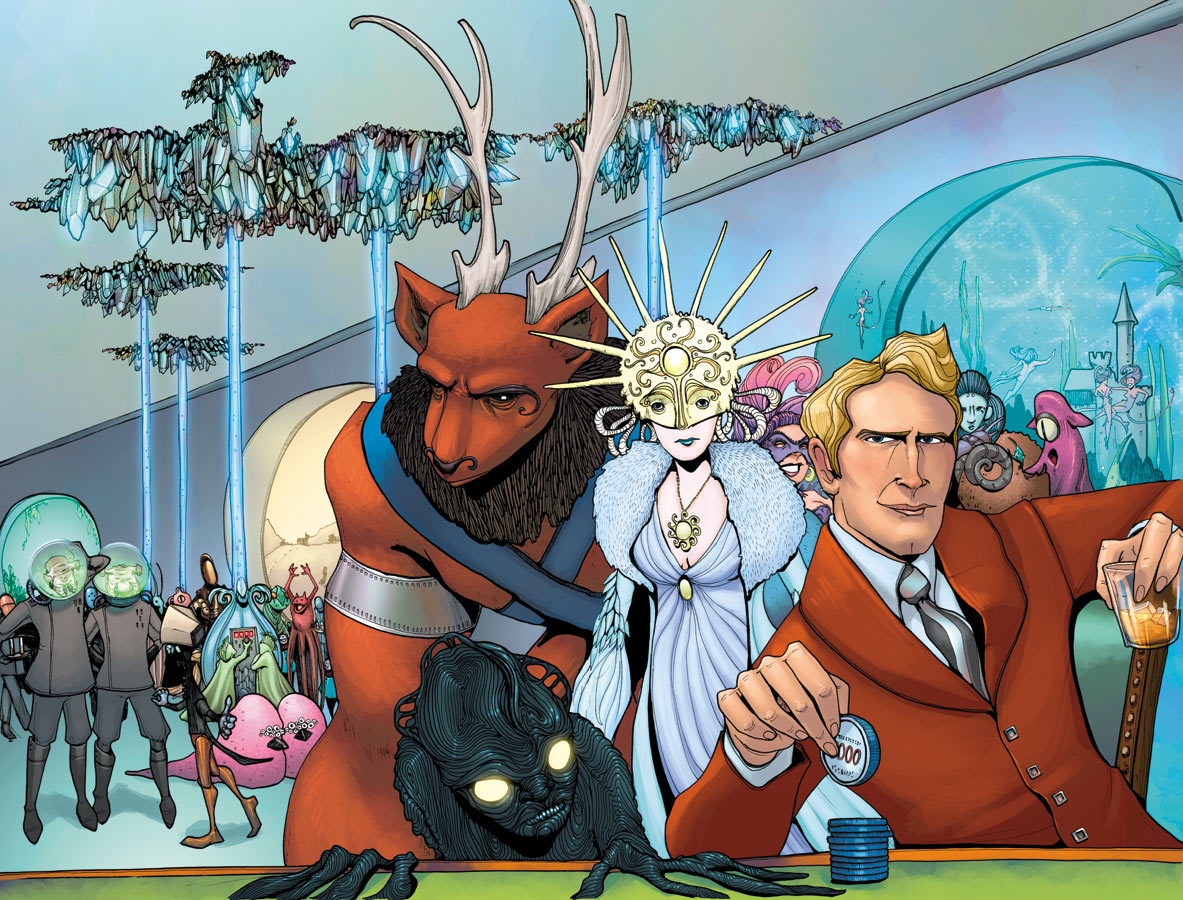 The other new book is Lost Vegas #1 by Jim McCann and Janet Lee of Return of Dapper Man fame. This book gets off to a great first issue. We are introduced to Roland who appears to be a shady gambler who is caught and shipped off to a casino ship called Lost Vegas. It’s basically a prison where the inmates are used as staff and try to pay off there debt against the house but are really stuck there forever. Roland is planning an escape and on the dry run seems to go well until he gets caught in the spaceship bay. McCann’s story is a really good start to the story giving the reader a glimpse of Roland but not revealing too much. I love the idea of a prison being run as a casino and dangling hope that the prisoners might get out. Lee’s art fits the story like a glove. She reminds me a bit of Michael Kaluta but very much her own style. The layouts are simply fantastic and the coloring by Chris Sotomayer compliments the art quite nicely.

Bottom line is I can’t wait for issue two to come out because this is a really fun book.