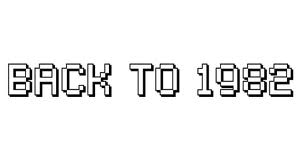 It was 30 years ago today (sorry Beatles)

Was 1982 the best year in films? Maybe and maybe not but by looking back on the films of 1982 one must wonder how it came to be.

Thirty years ago was remarkable year for movies and not just genre specific releases. Here is a list of films that all came out in the year 1982.

While this is not a complete list it does show what a truly great year in film it really was. The science fiction / horror / fantasy genre is really spectacular. You had Ridley Scott’s Blade Runner based on the Phillip K. Dick story Do Androids Dream of Electric Sheep that was very polarizing at the time of it’s release. John Carpenters remake of The Thing that went back to the original John W. Campbell novella Who Goes There and created a a remake that does not negate the original 1951 version but finds a different way to adapt the story. Steven Speilberg’s E.T. The Extraterrestrial at the time of release was the most successful film of all time. Tobe Hooper’s Poltergeist was a urban ghost story that to this day is still debated if Steven Spielberg directed most of the film. Wes Craven’s Swamp Thing was based on the DC comic of the same name. For the first time George Remaro and Steven King teamed up to make Creepshow with it’s nod and wink to classic EC horror comics. JIm Henson’s feature directing debut of The Dark Crystal was a change form cute Muppets to realistic ones. Conan the Barbarian based on Robert E. Howard’s fantasy books was brought to the big screen by John Milus. TRON was a true milestone. It was the first feature film to extensive use computer animation for it’s ground breaking visual effects. After the middling response to Star Trek The Motion Picture in 1979 Nicholas Meyer took the franchise to new creative and commercial heights by bringing back Khan from the original episodes to become one of the most famous villains in film history. Friday the 13th Part III used the 3-D gimmick long dead from the 50’s to great box office success and help revive the fad that seems to haunt us every 30 years.

Animation was strong in 1982 Ralph Bashki’s Hey Good Lookin, Rankin Bass The Last Unicorn, and Don Bluth’s first feature The Secret of NIMH and Alan Parker’s adaption of Pink Floyd The Wall album while not entirely animated brought Gerald Scarfe art to life in animation that was like nothing we had ever seen before. They were all released that year. Disney did not have a new animated feature but re-released Robin Hood, Peter Pan, and the digital re-recording of Fantasia.

There were huge comedy hits like Sydney Pollack’s Tootsie where Dustin Hoffman dresses up as a woman because he can’t get a job as a man. Fast Times at Ridgemont High adapted Cameron Crowe’s book into a teen coming of age story that launched the  carreres of Sean Penn, Jennifer Jason Leigh and Phoebe Cates to name a few. Ron Howard’s Night Shift was Michael Keaton’s first big role in a feature film (Mr. Mom came out in 1983) Walter Hill’s 48 HRS. introduced Eddie Murphy to the big screen after his success on Saturyday Night Live. Bob Clark’s Porky’s gave looking through a peep hole a whole new meaning.

Dramas were not in scarce either. Ben Kingsley Oscar winning performance as the non-violent philosopher. Barry Levinson’s Diner had a cast that is hard to believe was in the same film. Paul Reiser, Mickey Rourke, Kevin Bacon, and Ellen Barkin to name a few. Meryl Streep Oscar winning performance in Sophie’s Choice. Robin Williams first dramatic acting turn in The World According to Garp based on John Irving’s novel. Rocky III was even more successful than the original or it’s sequel.

It’s ironic that there were a number of films that came out that year that at the time was considered failures at the box office but yet are highly regarded now. Blade Runner was a huge box office failure but now is considered a classic.

The one thing that you notice is that a lot of the films from 1982 have stood the test of time are well worth watching again. If history needs to teach us anything I think that we need more creative films like the one’s from 1982 instead of sequels, remakes and the gimmick of 3-D.

How to prep for Halloween