Today has been an outright awful day. There have been three voices that have left us today and the world will be at a loss without them.

Roger Ebert passed away today he was 70 years old. I remember growing up watching Sneak Previews on PBS that he did with Gene Siskel (whom passed away in 1999). As a kid in a small town I liked going to movies but Roger eventually taught me to love film. At one point I had dreams of being a film critic for a newspaper but fate had different plans for me. At one point I worked at Ken Cranes Laserdisc and was able to watch a lot of the films that Roger talked about. My appreciation of film grew. The thing I liked most about Roger was that he actually like a lot of films that I liked. Of course he loved Citizen Kane and 2001 but he also enjoyed films like Dark City and other genre films that most critics really loathed. Roger got films noticed that otherwise might have not been seen by a mere few. Sling Blade was one that he really got behind and I believe that because of him it became very successful. The one thing that is great about the arts is the legacy that it leaves us. Roger Ebert’s legacy will be remembered for years to come with his books and countless reviews. I met him only once when the Cinerama Dome had it’s 25th anniversary and they were playing Apocalypse Now in 70mm and Roger flew in from Chicago to see it. it seemed like Everyone stood and waited to briefly speak to him. I just shook his hand and said thanks for helping me love the film medium and because of him I was watching great films like this. He was so nice and gracious considering I was ready to practically pee myself I was so nervous.

So I just wanted to say from the small town boy with big dreams of being in Hollywood, Thank You Roger Ebert for helping me love film as much as you did. Roger was a master of words so I will now let him finish his story in his own words.

So on this day of reflection I say again, thank you for going on this journey with me. I’ll see you at the movies.– Roger Ebert

Your intellect may be confused, but your emotions will never lie to you.- Roger Ebert

Every great film should seem new every time you see it.– Roger Ebert 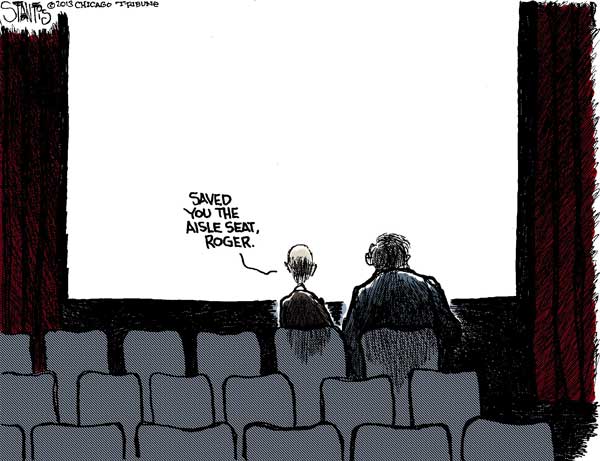