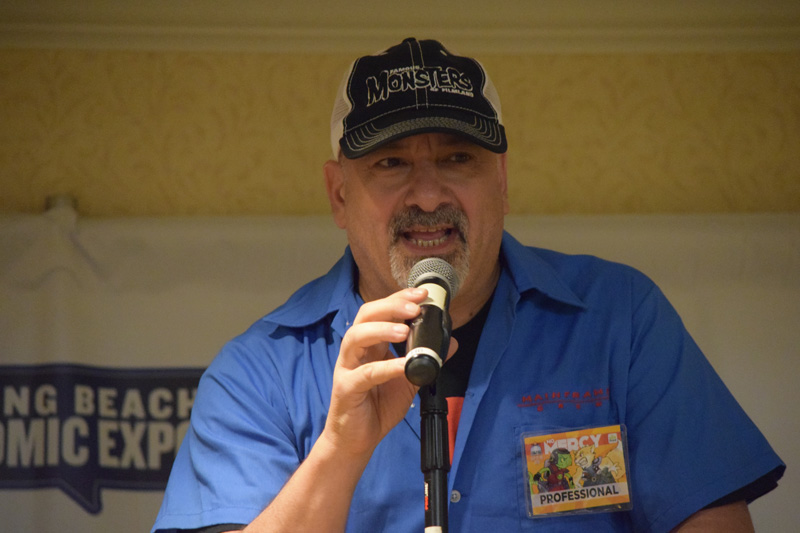 Dan wanted to get a feel for the crowd and asked how long have you been reading comics surprisingly there were two guys who had been reading comics for over 50 years. Dan then asked what readers thought of the DC Rebirth books. Most of the feedback was positive and people were very happy about getting away from the New 52 idea of losing past continuity. There was one fan who started reading DC with the New 52 and was feeling that the Rebirth books were both a little hit and miss for him but there were new titles that he was liking to his surprise. 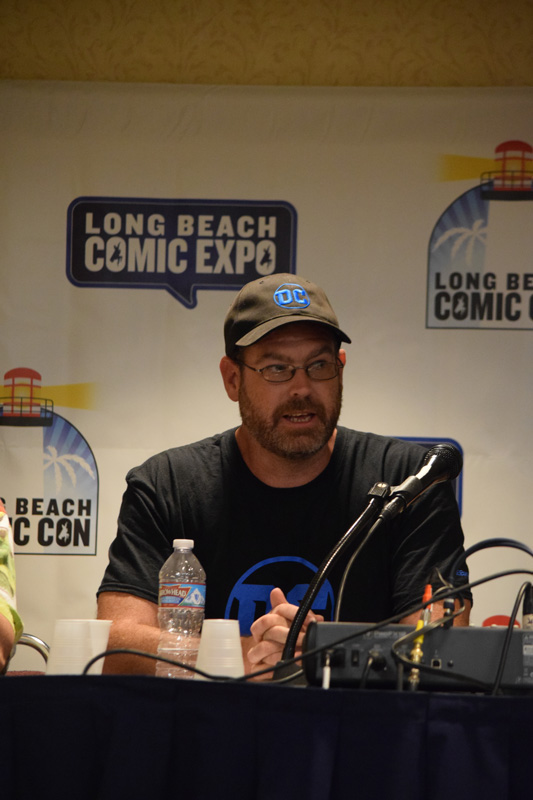 Dan asked the panel to talk about the books that they were working on. Booth said that working on Titan’s and specificlly Wally West is one of his favorite characters is a real dream come true. The creative team is really excited to take the team in a different direction and there are some upcoming surprises. 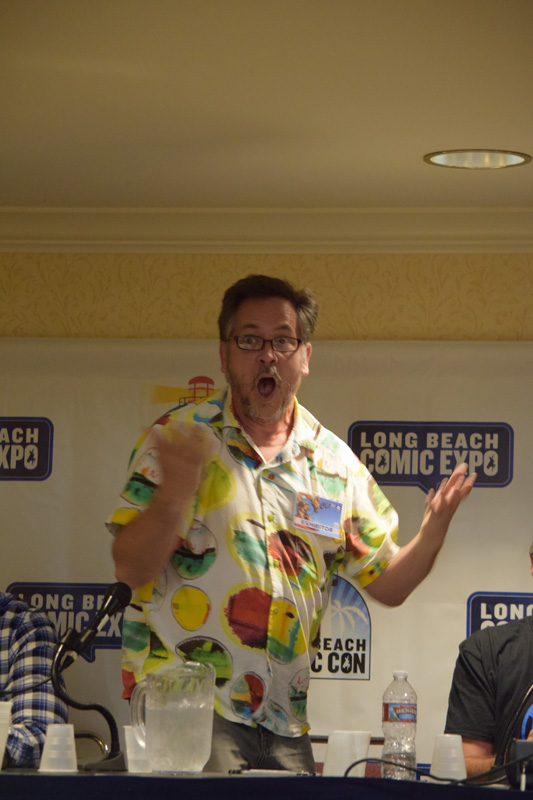 Lobdell was saying that the Rebirth version of Red Hood and the Outlaws is an extension of what they were doing before Rebirth and will continue to stay on the same course with the book because the response has been great to the direction that they are going. 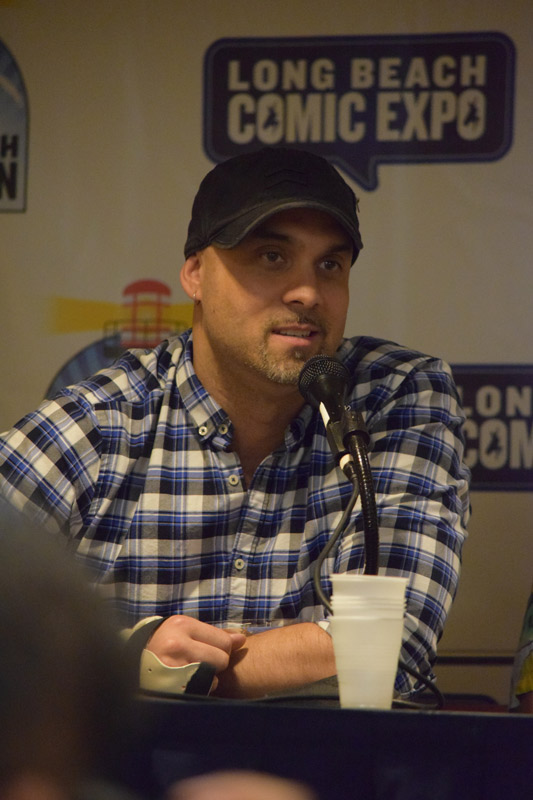 Meyers is very excited for reader of Teen Titans and they are bringing both new and familiar characters and storylines to the book. They are going to be going back to what made the Teen Titans such endearing characters in the first place. 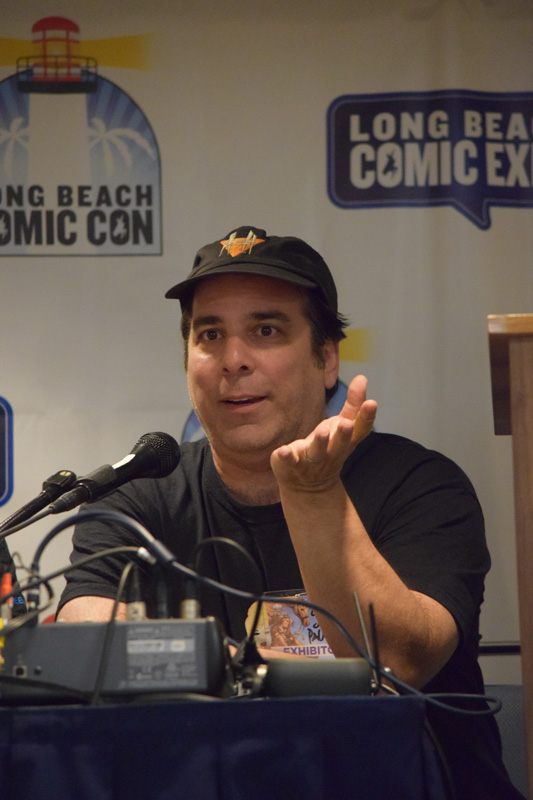 Palmiotti said that the new Harley series will continue to bring the same insanity that has made the series such a huge hit. He talked about Conners cover for issue #1 that was rejected because it had Harley giving birth to the first issue of the comic. She misunderstood what Dan wanted for the cover and she took the whole rebirth thing to heart in the cover. He said that it will see the light of day someday. He asked if anyone liked Lobo and there were a lot of groans from the crowd because of the recent “Twilight” version of him that no one liked. He said that the upcoming Harley Quinn Little Black Book #6. He showed pages to a huge Lobo fan and he gave it big thumbs up. Simon Bisley is returning to the artwork for the book and Palmiotti said that the book will please Lobo fans. He also said that Conner comes up with all of the twisted ideas for the stories and can refer to poop in a thousand different ways.

In the Q&A part both Shazam and the Justice Society of America were asked if they were going to be a part of the Rebirth line and Didio said without saying that they are in the works but he was unable to confirm what is happening with them at this time. There were some fans who were against the bi-weekly schedule and he said that it will remain for the foreseeable future. 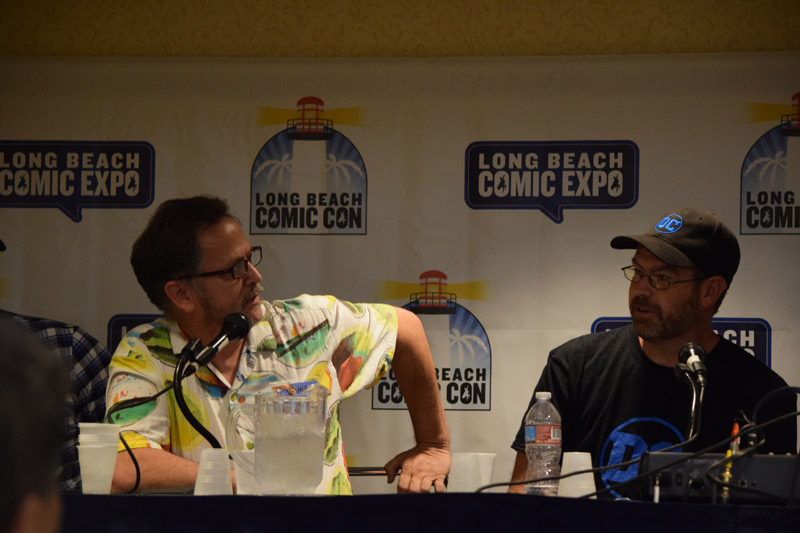 I busted him on reneging on the back 6 issues of Prez that was promised for the book. He said that he was a huge supporter of the book and that they financially could not justify publishing them. I did however thank him for publishing the full Omega Men 12 issues. He did say that Prez writer Mark Russell would be writing more books for them and praised his current Flintstones book. 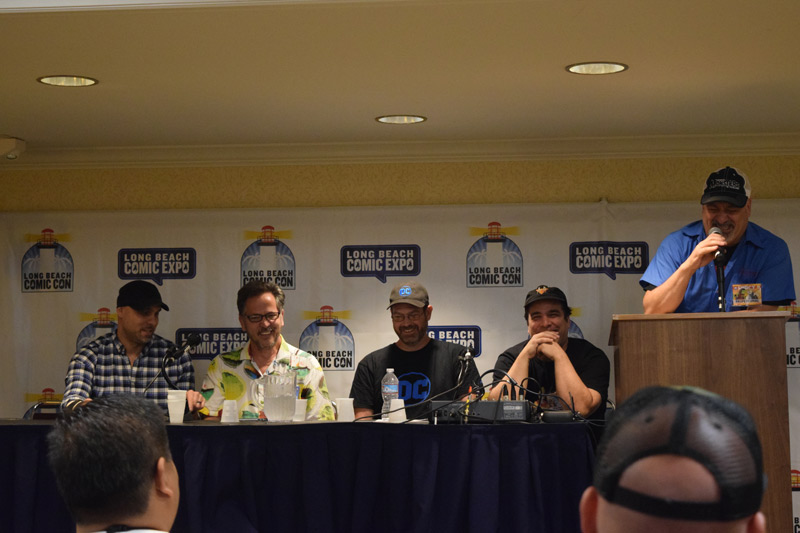 I did speak to him after the panel about the Hanna-Barbera books and he said that he really wanted to talk about them but there were no panelist that currently work on the book so he focused on the books that the panel was working on. 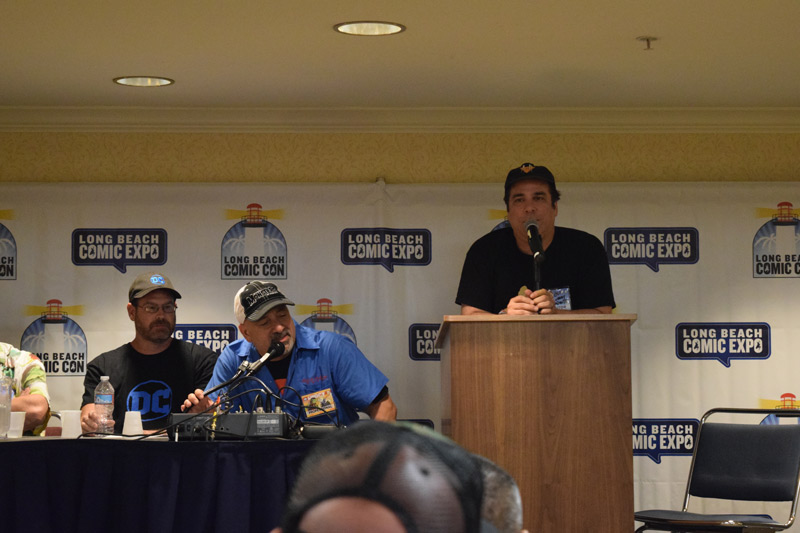 I spoke to Palmiotti also about the upcoming Jetsons comic that he is writing with Conner and he said that they were still looking for an artist and Amanda wanted a specific style for the book that she hasn’t found yet so it probably won’t happen till later next year.

Didio was excited that readers are responding to the Rebirth books and said that there is a lot more to come in the next year. He said that there are a lot of characters that are being looked at in all of the different lines (Young Animal, Hanna-Barbera, Vertigo and DC) and there is still more creators that want to do books for DC. 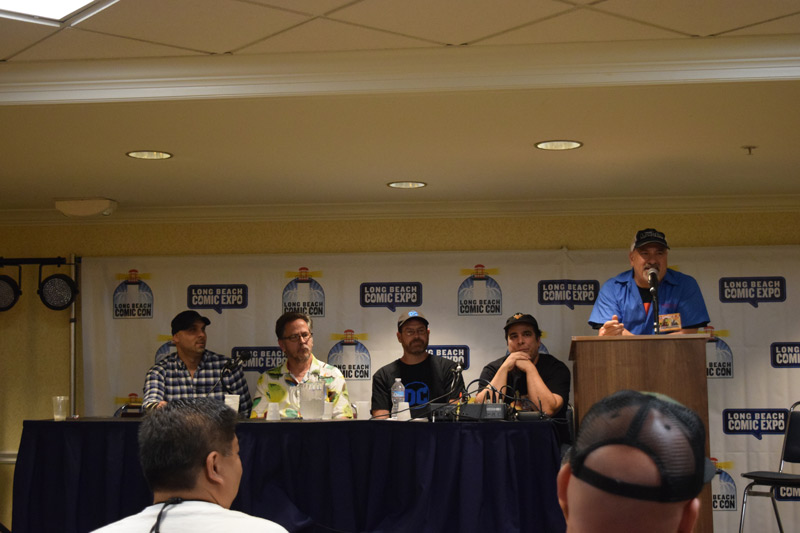 Overall it was a good panel. While there were no shocking revelations and none were expected, it was however a great conversation with Didio who truly listed to every question and comment. He gets a lot of crap from the online trolls about DC Comics but there is no denying that he is a fan of comics and does try to put out books that readers want. The entire panel was truly excited to be working on their books and praise DC for giving them the space to tell the stories that they want to make. You could feel the passion that they had for the books and the history of the characters at DC Comics. DC Rebirth has been off to a good start so far so hopefully they can keep the momentum going. 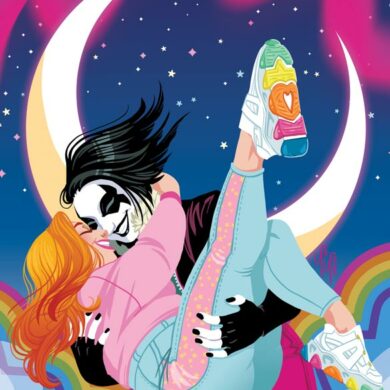