Well we finally have a smaller week with comic books so it’s a bit of a breather with fewer comics than usual. While it’s small there are still some solid reads here so let’s get to it. 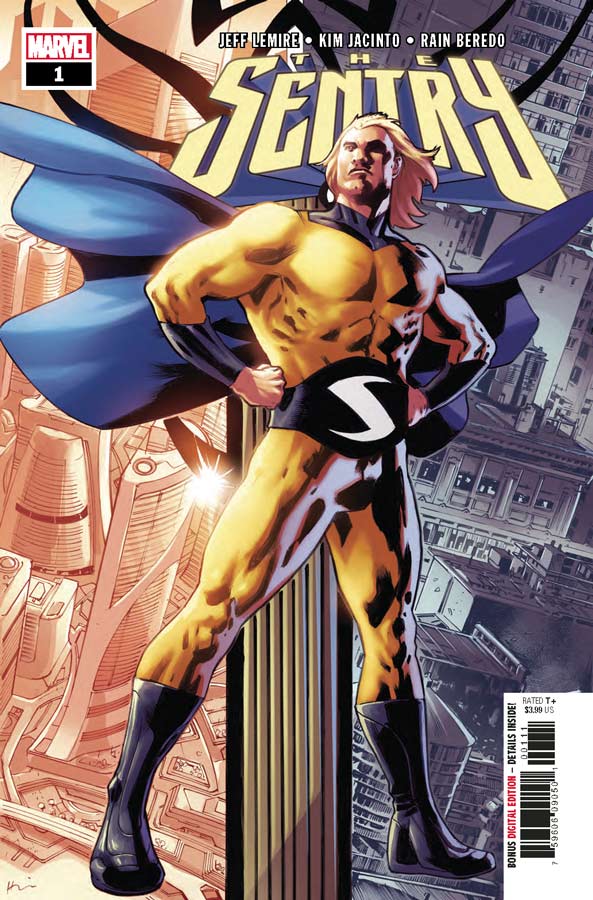 I’m a huge Lemire fan but when he sometimes takes writing jobs for the big two they have been mostly disappointing but, with The Sentry has thankfully changed that trend and gets off to a great start with this first issue. What I have struggled with on a number of his mainstream books is that they are more subdued than his creator owned work but this one seem more of and extension of his current brilliant Black Hammer Universe books over at Dark Horse than a by the numbers Marvel comic. What he does so well here is peel back the layers of Bob and stripped him down to a more human level that gives the story a great emotional impact. By stripping him down make his sacrifice to keep the balance of the two worlds have greater impact to the characters. Sure there are basic story tropes along the way but the story has much deeper roots than a typical Marvel book and that is what I love most about it. The pacing the reveals and the action blend together perfectly here and that doesn’t happen very often at Marvel lately. Another big win for this book is the artwork by Jacinto who captures Lemire’s script perfectly with a gruff feel but with a sharp attention to detail. He is able to flow from the superhero world to the normal everyday world with ease but gives them each a great different feel but makes them blend together seamlessly. Another perfect match for Lemire.

Is this book worth your time and money? I really enjoyed this first issue and really hits the ground running right out of the gate. What I love most about this comic is that Lemire doesn’t try and blow you away with the story, he just lets it unfold so naturally that it washes over you and by the time you hit the end your hooked. Solid story and great artwork make this a big winner this week and a must read comic. HIGHLY RECOMMENDED!

I was really impressed with the first issue of this book but with most Black Mask comics the delays between issues sadly don’t do the comics much of a favor. Wisely there is a small recap of the first issue that gets you back into the groove with this second outing that picks up right from the first issue. As with the first issue it reminds me of independent comics from the 1980’s that were black and white and told personal stories that were far from the mainstream and this book continues that fine tradition. One of the books best assets is Interlandi’s ability to capture the emotions of the characters that mirror the slice of life that is very hard to pull off successfully but she has a great knack for spot on dialog that gives this story a great richness. It’s like your reading a story that’s about you and your best friends just sitting around and talking about nothing but in this case its music and being in a band. As I said with the first issue that the story isn’t really about the band but the characters that are a part of it. There are some great twist and turns with the characters in this issue and I certainly do not want to spoil them but they are not meant to be shocking but more of how life tends to throw you curve balls all of the time when you least expect it. Where this book big strength is with the artwork by Cantirino who’s rough style captures both the visuals and the emotions in Interlandi’s script. I love that it has a rough and mini comic look. That makes it really stand out and becomes a more personal reading experience. It may not be flashy or polished but that is what makes it so great that it matches the personal storytelling of the book.

Is this book worth your time and money. I was very relieved that this second issue lived up to the bar set by the first book. This is a book that really sticks with you after you have read it and takes you on a great emotional journey that you will not soon forget. Scheduling issues aside this is a really wonderful comic that continues to impress. VERY RECOMMENDED! 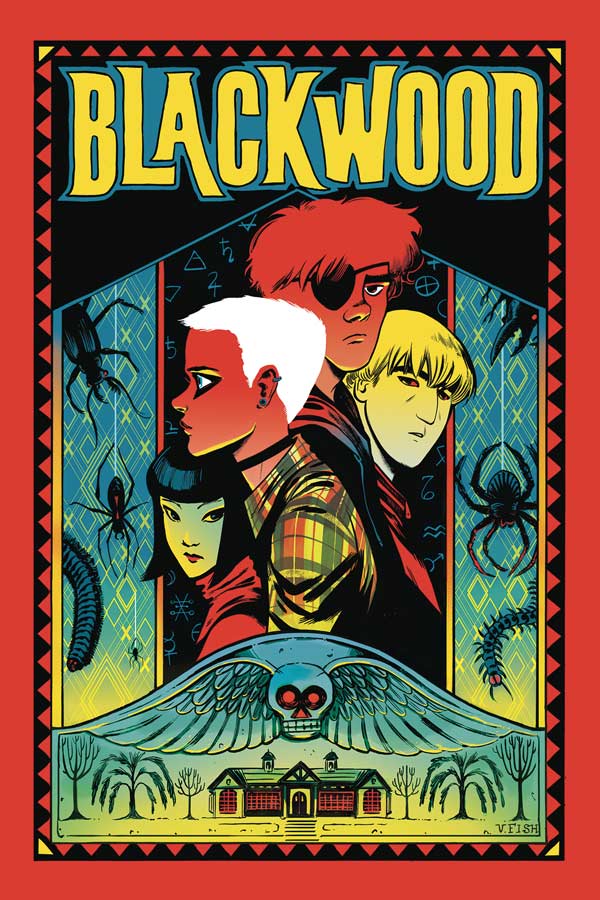 I’ll be very honest that I was not very impressed with the first issue of this book but love the work of both Dorkin and Fish, so I was willing to give the book another chance. While this second issue is a big improvement over the first one, I’m still not sure about this comic. I still feel that the book feels like a Harry Potter clone and that doesn’t change too much with this second issue, but I did find that the deeper story elements introduced this issue did give the book a bit better footing than the first round did. With the deeper mystery a plus the one thing that the book still struggles with is the lack of characters in the book. There is still very little we know about the students or the faculty and is one of the flaws of this story. You really have no investment in the characters so why do you care what is happening to them. Dorkin story continues to trip over this and is where the book ends up failing because of this. It’s not to say that it’s a terrible read but when you read it, your simply going through the motions and really not invested in it. I love Fish’s artwork and she is the only thing that this book really has going for it. The art is fantastic and keeps it from being a total disaster. I just wish that Dorkin’s scripts were as good as her artwork.

Is this book worth your time and money? This book has been a huge disappointment because Dorkin has simply not filled the book with much to grab onto. While there are some interesting ideas here and there, you simply don’t care about any of the characters and that is where the book fails. It’s a real shame because Fish does a great job on the artwork and toys here best to make it interesting but with a flat script she simply can’t save this one. SKIP IT! 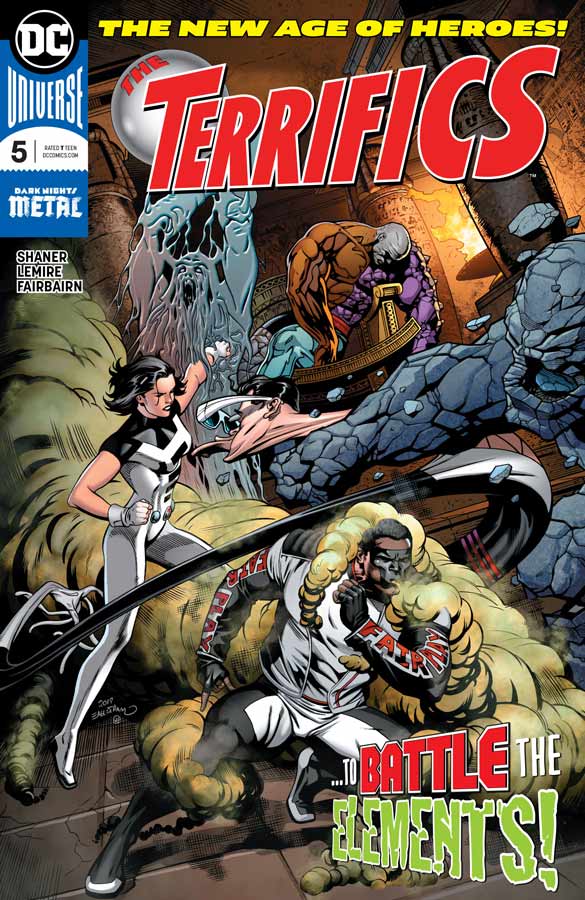 Lets be really honest here the DC New Age of Heroes has been a disaster except for this book. Lemire has really struck gold here with this book and while on the surface it’s a pretty standard superhero team up book, he give the book a wonderful richness of characters and emotions that is what is making this book such a fun ride. He wisely doesn’t try and re-invent the wheel here but what he does very well is give these second stringer heroes a strong emotional core that they have simply not had much before. I love when a writer takes characters that no one else really wants and makes them strong with both emotions and being great heroes. I love when a writer plays with the layout of the story and with this issue for the first 1/3 of the story each character is in the same panel on each page that give the story a unique and wonderful flow that was a nice surprise. The one thing that this book is doing is telling a nice long form story. While each issue has new elements they are adding to an overall story that is very intriguing. This sometimes is a little frustrating because when you read the book monthly you are only getting a chapter at a time and you want more right away. For some this can be a challenge to read but I see where he is taking the story and I’m totally ok with it. This is the second issue with Shaner’s wonderful artwork on the book and glad to see him do another issue. While the rotating artists has been a real struggle with the New Age of Heroes books, The Terrifics has had somewhat consistent feel even with the changes. Shaner really breaks loose with his art in this issue with the action that is a real visual feast and it’s a shame that he is leaving the book. He really captures the emotions of Lemire’s script perfectly.

Is this book worth your time and money? I have been a fan of this book from day one and it continues to move along nicely. While on the surface there may not be huge story elements but Lemire has a great talent for more subtle stories that pay off nicely over time. I like the emotions that he is putting into the characters and I’m enjoying the ride so far. RECOMMENDED! 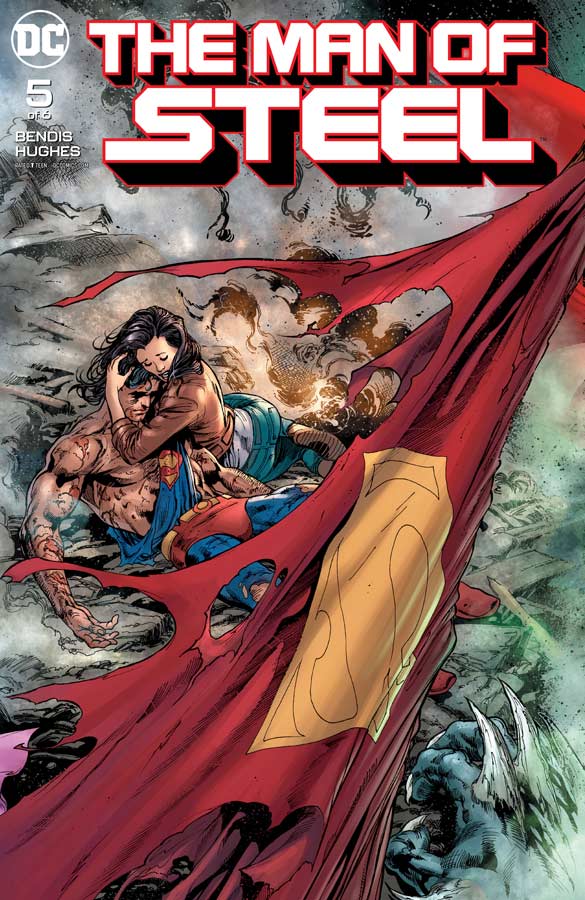 With this next to last chapter of the Bendis reboot of Superman continues to be a solid foundation building to his run. While there are still a lot of questions with many of the story elements Bendis has been unfolding it nicely and coming out weekly has been one of its best assets. The thing that seems to be happening is that while this story will end next issue, there are story elements that will be a spring-board for the regular series when this is over. What Bendis continues to deliver is a classic Superman but bringing him to the present but making sure not to forget the past. It’s a very delicate balance and he has won me over so far. The thing that has been a big plus is the villain hasn’t been just a Doomsday clone and while he has been a real challenge for Superman, he doesn’t come off as just a mindless killer. He has a much deeper story that after what he did to Kandor all bets are off the table. Another strong element of the story has been the weaving in of the other DC Universe heroes and specifically Supergirl that has struggled in recent years. He has done a great job with her in this story and hopefully DC can build on it from here. Getting two issues of artwork from Hughes on a Superman book is a real dream and he continues to not disappoint. It’s the emotional moments in the story that he really impressed me with and there are some really beautiful artwork especially the opening splash page that is both gorgeous and emotional. Fabok does the artwork duties on the Jon part of the story that works well because of the side story that it’s telling.

Is this book worth your time and money? I’m really enjoying this story so far and cant wait to see not only the end of this first chapter in Bendis’s run but where he sets things up from here. A solid story and wonderful artwork has made this a great reason to buy Superman again. 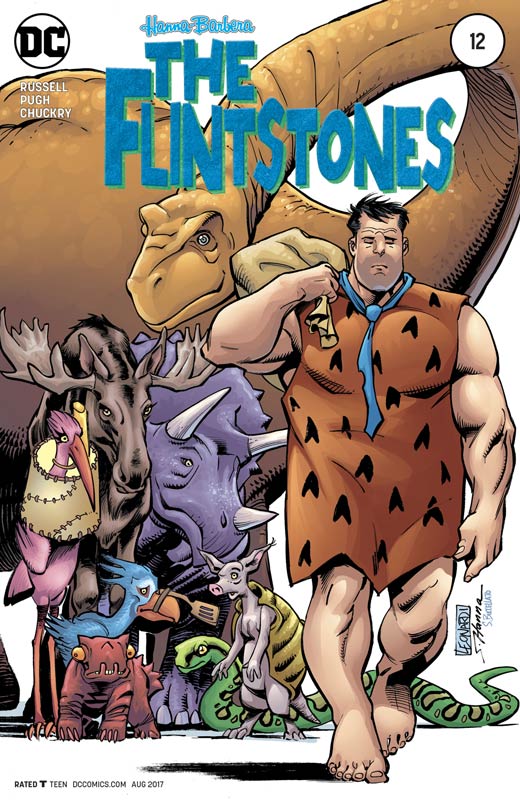 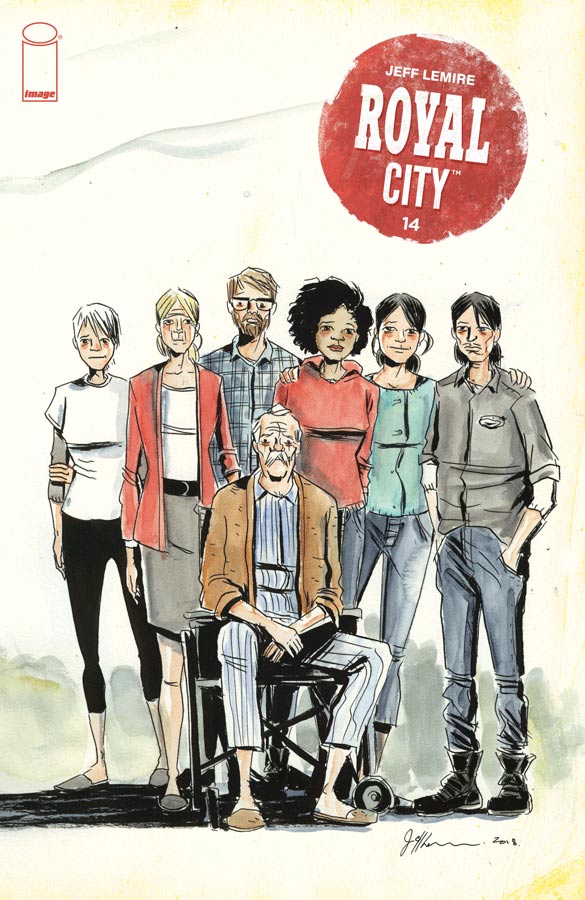 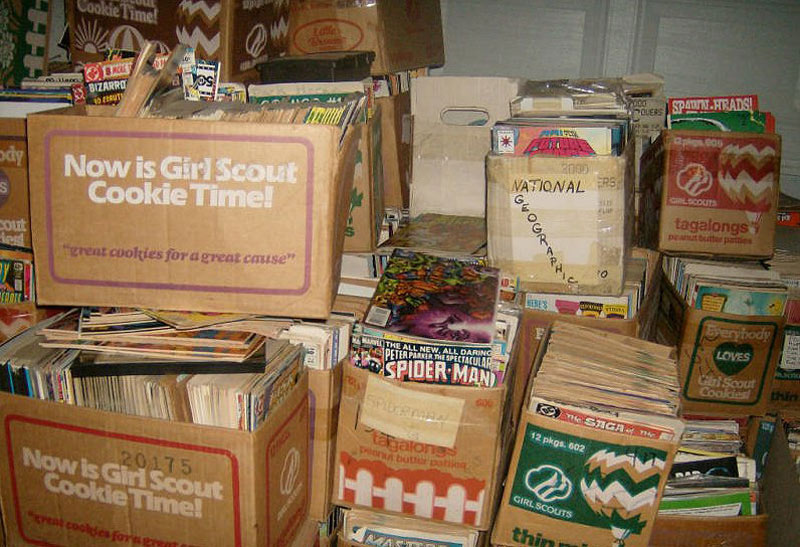 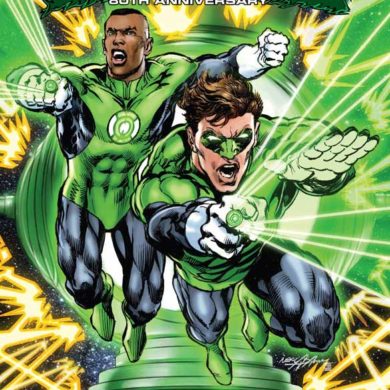 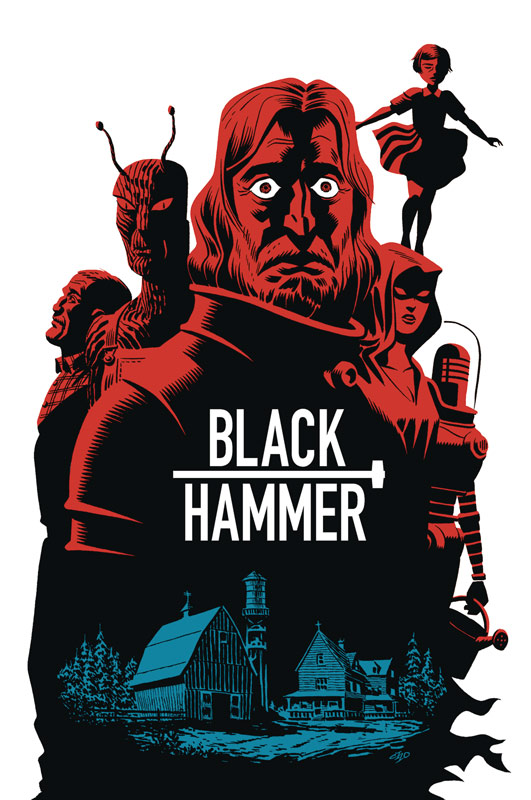