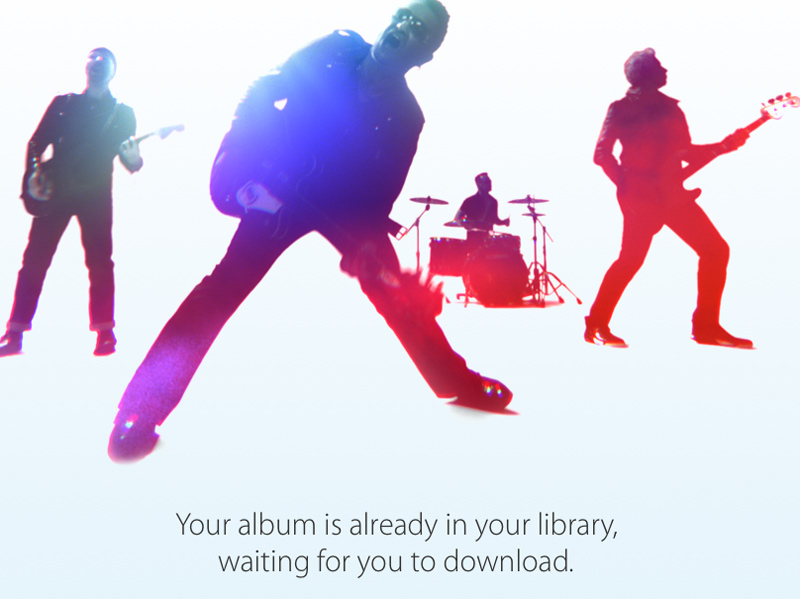 While there is a lot of hoopla that went with the Apple announcement of the new iPhone 6 and iWatch Tuesday the real shock of the press conference wasn’t any of the hardware announced. The real shock was that U2 has teamed up with Apple on iTunes to give away their newest album Songs of Innocence for free, yes FREE. While this is not the first time that a band has given away a full album before, like in 2013 the hip hop group Death Grips with their album Government Plates. This is the first time a major band on a major record label has done this in such a large scope. Now I am sure that Apple has paid U2 a nice chunk of change for this privilege of the free release of the album. Word has it that when the album is released in October to full retail that there will be a more expanded version of it. 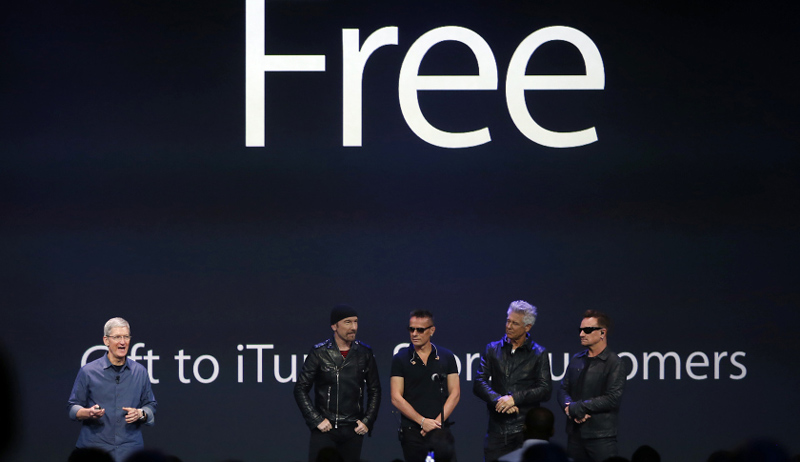 The music industry has been in free-fall for a few years now and most people purchase their music from download services. I am shocked that mass market chains like Wal-Mart, Target and Best Buy still stock CD considering the small amount of profit that is made from the square footage devoted to it. This does not include the few record chains that are still around like Amoeba Records and Rasputin Music where customers flock to in droves because of the vast selection of music available. The music industry instead of originally embracing downloading of music and keeping CD prices way too high they have nearly destroyed the music industry.

There are two interesting thoughts on the free U2 album on iTunes. First it will be to see if the sales on the full release of the album are going to do well considering that almost everyone would already own the album. And will this change the way that artist and record labels promote music. In the case of U2 money is not the driving force because they make a ton of money when they go on tour. The second is will this free album giveaway be a shot in the arm to the music industry. I think that a lot of the reason that music sales are flat is because the way that people used to listen to new music is practically nonexistent. MTV doesn’t play music videos anymore yet they still have a music awards show and I have yet to figure that one out. People used to listen to the radio to hear new music and while people still may listen to music in their car I imagine that most people plug-in their iPhone or iPod to listen to music that they already own. The other thing is the lack of any new breakout artist. While there is always new music and some artist become hot, very few of them last beyond a few years at the most. I would say that they vast majority of music sold in the long run is artist that are at least 5 to 10 years or even older.

For U2 this is a real win-win situation. They instantly have the biggest selling album of the year if not the last decade. It’s estimated that iTunes has 500 Million accounts and if you figure on the lowest end that 1/2 of those are currently active. It’s easily achievable that the album will “sell” well in excess of 100 million free downloads. This will translate into many consumer doing two things. They could either buy from U2’s previous catalog of songs and albums and possibly going to their concert when they go on tour because they enjoyed the album. They are using this promotion as a “loss leader” to get more money down the road. They even preformed songs off of the album live at the event. It’s also a big win for Apple because they get exclusive content for their iTunes service and get even more free publicity for their products and services.

Bono has released this statement about the album and the deal with Apple:

‘Remember Us?’ A letter from Bono, on the arrival ‘of our new baby’ – Songs of Innocence.

Remember us? Pleased to announce myself, Edge, Adam and Larry have finally given birth to our new baby… Songs of Innocence. It’s been a while. We wanted to get it right for you/us. We just finished it last week and thanks to Apple and iTunes it’s with you today. That’s already amazing to me as it normally takes a few months to turn this stuff around.

Part of the DNA of this band has always been the desire to get our music to as many people as possible. In the next 24 hours, over a half a billion people are going to have Songs of Innocence… should they choose to check it out. That is so exciting. People who haven’t heard our music, or weren’t remotely interested, might play us for the first time because we’re in their library. Country fans, hip hop afficionados from east LA, electro poppers from Seoul, Bhangra fans from New Delhi,Highlifers in Accra… might JUST be tempted to check us out, even for a moment. What a mind blowing, head scratching,21st century situation. Over 500 million people… that’s a billion ears. And for the people out there who have no interest in checking us out, look at it this way… the blood, sweat and tears of some Irish guys are in your junk mail.

You’ll have noticed the album is free to U2.com’ers from the band. It’s also free to everyone on iTunes thanks to Apple. To celebrate the ten year anniversary of our iPod commercial, they bought it as a gift to give to all their music customers. Free, but paid for. Because if no-one’s paying anything for it, we’re not sure “free” music is really that free. It usually comes at a cost to the art form and the artist… which has big implications, not for us in U2, but for future musicians and their music… all the songs that have yet to be written by the talents of the future… who need to make a living to write them.

We’re collaborating with Apple on some cool stuff over the next couple of years, innovations that will transform the way music is listened to and viewed. We’ll keep you posted. If you like Songs of Innocence, stay with us for Songs of Experience. It should be ready soon enough… although I know I’ve said that before…

I hope after listening to our new long player a few times, you’ll understand why it took so long. We really went there… it’s a very, very personal album. Apologies if that gets excruciating… actually, I take that back. No apologies if it gets excruciating. What’s the point in being in U2 if you can’t go there?

There is no end to LOVE.’

The ultimate question that is raised about this is will this fundamentally change the way the record labels and artist promote their new albums? I don’t think everyone is going to start to give away their music for free and remember that U2 is receiving financial consideration for the album from Apple. Will this be the shot in the arm that the record industry has so desperately needed? Only time will tell. 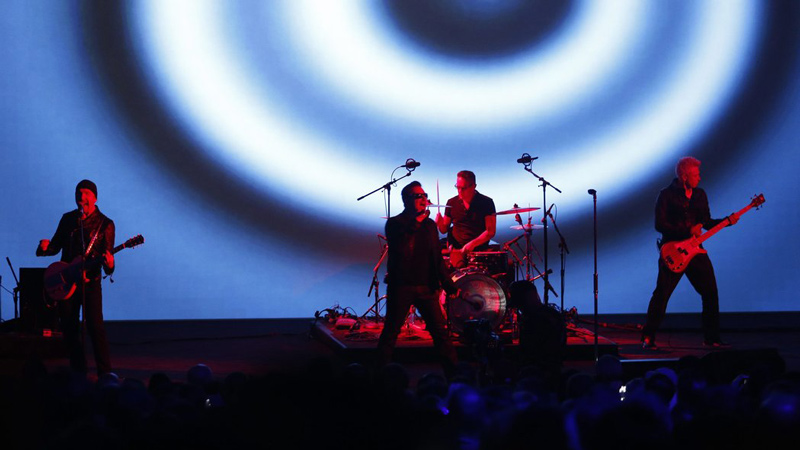 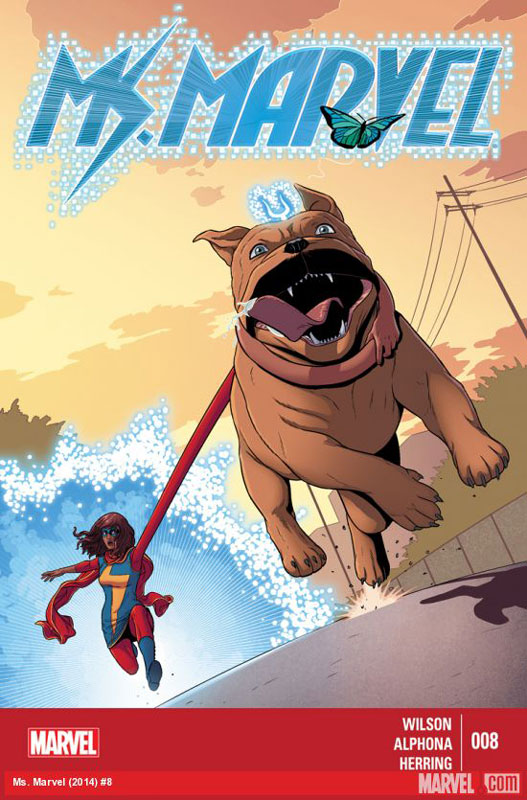