Today in the Hollywood Reporter there was a story that the head of the Theater Owners Association John Fithian said this about the Oscar Best Picture Winner 12 Years A Slave,

“It’s not that I didn’t consider the movie worthy of watching. Quite the contrary. 12 Years a Slave constitutes one of the most important movies of our generation. It’s simply that, for me, the movie was too unequivocally intense to watch in a cinema, so I waited and watched it home,”

The thing that I take away from this story beyond Fithian sticking his foot in his mouth, is that not only Hollywood has lost its way of making good films for theaters but theater owners don’t want non blockbuster films. While there is nothing totally wrong with tent pole films it just seems that is all that is coming from Hollywood now days. They only know how to make $200 million dollar blowout fiestas based on toys, comics, books, along with sequels and unnecessary remakes. It like the theaters are being held hostage by Michael Bay. Going to see “popcorn” films are fun and every once in a while they can be good but, it didn’t used to be like this. It seems as if every year I get less excited to go to the movies and find that there is much better quality entertainment on television. Newer shows like Hannibal, Game of Thrones, Mad Men, Braking Bad, Orange is the New Black, The Walking Dead, and Shameless along with some older shows like Fringe, Chuck, and Pushing Daisies do more in an hour then all of the Transformer films put together.

It seems that the quality films are sadly being seen by lees people. I doubt that most people saw more than 2 or 3 of the best picture nominations in the theaters. With theaters being clogged up with a lot of been there and done that. Television is really where the quality writing is, take The Walking Dead for example. Not only is the show successful it shows that you can have a very well written show that is immensely popular too. I will even give Gravity that was both popular and very well written that was better than almost all of the summer tent poles last year. In the case of Hannibal it has brought back the horror genre that sadly has died a long time ago in theaters. It’s now just torture porn, found footage, or based on a story told to some one on twitter said that it was true. Hannibal has it’s fair share of blood and guts but it’s the characters that make you watch it and come back for more. It also doesn’t go for cheap thrills to drive it either. It seems as if Hollywood film studios don’t understand that you can have a big budget film and still drive it with story. The Nolan Batman films are a rare example of that. The main problem with Hollywood is that once something becomes successful then they all try to recreate the same thing themselves. Look at the Twilight films. They made so much money every studio in Hollywood started to buy young adult books and started to crank them out, a few good and tons of bad ones. Going to the theater should be an experience. Hollywood seems to have traded that idea for gimmicks like 3-D that only add to the price of admission and not to the quality of the films.

I am not saying that big budget films are bad and all films should have a meaning. I just wish that there was a balance of films that were available. It just seems that budgets get bigger but the quality is getting smaller. Jaws was the first tent pole summer film but the reason that it did so well is that it was an incredible film. Probably the last year that had a quality film as the top grossing film of the year was 1998 with Saving Private Ryan. Films like the Avengers are all fun and everything and made over 1.5 billion dollars worldwide is anybody really going to care about the film in ten years from now, probably not. I would guess that people will still want to see films like The Life of Pi and Argo in ten years. I would also say that The Life of Pi was more visual spectacle than the Avengers was because there was a real sense of wonder to the visual effects then just blowing crap up. 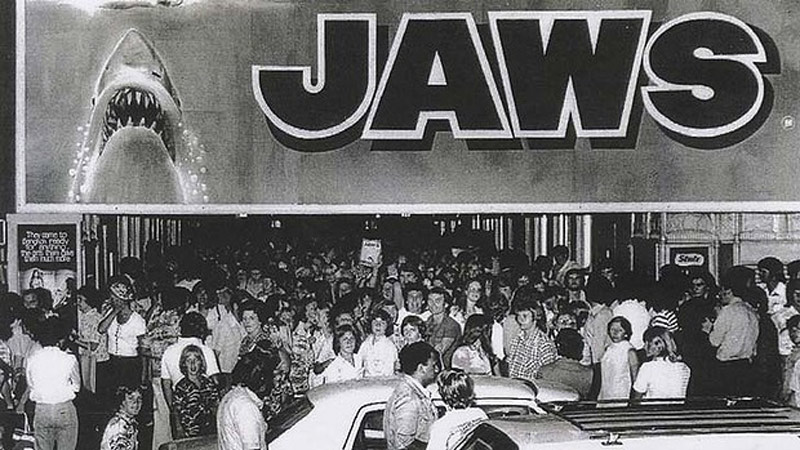 I disagree with Fithian because 12 Years A Slave is a film that you should see in the theater because when you see the film on the big screen it make a much deeper impression. Yes it’s extremely difficult subject matter to watch but when you experience a film like that in a theater it should take you to a place that you may not be familiar with. That’s what going to the theater used to be about and sadly both the Hollywood studios and theater owners just care about making money and not giving the audience an experience that you can’t get at home. It seems now that the theater experience is on television now and I find that very sad.

Below is a chart from shortoftheweek.com that was done in 2012 and hasn’t really changed much.