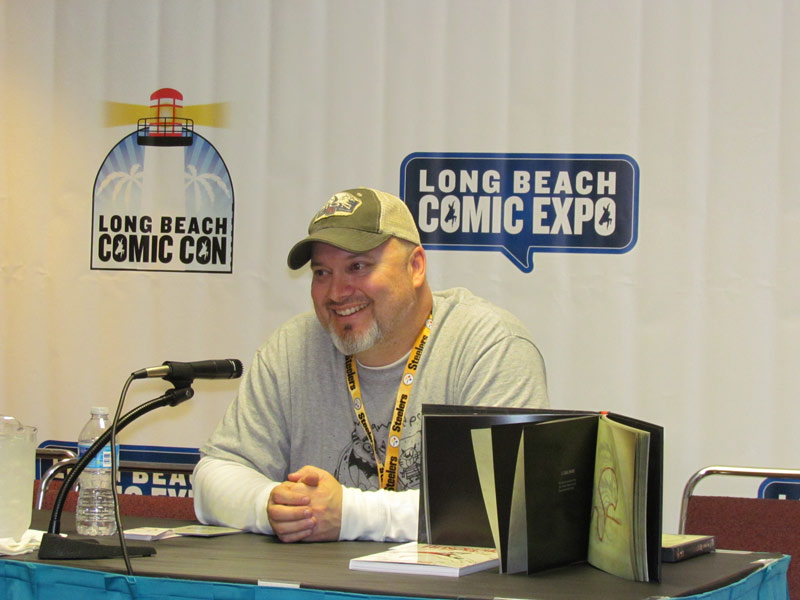 There were some great panels that the Long Beach Comic Con Expo had at this last weekends show but one of the ones that was my favorite was the Mike Kunkel panel. Mike is the creator of Herobear and the Kid and has also done a number of Kickstarter book with his latest being The Art of the Squiggle that shows how every drawing always starts with just one line in the beginning and can be anything that you want it to be. It was a small and intimate room that was filled with lots of kids. Mike gave everyone a sheet of paper with a pre made squiggle so that everyone would be able to draw whatever they wanted to do. 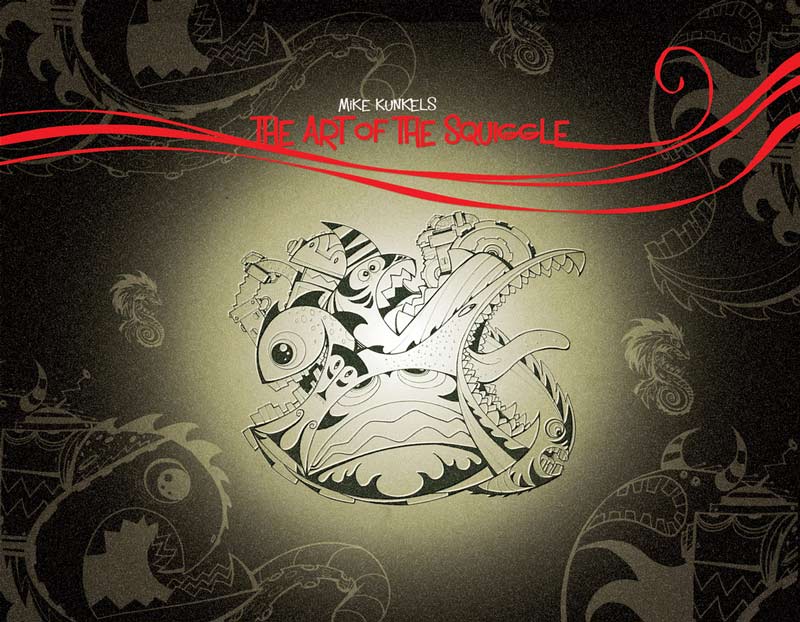 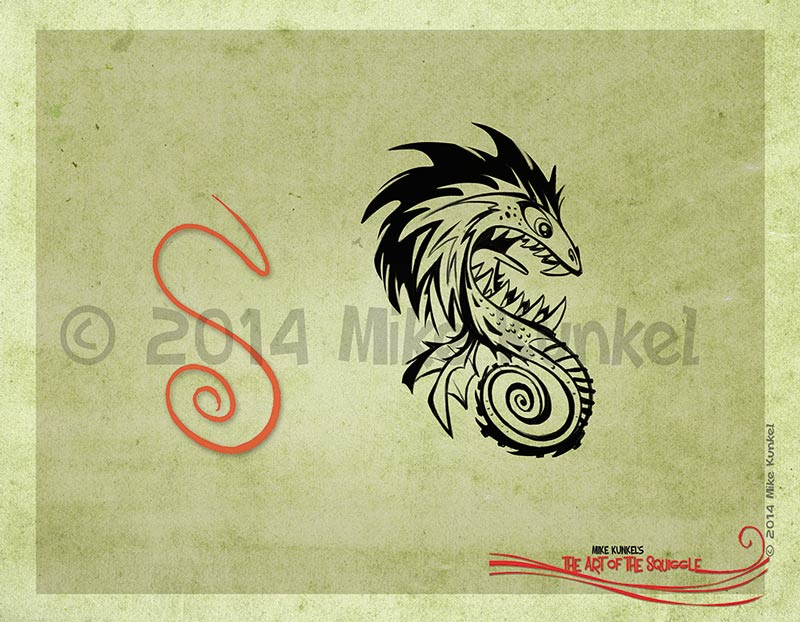 Mike talked about his life and how he learned to draw from a young age and how it led to him working in the animation industry at Disney and now at Sony Animation. One of my favorite stories of his was that he was not a fan of drawing horses and so what character did he end up on Hercules? Why Pegasus of course so he had to learn how to draw horses really quickly for that job. 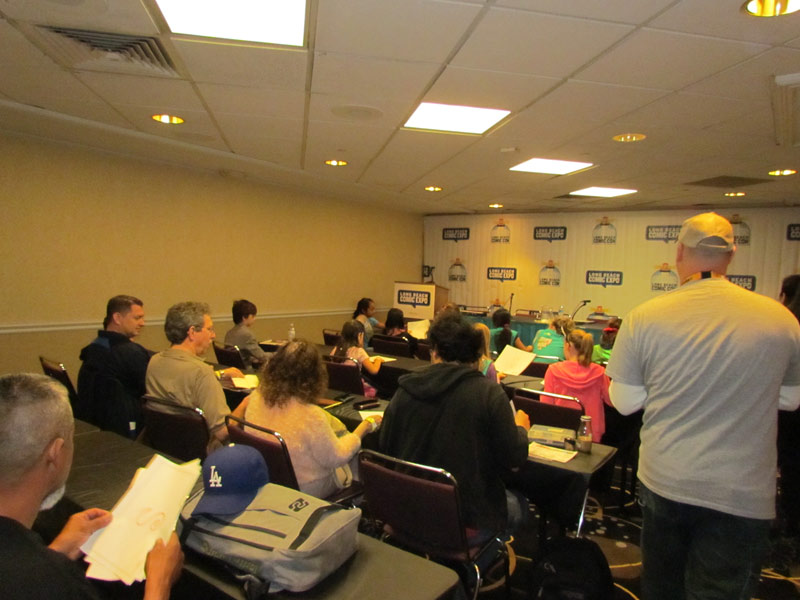 He took time to answer everyone’s questions and the kids had a lot to ask him. It was really great to see and hear how he was able to spark the artistic side of them and explain that when drawing don’t think about the bigger picture at first just concentrate on getting that first line drawn. Once you have started the rest will come a lot easier. He also asked what would everyone’s favorite thing to draw and surprisingly it was the adults that were shy about answering the kids really were excited to talk about what they wanted to draw. 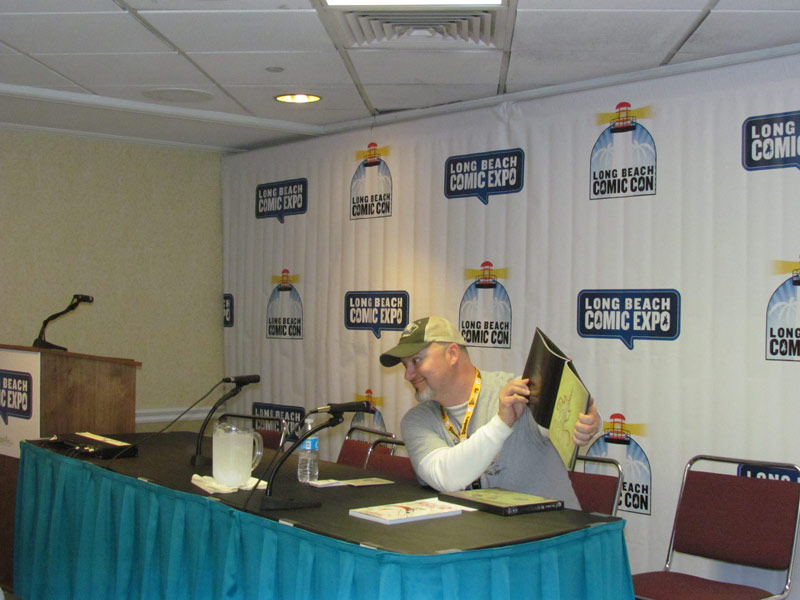 There were two kids at the panel that drew their own character from the squiggle paper that Mike gave out and he was really happy to see that they wanted to show them to him. Mike is one of the nicest people who you could ever meet and he really has a special connection with kids. I think it’s because he is a big kid at heart and genuinely loves to draw and share that with people. 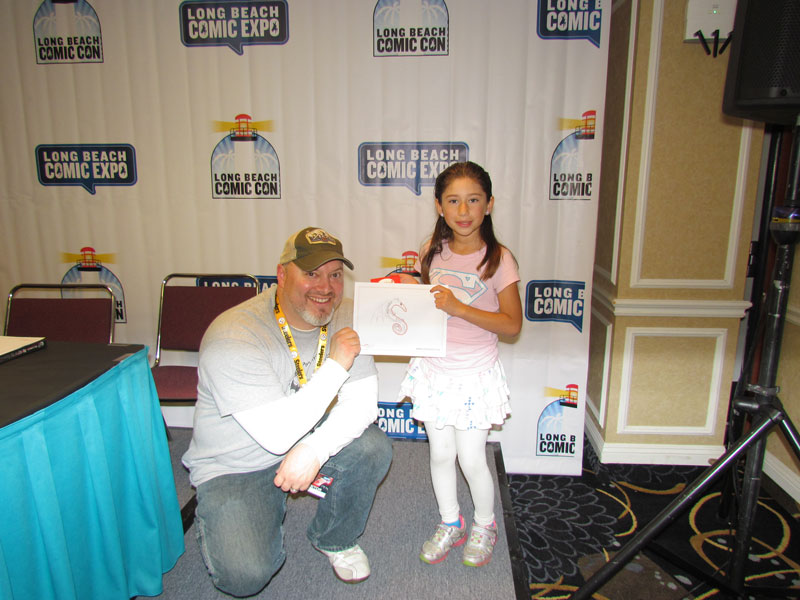 If you get a chance to meet Mike at a show I can not recommend enough that you stop by and say hello and pick up some of the truly special books that he has done along with your own stuffed Herobear that you can create your own adventures with. If you can’t make it to one of the shows that he will be at check out his website HERE for all of the books and other cool things that he has done. 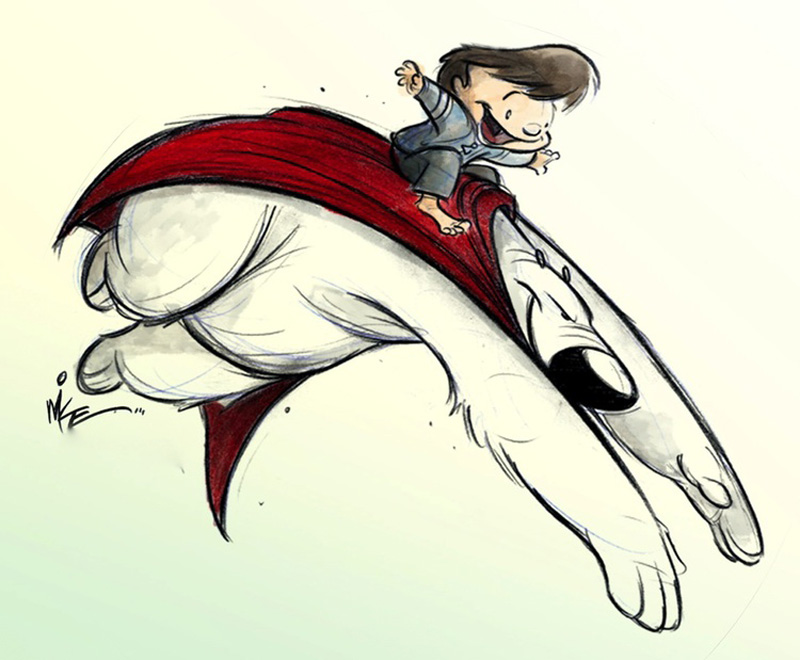 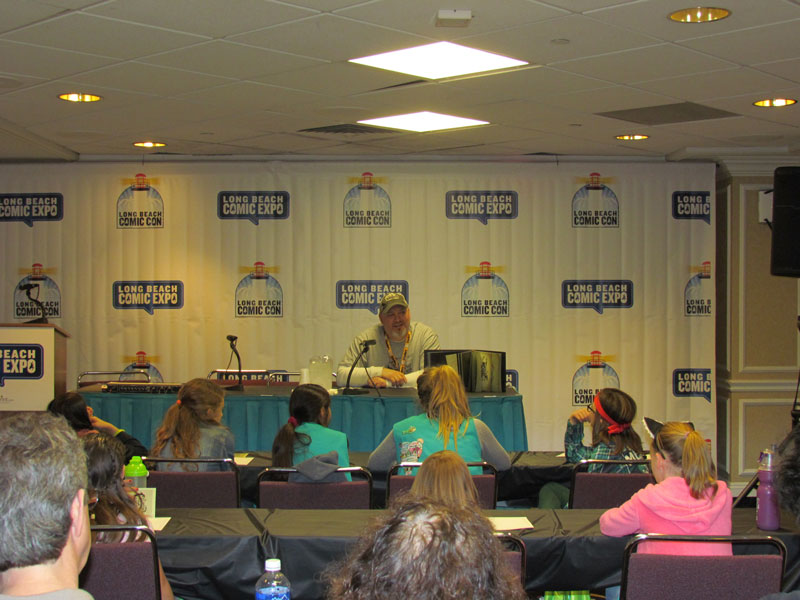 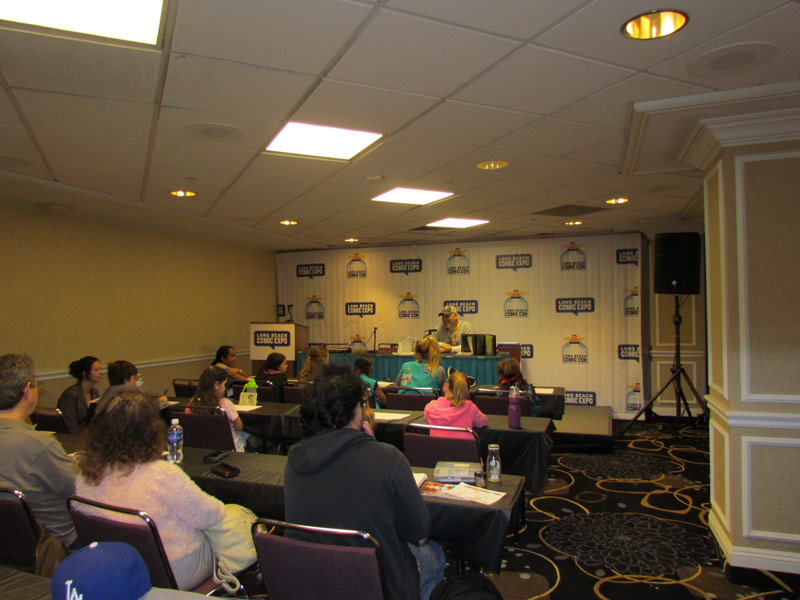 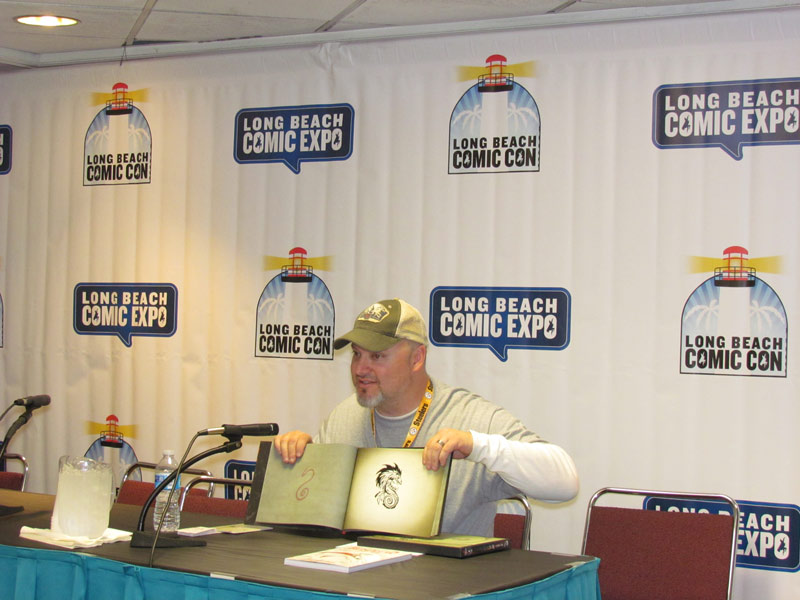 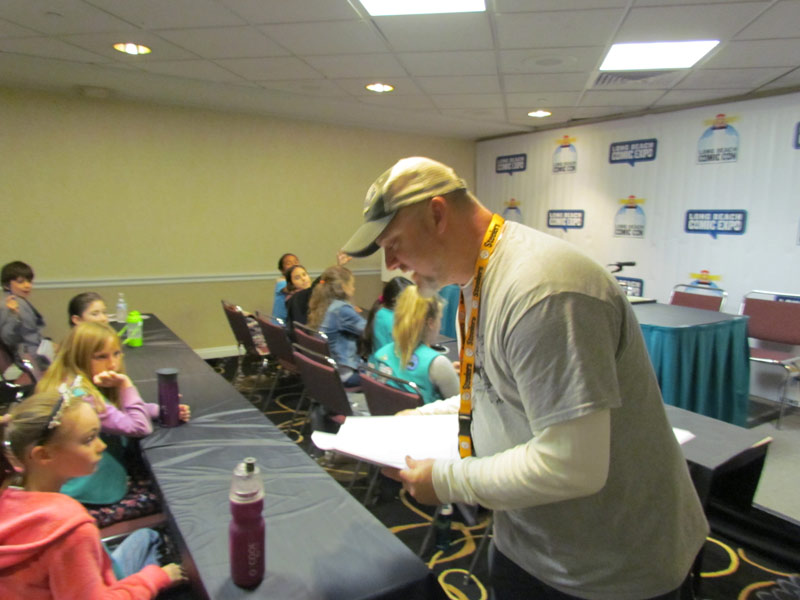 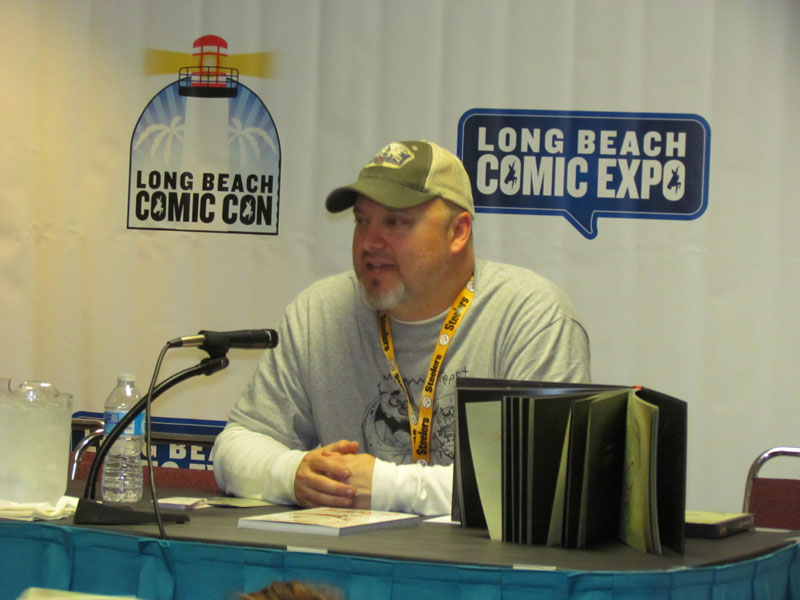