After last weeks flood of new comic books this week was a bit lighter but still quite a few books to hit the shelves. 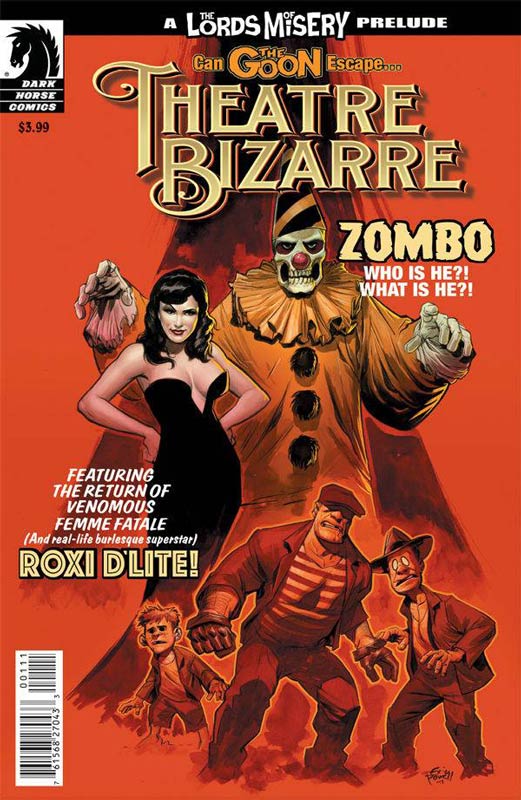 I have never been a regular Goon reader but have read it from time to time and while Powell is a stunning artist and the book always looks great the stories have never really got me to become a regular reader. I was hoping that this one-shot might change things but it never quite takes off. I think the problem with this story is that it’s pretty much a one gag idea that goes on for 22 pages. Powell seems to have a tough time mixing the humor and horror elements some times and this story was one of those. By the end of the book I felt it just was nice but not anything special. The tone of the story was a problem because it never quite struck a good balance between the two and if also seemed to be watered down adult story to a PG-13. On the plus side the book is simply gorgeous and Powell delivers a great looking book. I do love his mix of EC type style mixed with a bit of a cartoon approach in his artwork. Is this book worth your time and money? The book is not terrible but in the end it just sits there and isn’t very memorable. I think that Powell has some good ideas but his writing is not nearly as good as his artwork. SKIP IT! 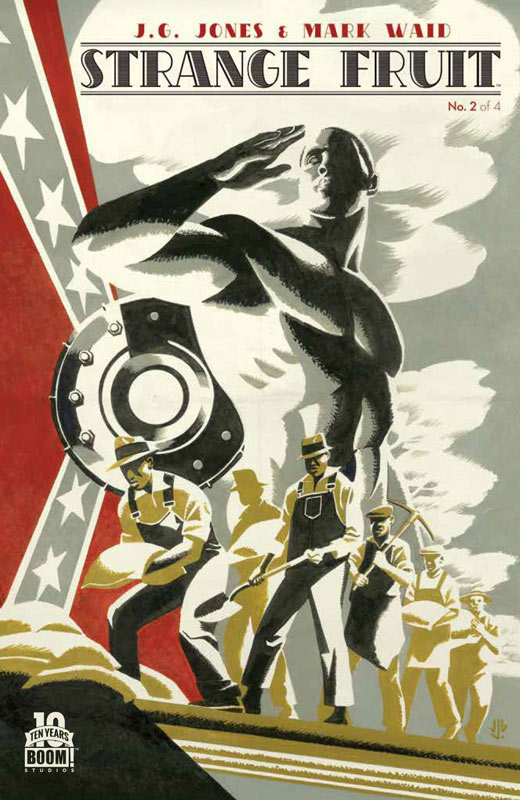 I like the first issue of this book and was looking forward to the second issue to really get the momentum of the book going. Jones and Waid have set up a very ambitious story with this book and is a good retelling of Superman/John Henry type story. The second issue does start to get the story into focus but I do worry that the story might be too ambitious for a four issue book. They have a lot of ground to cover in the next two issues. I do however enjoy the pace of the story and how its unfolding. I also like the way that they are handling the time period that the story is taking place in and how it resonates with current issues that still plague our society. Jones’s artwork continues to set the bar extremely high and this is some of his finest work to date. His use of color on the book is very striking and really adds to the mood of the story. Is this book worth your time and money? This issue was a bit late so I am worried that the book is slipping it’s schedule. This book has a lot of meat to it and with the gap of time it was even a little hard for me to remember what happened in the first issue. It might be wise at this point to wait for the collected version when the story is done. I still am enjoying the book and while there is some cliché to the story it continues to be a solid read with beautiful artwork. I hope that it can get back on track. RECOMMENDED! 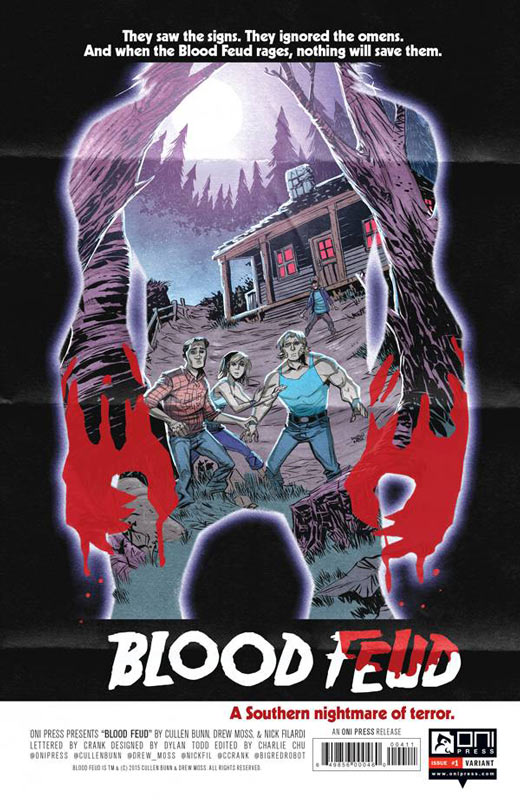 NOTE: The book came out last week but was not shipped to my local comic shop. Bunn has been pumping out a lot of books lately and some have been a little on the weak side but I rather enjoyed this first issue. The script does have a lot of exposition and while not a lot happens exciting wise in this first issue there is a pretty good set up to the series. I will give Bunn props for having a nice mix of things in the story. He really nails the small town feel of the story and the characters get good introductions in the issue. He also has a  nice cliffhanger ending to the first issue that will at least bring me back for a second issue. Moss and Filardi’s artwork is pretty good here and they do a nice job with the dramatic and the action scenes. There are a few too many times where there is no background art and it was noticeable. It looks to be that they draw some damn fine monsters that we will get more of in the next issue. Is this book worth your time and money? The book gets off to a pretty solid start. I like what I read in this first issue and will come back to see where Bunn takes it in the second issue. The art is good and works well with the story. It’s worth a shot if you like horror comics. 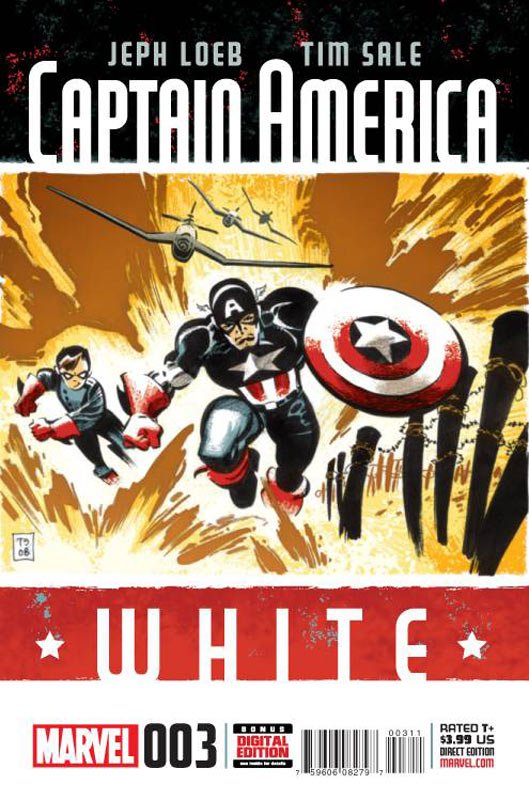 I am a big fan of Loeb and Sale and have been enjoying the book so far but this third issue really get the ball rolling with the story. The last issue was good but did tread a bit of water in the story department but this issue really gets back on track and hits the ground running with the story. The story has a very nice mix of action, humor and drama that is what the book is working so well at. I love the throwback feel of the book that doesn’t worry the reader about knowing anything beyond it’s Captain America in WWII kicking Nazi ass. Keeping the classic Steve Rogers as the ultimate do gooder is a hard thing for him with the situations of the mission. The cliffhanger at the end of this issue has really got me even more excited for this series. Sale’s artwork gives the book the visual punch that is making it work so well. There is a lot of Kirby influence to Sale’s art but he makes it all his own. There is some really classic imagery in this issue and Stewart’s color work is making Sale’s art really shine. Is this book worth your time and money? I am really loving this book and with the bit of a slow down with the second issue made this issue work really well. Loeb and Sale formula for putting the things that make Captain America such a great character without all of the continuity baggage is the reason I love this book. It drops the clutter and gets to the chase. RECOMMENDED! 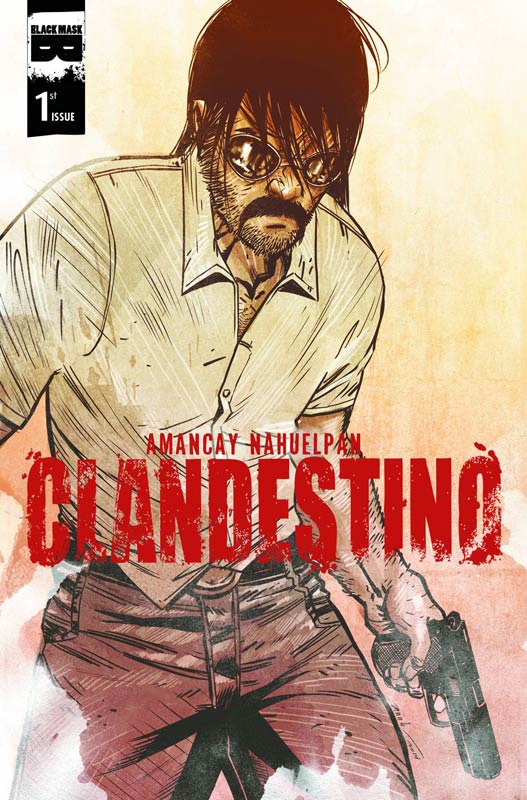 Clandestino has some good ideas, unfortunately the majority of those ideas have told this story many times before and Nahuelpan didn’t bring a new spin on the concept. It’s pretty much the Man With No Name/Loner Hero/Tragic Childhood all rolled into one. The story while not bad is very by the numbers and there are no surprises here. I wish that Nahuelpan had given the story some twist to make it stand out but sadly you have read this book many times before. On the art side of things while the book is a little inconsistent there is some good artwork and is promising new talent. I will say that when the art works it is quite good but there were a number of panels that simply were not as good. If he is able to get a consistency going he is going to be a solid artist. He is certainly better than average and the book does look pretty good. Is this book worth your time and money? I had really hoped that the book would have tried a lot harder in the story department. It just ends up being average and with so many comics being published, average is not going to cut it. SKIP IT! 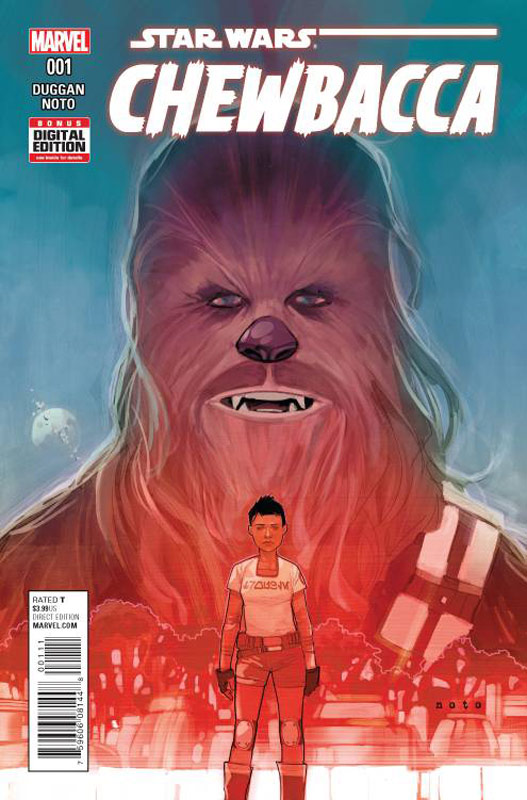 It looks like every Star Wars character is going to get their own book. While some will be excited I think that this book is proving that not every character needs their own series. Duggan story is pretty average but where the book misses the mark is in the way that Chewbacca is handled. There is a fine line when you main character is not understandable to the reader. Duggan misses the mark on this one and the story is very average and by the numbers. The clichés’ of the script will come to no surprise to the reader and by the end of the issue I have no desire to continue on the book. The best thing to say about the book is the beautiful artwork of Noto. He really elevates the quality of this book better than it should be. It’s a real shame that his wonderful talent is wasted on a mediocre story. Is this book worth your time and money? While the flagship Star Wars book continues to be well worth reading these spinoff books seem to be a noticeable cash grab with the quality being more miss than hit. While this book is not unreadable it didn’t want me to invest in buying anymore issues. Even with Noto’s gorgeous artwork can’t save this one. SKIP IT! 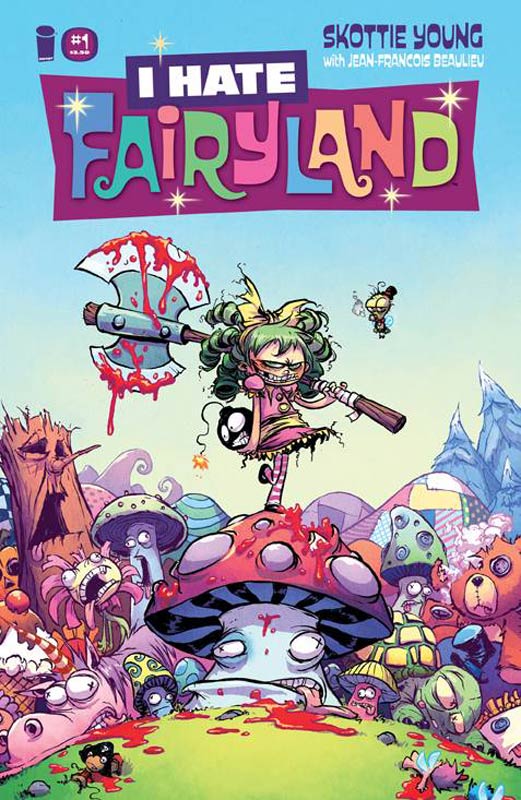 I really love Young’s artwork and enjoyed his writing on Rocket Raccoon but I Hate Fairyland sadly misses the mark. The book is by no means a train wreck but it really felt like telling the same joke for 22 pages. I think that the idea of the book is a pretty good one but nothing really surprised me in the story. The structure of the first issue seemed more about moments strung together with little narrative to move the story along. In the art department is where the book really shines. Young’s art is worth the cover price of the book alone. The sheer insanity of the concept is a visual tour de force and does help the slim story move along. Is this book worth your time and money? While I felt the book got off to a rocky start I am willing to see if Young can make something of the book in the next few issues. I do think that the concept of the book is good I just felt it got off on the wrong foot for the first issue. 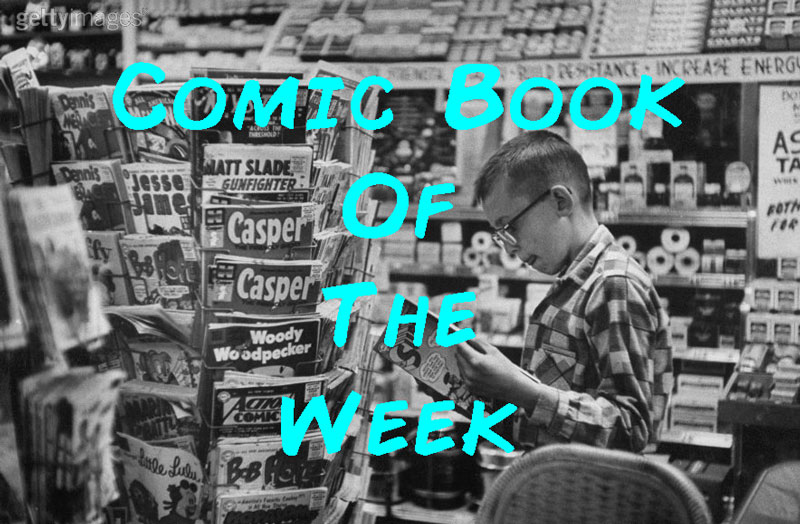 The Comic Book of the Week!

Now this is how you start off a comic book. Hernandez and Cooke have crafted one of the boldest comic book stories that I have read in quite a while. Hernandez really nails the balance of all the right elements for a first issue. He sets up the story, introduces the characters, introduces the mystery elements and with all of the exposition you never feel as if you are reading a first issue the flow of the story is simply brilliant. There is so many interesting elements to the story that leaves you wanting more at the end of the issue and that leaves you sad that your going to have to wait a month to read the next issue. What make the book really work is the brilliant art of Cooke. Cooke is a master storyteller and when it comes to the art him teaming up with Hernandez is like a dream come true. He masterfully illustrates the script and brings the story to life with every beat of the script. It’s so rare to see two huge talents like Hernandez and Cooke blend together so effortlessly that make this book even more of a rare treat. Is this book worth your time and money? I could go on and on about how great this book is but I will simply say this, if you’re not reading this book then you are missing what is one of the must read books of the year. This book really knocked my socks off. HIGEST RECOMMENDATION! 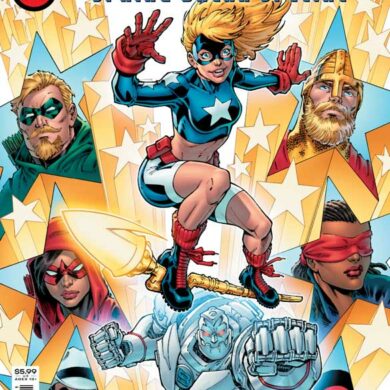