Another small week for new comic books but a heavy load of comics from DC this week. So lets get to the reviews. With the regular Justice League book has floundered lately with Bryan Hitch flat writing for the book, it was hopeful that Orlando would be able to bring back the League on more solid footing. There were three specials (Atom, The Ray and Vixen) that leads up to issue 1 and the first issue ends up being OK but does show promise. Orlando’s script does get bogged down with introductions and exposition in this first outing and it ends up making the issue a so-so read. As with a lot of first issues the key is does the set up to the series show promise and in this case it’s a maybe. Reading this first issue is by no means terrible but there is simply not much going on besides getting the group together. On the plus side Orlando does set up some things in the story that will hopefully pay off down the road. The artwork by Reis and inkers Prado and Alber definitely make the book shine in that department. Visually the book really stands out as one of the better books in the Rebirth line. Of course one of the big wins is that the beloved Bisley version of Lobo is back and a much welcomed improvement over the recent “twilight” emo version that was a disaster on many levels and Reis does a great job of having a lot of visual fun with it too.

Is this book worth your time and money? While the book doesn’t fly out of the gate, it was at the very least a decent read and has potential. It will hinge on the next few issues to see where Orlando and Reis take the book. The one big win for the book is that the team is made up of second stringers in the DC Universe and that is nice to see. It reminds me of a great DC book of the 1980’s Batman and the Outsiders that ended up being one of my favorite books. Hopefully Orlando plans for the book come into focus soon. Worth checking out but not a home run. I had stopped reading Detective Comics as a monthly and am waiting for the trade collections because I liked Tynion’s take on the book but the twice a month grind was too much for all of the books that I read. But I decided to pick up this anniversary issue to see where the book was going and was sadly disappointed. The biggest problem was that the two stories were simply very boring and flat. Neither of the stories were memorable or for that matter new reader friendly. They both felt like fill in stories instead of a proper anniversary special as billed on the cover. Tynion’s run on the book has been a lot better than these two stories would leave you to believe. Neither story really shed any new or point to the characters that they spotlighted. The other big problem is that if you’re a new reader to the book and was wanting to see what the book was like, this issue is a real misstep and would more likely turn new readers off to the book. The artwork on the first story by Takara is decent but there are a number of times where it feels stiff but it’s not bad by any means. The second art team of Martinez and Fernandez fares better with some nice looking artwork that works with both the big action scenes and the drama scenes in the story. They nearly save the second story with their artwork alone.

Is this book worth your time and money? With most anniversary books have a higher cost than this $3.99 and so it didn’t feel like I got raked over the coals on it but in the end it simply was not worth it. The stories really don’t have much of a point and the first story really plods along and was a chore to get through. The second story fairs a little better but it ends up just being OK. This Anniversary issue is certainly nothing to really celebrate. SKIP IT! Motor Girls continues to move along nicely in this third issue and the story is unfolding quite well so far. While the basic structure of the story is familiar, Fletcher, Stewart and Tarr are giving it a nice fresh spin. What is making this book such a fun read is that they are spending a good amount of time giving the characters a solid foundation and in turn that is heightening the action of the story and making it a much more fulfilling reading experience. This slow burn approach to the storytelling is a nice change of pace to most comic books today. They are giving the readers a very good reason to care about what is happening to them. Where the book really shines is Tarr’s continuing amazing artwork on the book. She really captures all of the vast emotions that the script does and delivers a visually impressive book that captures it all.

Is this book worth your time and money? I am really enjoying this comic and the only real complaint that I have is that at the end of the issue you want more but you have to wait another month for the next chapter. This is a solid effort from all involved and is a really fun read each month. The mystery keeps ramping up and I am very intrigued to see where they take it. New alternating artist Evely joins Rucka on the even-numbered stories and following Scott’s artwork on the book was very big shoes to fill but I have to say that she has stepped up to the plate and hit a home run. What is making this book so good is that while the two separate story lines are independent of each other they share common threads that make each issue complement each other. This new story arc is a great jumping on point for new readers. Rucka script for this new story arc really hits the ground running and what is really impressive is that Wonder Woman is not in the first story that much and yet the way that he sets up the story her presence in felt throughout. Rucka is one of the few storytellers that really knows how to build a story and he gives it such a great flow while your reading it that really hits you emotionally. This issue he introduces a character that you have never met before and by the end of the issue she has been killed and it really hits you hard. That is why Rucka and this book is simply that good. He is able to give you a solid superhero story but infuse it with drama and emotions that very few writers today are able to accomplish. Evely had previously did a fill in issue of the book and it was very impressive. This first issue shows that was no fluke. The level of detail that she delivers to the book is simply amazing and captures every small and large detail that Rucka’s script calls for. I have to give credit to the three inkers on this issue that you never would know who did what on the book.

Is this book worth your time and money? Wonder Woman continues to be the gold standard of the Rebirth line and Evely is a grand addition to the book. Not only is this a great read every two weeks but with the alternating stories it simply overflows with excitement each issue. HIGHLY RECOMMENDED!

Lately at Marvel the reboot and events have really taken their toll and left most readers cold to the majority of the books but the shining light of The Unbeatable Squirrel Girl has been a beacon of haven for fun and quality. North and Henderson have yet to fail to deliver an issue of the book and this issue is no exception. What I especially loved in this issue was the way that North introduces the villain as an allied of Doreen but with a solid twist to the end of the issue reveals that she is not what she seemed was a stroke of genius. North has constantly delivered a smart and funny book that alway makes sure that the heart of Doreen always shines brightly. This is a book that in the wrong hands would be a complete disaster but North and Henderson have yet to make any missteps on it. I simply adore Henderson’s art on the book that makes it visually charming and fresh. I lover her simple and cartoony style that delivers wonder and charm that is making the book such a great pleasure to read each month. She is able to bring North’s scripts to life each month that is truly a herculean task with all of the wild things that have happened in the book.

Is this book worth your time and money? This is one of those books that I can easily recommend each and every month. It’s very rare in todays comic market that there is a book like this that can find an audience but continue to be published by Marvel. There are very few comics that I can’t wait to read each month but The Unbeatable Squirrel Girl is always at the top of the pile each month. HIGHLY RECOMMENDED! 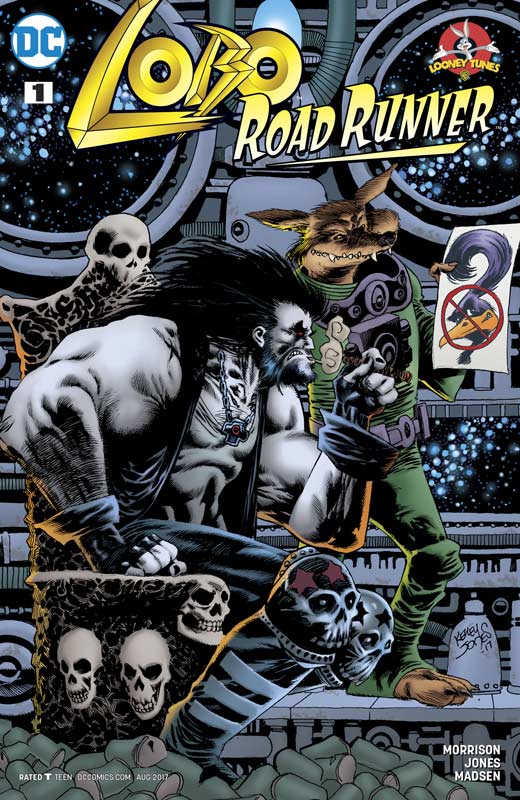 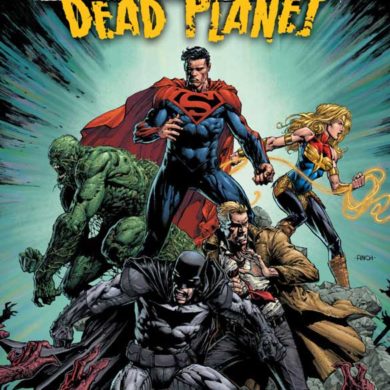 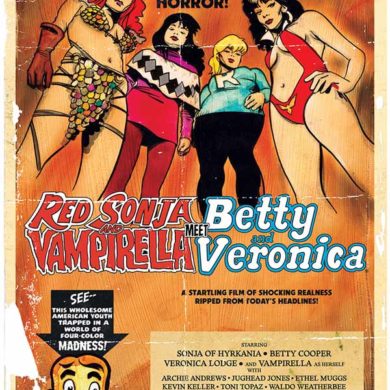