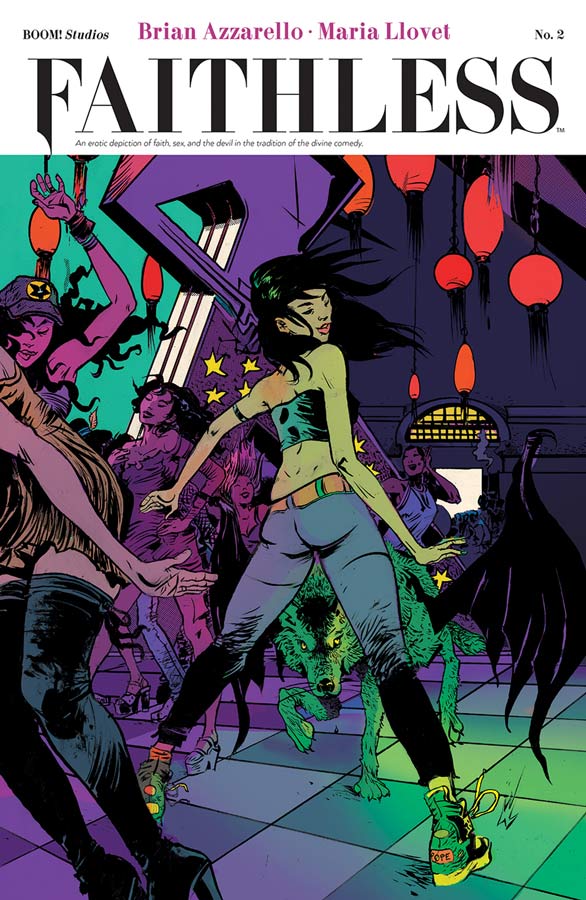 Yes it’s been a few weeks between last weeks family up north visits and some health issues for me it’s been a bit rough lately but hopefully with the holiday weekend coming up I will be able to catch up a bit more. So I will do some of this weeks new comics and try to get to some of the back log that is piling up. So off we go……

This is quite and interesting comic. It’s both disturbing and intriguing at the same time. While a fictional story there are elements of history that have inspired the story by Douek. At first glance it a horrific tale of Russian prisoners in the 1950’s doing hard labor for crimes and the inmates that suffer from both the elements and the guards harsh treatment. What make this story intriguing is that he has added a twist of a Domovik (a folk tale spirit) to the story that he sets up here in this first issue but were not quite sure what it is yet. What really gets this book off to a good start is Cormack’s artwork that really shines in this comic. One of the reasons that the story is so compelling is that he captures the horrors and emotions of the story very well here and the color work that he brings to the line art is quite impressive. There are a lot of dark scenes in the book and he captures the shadows and light to give the book a great moody feel.

Is this book worth your time and money? I did like this first issue but there is no doubt that its a bit hard to swallow with the subject matter that makes the reader feel uncomfortable and that is part of the point of the story. This first issue is very exposition heavy but there is not only a lot to like here but with the mystery thrown in it gives you a good reason to come back to find out what is going on in the story. RECOMMENDED!

I a lot of ways I find it hard to imagine making a story out of a board game and honestly was on the fence in picking this comic up this week. While I’m not totally sold on the book I will say that Shaw brings a wild visual style to the book and a pretty decent mystery story as well. He uses the basic structure of the game to set the story up but what was a surprise was that he gave the characters some nice backstory as well. The one thing that really makes this book unique is Shaw’s art style that gives this book a very non standard comic book style that is reminiscent of book artwork from the 1900 period that is a simple style and has kind of a 2D flat look to it but in a lot of ways it works well here. The only issue that I had was there were times that he pointed out visual art elements that I found distracting. While I understand that he is trying to make sure that the reader catches this I felt that the art should be able to capture that on it’s own. Setting that aside the book artwork does a good job of helping the story move along well.

Is this book worth your time and money? I’m really torn on this one because there is no doubt that Shaw is a great artist and he really brings a wild art style to a comic based on a board game but that is maybe where the issue is that I’m simply not sure that we needed a comic based on a board game. He does really capture the board game really well here but I honesty think that this would have made a better graphic novel to be read in one shot than as a monthly comic and I think that is were I struggled with the book. It’s well worth checking out if your intrigued by the idea of the book based on the game.

OK lets get the elephant out of the room right away in that this comic has full blown sex scenes now that’s out of the way lets get going. It’s been a while since Azzareallo has done a regular series and surprising it’s at Boom! comics of all places. What makes this story so intriguing is all of the understory that is going on that he is slowly peeling the layers back with each issue. One of the best things about this story is the slow build lets get to know Faith in these first two issues and her discovering her magic and the forces that want her. Azzarello gives the story a nice flow that on the surface seems simple but you can tell there is a lot going on underneath it all and is setting things up as it goes along. Llovet’s artwork really works well here and one of my favorite things that she does is with the characters is the facial expressions that she pulls off so well. Her artwork has a real kinetic energy and I can see why Azzarello pick her for this story.

Is this book worth your time and money? I am really liking this story and Azzarello and Llovet make a great team on this intriguing story. The slow build out to the story is a big win for this book and there is a lot of good reasons to come back for more after these first two issues. VERY RECOMMENDED!

There have been many takes on the classic Mary Shelley Frankenstein story but this one takes it in a very intriguing way. One of the reasons that this story works well is that it doesn’t try and reinvent the wheel here meaning that Glass and Curartero-Briggs keep the basic structure of the source material but gives it a very different spin without feeling too distant from the mythology. I like that they give the story a very strong female cast that is not usually prevalent in horror stories. There are many nice twist and turns in the story so far and the second issue builds quite well upon the first one. I really love Sherman’s artwork on the book that give the story a great gritty feel and look that captures all of the story elements in the script. He adds some great touches with his color work on the book that captures the visual period that the story is set in.

Is this book worth your time and money? There is a lot to like here if your a horror fan and I like the nice twist and turns that the writers have given this interpretation of the classic novel and then throw in some great artwork and you have a comic that is well worth checking out.

I was blown away by the first issue and this is one of those rare comics that just keeps getting better and better each issue. There are so many things that Poegeest is doing in this story that makes every turn of the page so exciting. The thing that is most impressive about this story is the layers that continue to take you on this wonderful journey Little Bird is on. With so many elements going on in the story you would think that it could spiral out of control but Poelgeest is able to keep all of the story elements together to make one hell of a ride. These two issues dive deeper into the past and how it is affecting the present story line. The one thing that we do know in this story is that death is not alway the final answer to the questions and we start to discover how all of the pieces of the puzzle are starting to fit together. It also take the classic good vs evil story and infuses it with lots of grey area that adds greatly to the story. As great as this story is it’s how Bertram visuals bring it all to life. There is such meticulous detail that he gives every panel that you literally salivate over every line that he draws. And while the action scenes are spectacular it’s the smaller emotional scenes that really sets this book apart from the pack. When you add in the brilliant color work by Hollingsworth you know that your looking a a very special comic.

Is this book worth your time and money? This comic book is really blowing my mind on how good that it is. It’s the perfect combination of story and artwork that is not only visceral but haunts you emotionally as well and that is a rarity in mainstream comics. This comic is a true must buy and gets my HIGHEST RECOMMENDATION!

It was going to be hard to follow up Team Mike Allred and Rich Tomasso’s recent Tracy mini series but once it was announced that Oeming was going to do a mini series I knew that the characters were in good hands. One thing that I really enjoyed about this book is that instead of doing a long form story he breaks it up into three short ones with the third one as a first chapter of an ongoing story. along with a crossword puzzle and a maze just for fun, although I don’t see anyone drawing or writing in this comic though. Each of the stories has it’s own flair and charm and he firmly plants the stories in the original Chester Gould’s original 1930 to 1940’s period that honestly is where the stories work the best. By doing the book in a short story form allows the book to have breathing room and not have to worry about keeping track of a longer story. While that worked well for the previous series this is a different feel and yet both have captured the right tone of the characters. Oeming does however in the third story have a continuing story that leads into the second issue and gives you a good reason to come back and not that you were not going to anyways. While Oeming is known as more of an artist, his writing skills here are quite good here and he does a nice job of balancing both the dialogue and action very well and he also captures the humor and fun into the mix as well. Oeming the artist is where this book really shines. He brings a certain nostalgia to the book that captures the noir aspect of the source material perfectly. While the visuals are influenced by Gould, Oeming make this book his own and when you add in Soma’s spot on color work on the book you get a book that really shines.

Is this book worth your time and money? I love that these big creators want to work on a book like Dick Tracy. Oeming could do any book he wants and by choosing this one shows his passion for the source material and it really shows here in the final comic. This is a no brainer comic to get and is a book that satisfies perfectly. HIGHLY RECOMMENDED! 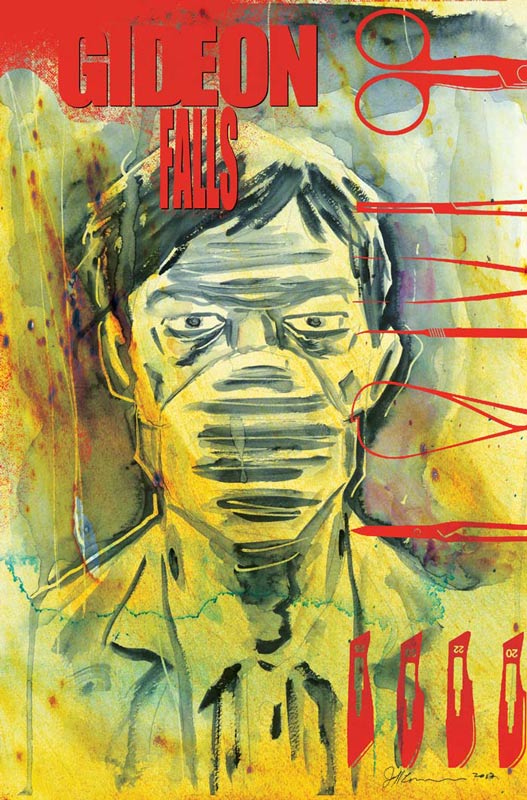 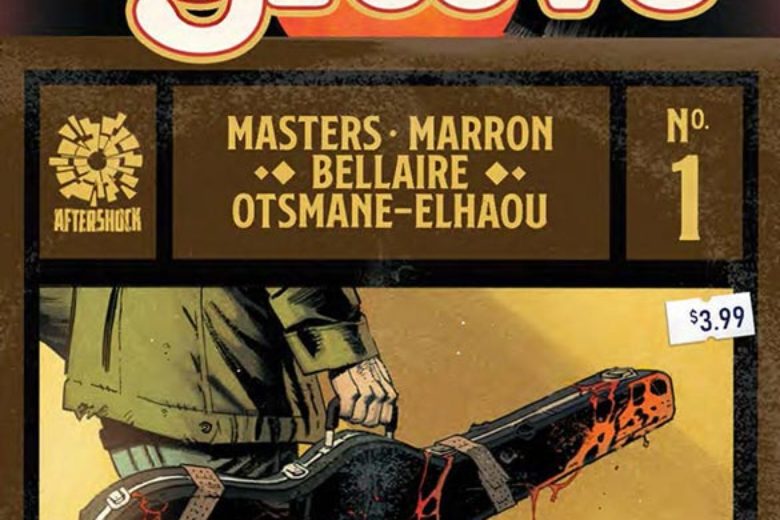 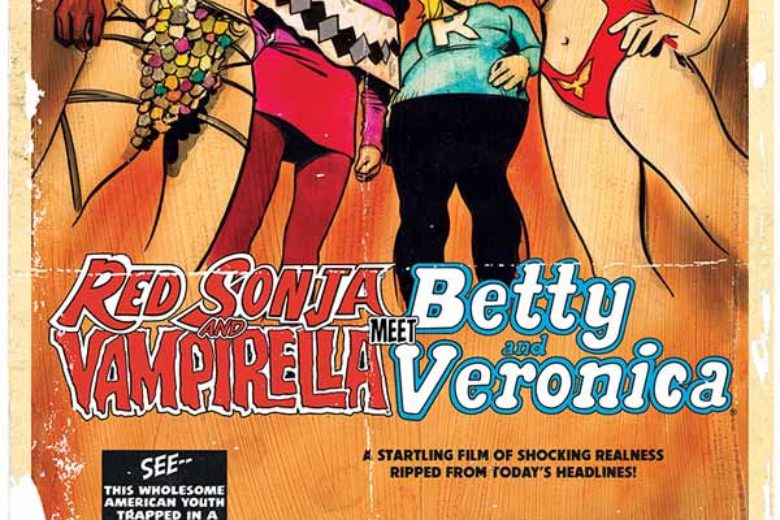