While not officially a Young Animal title it defiantly has the feel of those titles. This new reimagined Jack Kirby character gets off to a great start with King and Gerads at the helm and the same team that did Sheriff of Babylon. For readers that are not familiar with the Kirby or other incarnations are good here because King sets up the basic character tropes but the story goes in a whole new direction and that is a very good thing. It is by no means that it ignores the Kirby incarnation but is not a slave to it either. What makes this first issue interesting is that King lays a lot out with the story but at the same time gives it a mysterious slow burn to the story that throws you a bit off guard but that is a good thing. Where he nails this story is that he puts a more human feel on Scott, and though he is a New God his powers are not as cosmic as the others and it casts doubts on himself. There is also that he is married to Barda has always played into his character and King explores that very nicely here. Gerads artwork brings King’s script perfectly to life here and captures all of the subtle nuances of the drama. Nearly all of the first issue is nine panel pages that give the book a more rapid fire approach to the story because there is so much to digest here that by breaking it down this way gives the reader a better visual pacing to take it all in. Along with his gorgeous line art he delivers the perfect color pallets that complement the visuals to the book.

Is this book worth your time and money? DC has hit the bullseye with their celebration of Jack Kirby’s 100 Birthday and this is one of their strongest offerings to date. King and Gerads have crafted a lush and grand story that will wash over you and there is a lot to take in here. The deliberately slower pacing of the story is what makes this first issue draw you into the characters and the story, and then leaves you craving more at the end of the issue without going for the cheap and easy cliffhanger. This is a book that Kirby himself would have loved and would have been proud that King and Gerads did their own take on the characters and not slavish to his work. This is a must read book and gets my HIGHEST RECOMMENDATION!

Inhumans: Once and Future Kings #1 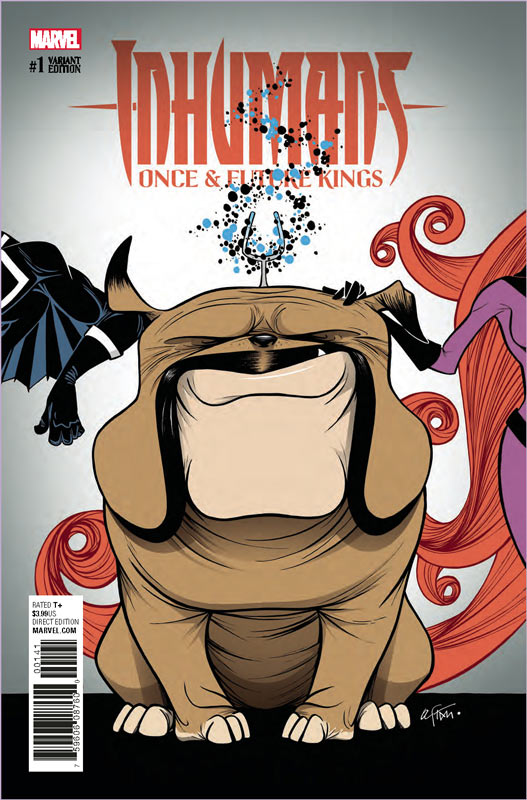 With the new television series coming up soon, Marvel always willing to capitalize on it is putting out many new Inhuman mini and full series. This five issue mini series gets off to a bit of a sluggish start in the first issue. One of the flaws is that if you’re not familiar with the Inhumans Priest doesn’t fill in new readers that well and new readers are going a bit lost. The story is set in the past when they were younger before they became king and queen and while the story moves along there not that much to grasp on to in this first issue. Priest’s script is not bad by any means but on the other hand it’s not very compelling either. One of the other problems is that it comes off as teen soap opera that doesn’t helps its case either. On the plus side Noto’s art is really superb here and gives it a boost that tries to move the sluggish script along. The real win for this book is the two page Lockjaw story by North and Duarte that really steals the show here. While it’s a simple gag story it’s a real hoot guest starring The Thing. For me there was more joy in those two pages than the entire main story.

Is this book worth your time and money? Let me say that the main story is not terrible but I was simply bored by it and new readers are bound to be lost by it. In a series like this it should be easy for new and lapsed readers to jump right into but that is not the case here. It didn’t help when a two page gag story is better than the main one that pretty much sunk the book for me. SKIP IT! 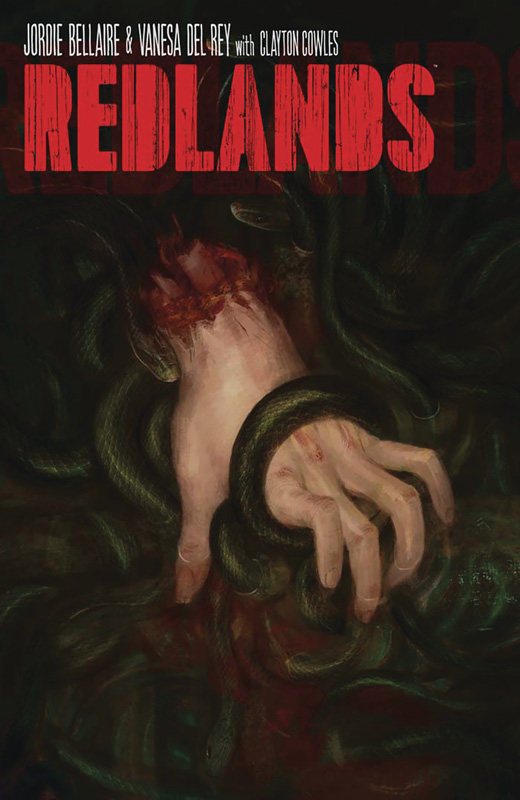 Redlands is a book that seems to drop you into the middle of the story at first but by the end of the issue you really see what is going on and you are hooked with it. Bellaire delivers a great horror story that is creepy and exciting. The thing that impressed me about Bellaire’s script is that she didn’t rely on excessive gore in the story. While there is some blood and violence, it’s not dwelled upon or excessive that some writers use for cheap and lazy horror stories. She also lets the mystery slowly bubble to the surface in the story that gives the script a nice edge to it but never overplay it. Del Rey’s artwork is such a great complement to Bellaire’s script that delivers the visual creepiness that really gets under your skin and delivers both chills and the subtle dramatic story elements that make for a great comic. I really must point out Del Rey’s brilliant color work on the book. There are many times where she nearly does black and white tones with limited color that make those scenes really unnerving but knows when to go big and bright with the colors. This is where color can make or break a book and Del Rey knows her color very well here.

Is this book worth your time and money? Horror is hard to do in comics and good ones are few and far between. Bellaire and Del Rey hit all of the right beats in this book and not only deliver a book that is unnerving but one that gives you a great reason to come back for more. There is a lot of unanswered questions that the book raises and I can’t wait to see where they take it. HIGHLY RECOMMENDED! 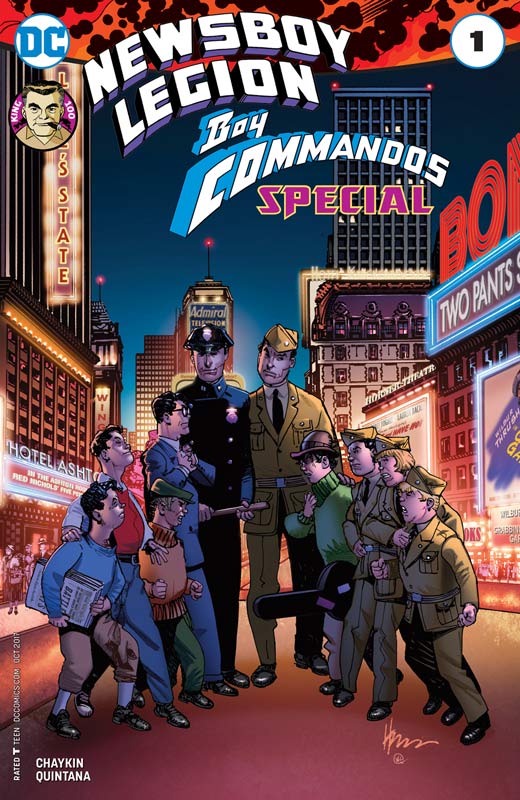 The second of the DC Kirby specials goes back the early years pre Marvel when he worked at DC with Joe Simon featuring their “kid gang” characters Newsboy Legion and Boy Commandos. For readers that are unfamiliar with the source material, I highly recommend reading the original Simon and Kirby Newsboy Legion story so that you will understand the Chaykin main story. It’s not that Chaykin story is a problem but he very much sets the story in the period of the original that might be difficult for current readers. The period and tone are very specific on this book and Chaykin does the original proud but makes it his own. Stories from that period are dense and the tone and pacing are not like todays comics. For a lot of readers this book is going to be a challenge but if you understand why Chaykin chose to script the story in sometimes a non linear way at times is the way that the story needed to be told. The story is not meant to be big and bold like the cosmic or superhero stories it’s simply a period piece that I felt worked well. The combination of Chaykin’s artwork along with Bruzenak’s lettering give the story a bold look while staying true to the period. Quintana color work give the war era the right color tone that is crucial to the overall look of the book.

Is this book worth your time and money? I understand that this special is going to be tough for a lot of readers but if you read the main story first then read the original story, go back and reread the Chaykin story and you will see why he structured the story the way he did. Sure it’s a lot to go through when your reading it but at the very least the nostalgia value of the book was worth it for me. 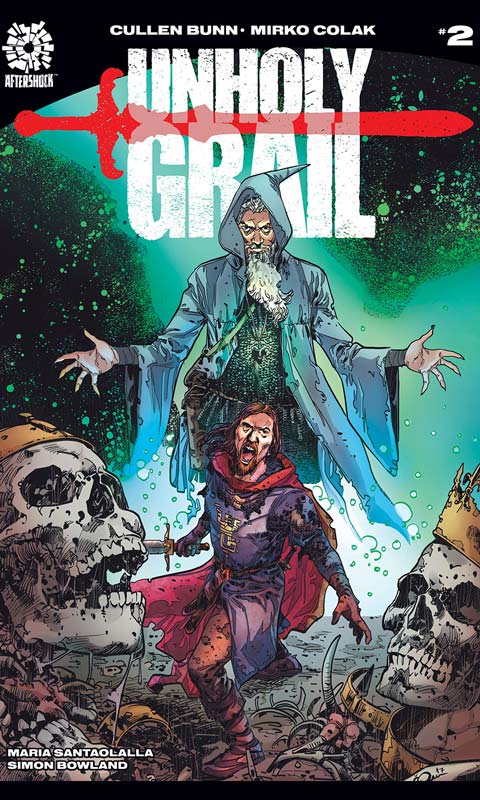 This book is becoming quite a little surprise. Bunn is doing a great job of a different take on the Arthurian legend an yet he is making sure that all of the threads that made the original story so good are not forgotten. He mixes just enough new story into the legend to keep you guessing where the end game is for Merlin. What I’m liking about this book is that it’s a nice break from the usual superhero fare and is giving new life to an old legend. What really helps the book is the gorgeous artwork by Colak that really makes this book stand out. The level of detail that he puts into the book is very impressive and he does a very nice job with the facial expressions of the characters.

Is this book worth your time and money? This is a book that is a nice pallet cleanser from the usual comic book reads. This is one of those comics that it not going to necessarily knock your socks off but is an enjoyable read and that is why its working so well. I’m excited to see where they take the story. 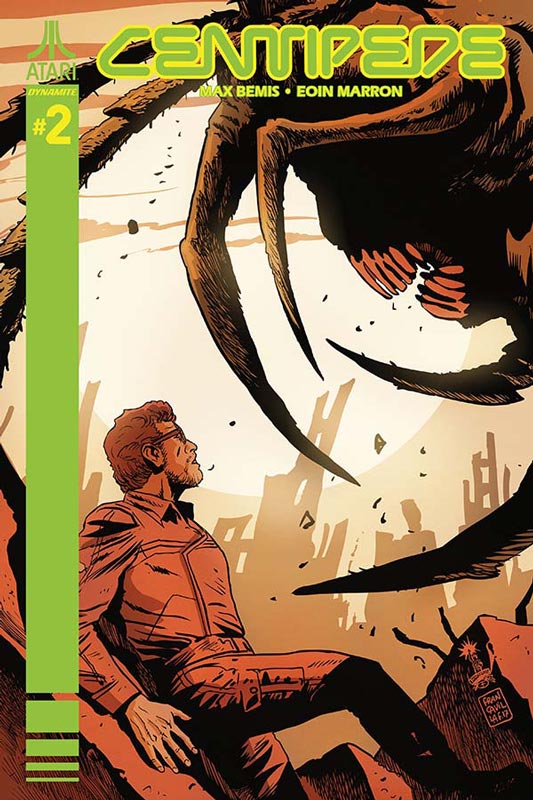 I was very impressed with the first issue of this book considering that there is virtually nothing from the original video game that you could tell a story from. I have to hand it to Bemis to not only come up with an idea for this book but actually pull it off so well. Not only does he take a concept that had no story but the decides to throw in the last man on earth scenario and somehow gets the whole thing to not only work but tells a really compelling story here. The depth and drama of the story will really keep you hooked and Bemis gives you a great reason to come back for the next issue. Marron’s art is a little rough at times but overall the art gets the job done and captures both the big scenes and the more subtle dramatic ones well. It’s not super flashy but he does some nice work overall.

Is this book worth your time and money? This is a really surprisingly good comic that has a really good story that is compelling as it is intriguing. Bemis script is top-notch here and keeps the story moving along at a nice pace and revealing the backstory that is making this book quite frankly a really good read and well worth buying. 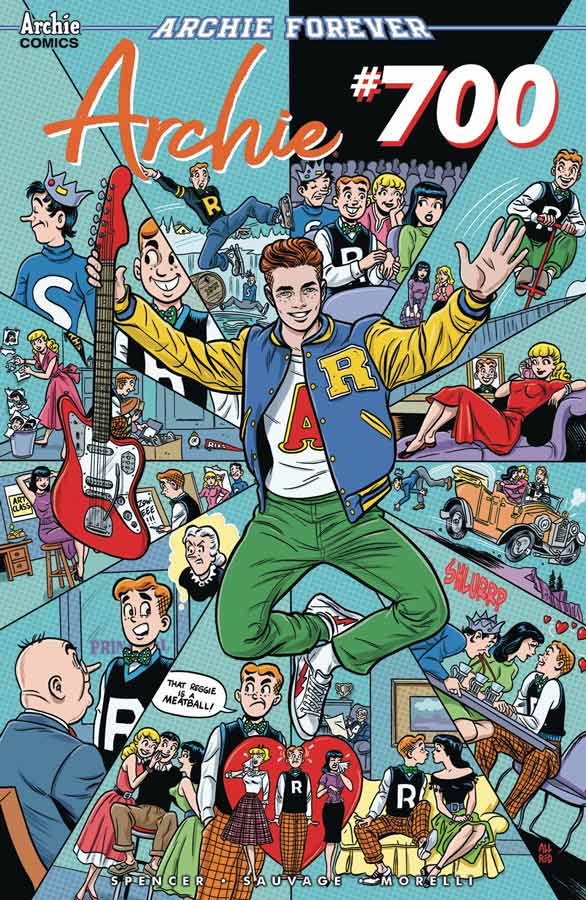 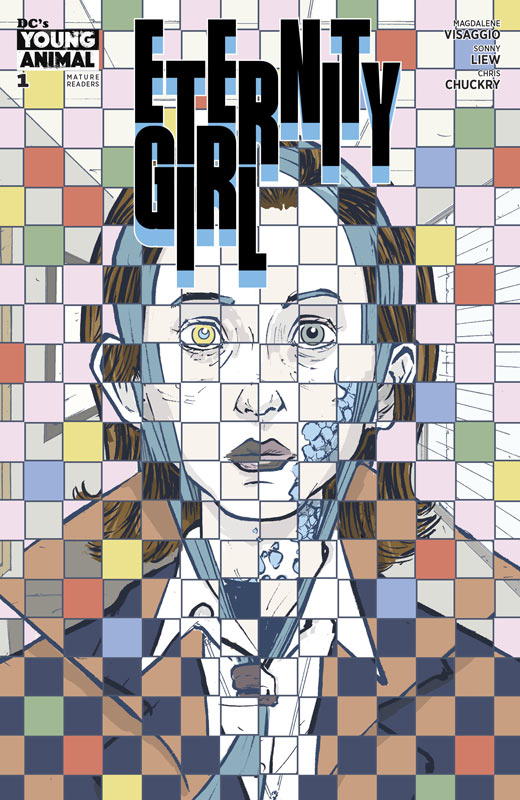 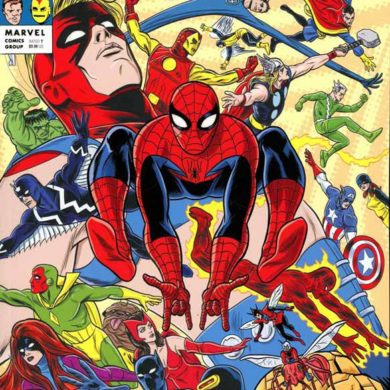 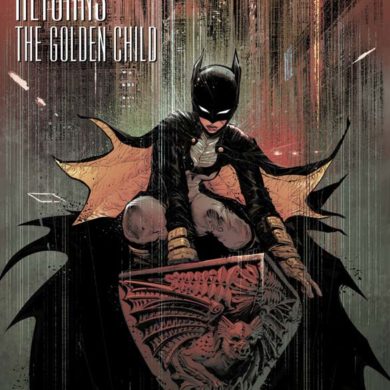