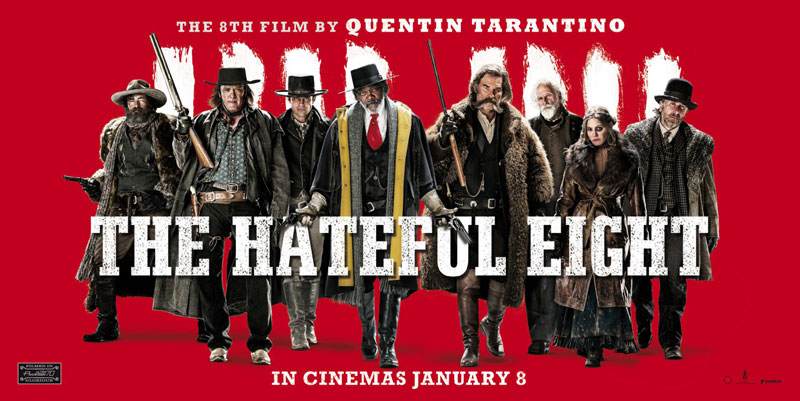 Over the New Year holiday weekend I was finally able see The Hateful Eight in one of the 96 cinemas in the United States that have been retro fitted with 70mm film projectors to show the special roadshow engagement of The Hateful Eight. It was at the Edwards Long Beach Stadium 26. After buying our tickets we got a special souvenir program that used to be given out for Roadshow Engagements of movies back in the day and was a very pleasant surprise. The only downside to seeing at this location is that the screen was not nearly wide enough to capture the true scope of the picture frame and so to compensate for it there was a large black bar at the top of the screen. There are so few wide screens still left in theaters today and the only one that I can think that could have truly shown it properly in the Los Angeles area is the Cinerama Dome in Hollywood and sadly is booked with Star Wars: The Force Awakens currently. 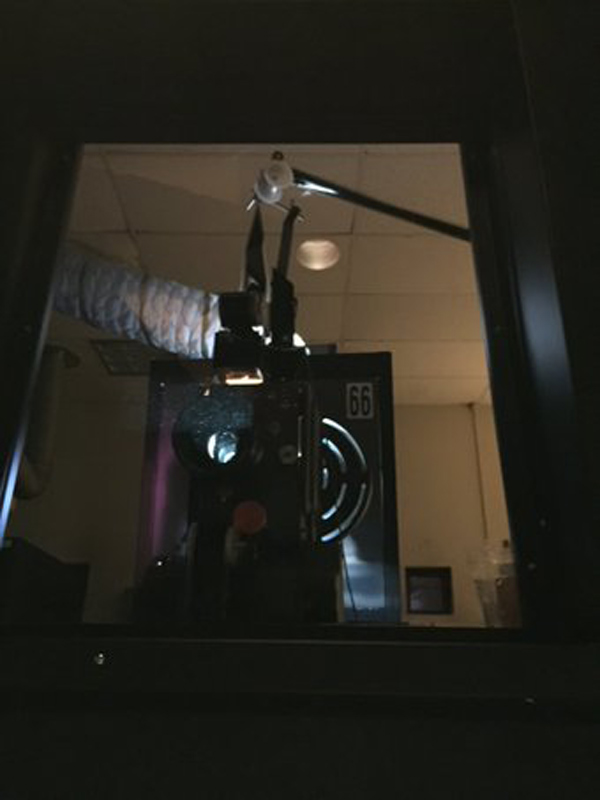 For me seeing the film in 70mm was of major importance to me because I grew up on film in theaters and with the advent of digital I can account for the last five movies that I have seen on film in the past few years. Two regular releases Interstellar in IMAX film, Mission: Impossible – Ghost Protocol IMAX film, and revival screenings of 1941, Tron and The Black Hole. Seeing a movie that is shot on film and projected on film is a magical experience. There is a real intangible feeling of seeing it and much more natural than digital can sometimes be. 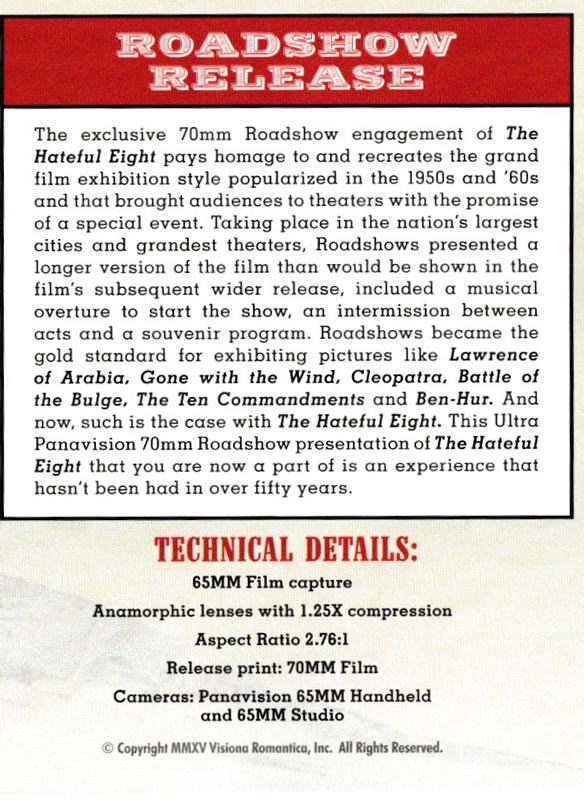 Quentin Tarantino has shot all of his feature films on film stock and for Hateful Eight he pulled out the big guns and shot the film in Ultra Panavision 70 that uses 65mm film stock with Anamorphic lenses with 1.25x compression that translates into a 2.76 aspect ratio that is largest aspect ratio that was regularly used. (Note: There is only one film with a larger aspect ratio was Napoleon 1927 that for final reel of the film using 3 x 35 mm (Triptych sequence) that was a 4:1 aspect ratio) 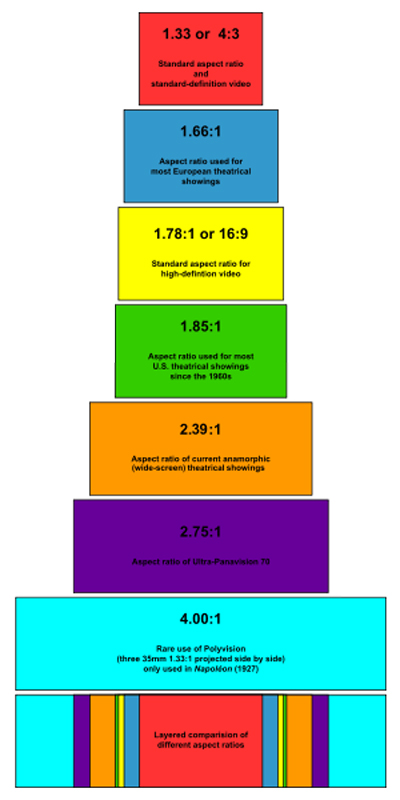 Here is the plot of the film, Some time after the Civil War, a stagecoach hurtles through the winery Wyoming landscape. Bounty hunter John Ruth and his fugitive captive Daisy Domergue race towards the town of Red Rock, where Ruth will bring Daisy to justice. Along the road, they encounter Major Marquis Warren an infamous bounty hunter; and Chris Mannix a man who claims to be Red Rocks new sheriff. Lost in a blizzard the bunch seek refuge at Minnie’s haberdashery. When they arrive they are greeted by unfamiliar faces: Bob, who claims to be taking care of the place while Minnie is gone; Oswaldo Mobray, the hangman of red rock; Joe Gage, a cow puncher; and confederate general Sanford Smithers. As the storm overtakes the mountainside, the eight travelers come to learn that they might not make it to Red Rock after all…

The film itself is quite good and at a 187 running time for the Roadshow version moved along very nicely. I was very impressed with the film because the main focus of the picture is pretty much pure dialog and that is a Tarantino specialty. With the film taking place mostly in one location this is where the script really comes into play. The all-star cast deliver the script with such a passion that made the film very enjoyable. Kurt Russell is my favorite of the cast with Jennifer Jason Leigh coming a close second. Although Samuel L. Jackson really chews up the scenery in this film and nearly steals the show. It was also nice to see Walton Goggins get some big screen exposure to show movie audiences his fine work that he has done on television lately. Every role is perfectly cast with actors that truly inhabit their roles and made the experience of the film work so well. While the films story is pretty much a revenge/who done it mystery while not wholly different from his previous films I do feel that the film stands on its own quite well. I never once while watching the film thought about any of his other films.

Beautifully shot by regular Tarantino current collaborative Cinematographer Robert Richardson that masterfully uses the Ultra Panavision 70 format to capture the subtle detail and emotions of the one set as well as some truly breathtaking outdoor scenes. I was blown away at how well the use of the extra wide frame gave the film such a great scope but at the same time was very intimate that is rarely seen in films today. The extra width really gave the film a look and feel that was very impressive and really drew me into the story. The film also captured some truly stunning outdoor locations that reminded me of films like Doctor Zhivago with the beautiful Colorado filming locations. The score by Ennio Morricone is possibly one of the best scores that I have heard in quite a while. The tone and mood of the film with the music gave me a real visceral experience that I haven’t felt in a film and one of the few times I have wanted to buy the soundtrack for a film. 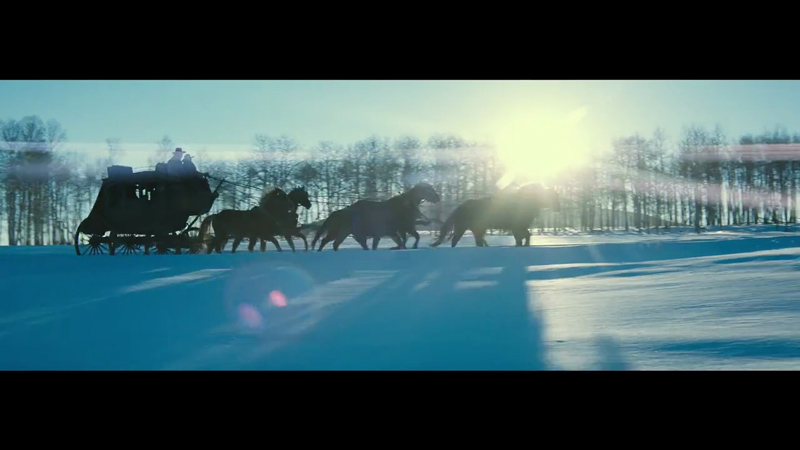 While some would argue that the film is similar to his last film Django Unchained they are thematically very different and only in the western theme are they similar. That is like saying Martin Scorsese gangster films are all the same because they are about gangsters. I don’t like comparing a filmmakers work to previous ones because they must stand on their own and while you might like one more than others they are still separate and different.

The film has its share of violence and language but I felt that both fit the tone and the period of the film well and while there are some truly shocking violence in the film nothing felt super over the top compared to films that wallow and use it as a crutch. It’s not going to be everyone’s cup of tea but there was nothing that bothered myself. It fit the tone of the period that the film is set in.

Where the use of Ultra Panavision 70 come into play is the detail of both the sets and the actors that really makes the film shine. The film truly captures every nook and cranny of the interior of Millie’s Haberdashery and while you would think that the super wide aspect would not work but with Tarantino and Richardson at the helm they deliver a film that feels more old school that a current release. The more natural detail that film delivers over digital is very evident here. While I’m not opposed to digital shooting of a film when it comes to period films like this you would be crazy to not shoot on film. A good example is the film Belle (2013) set in 18th century England that was shot digitally and processed to hell to look like film and looked terrible and not period at all and more recently Far from the Madding Crowd shot on film mirrored its Victorian England period perfectly.

In the end it was a bold undertaking by Tarantino with the use of Ultra Panavision 70 and while it may not be his best film it certainly is one of the better films I have seen this year and I found it much more entertaining than the current flavor Star Wars: The Force Awakens. Not to say that I think that film is bad but I walked out of The Hateful Eight much more excited and found the film to be more profound and thought-provoking and that is what a good film should do. I can’t recommend enough to see the film in 70mm if it is playing near you and it’s well worth seeing and VERY RECOMMENDED! 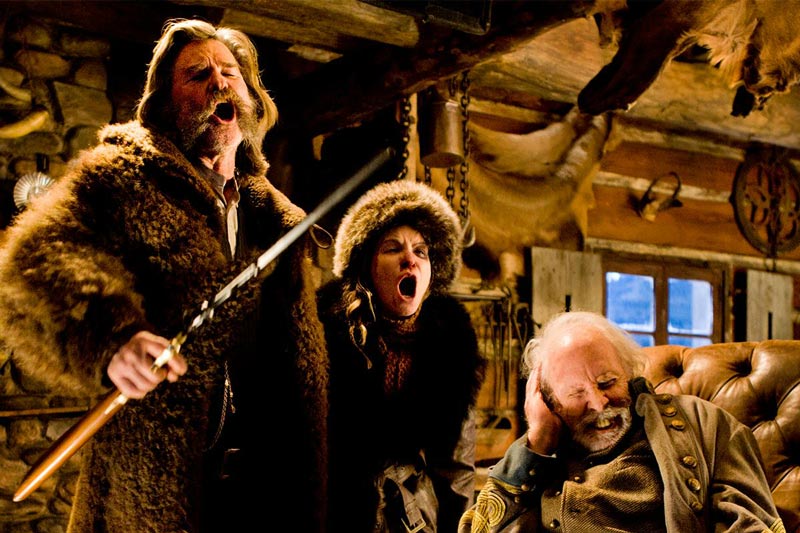 Below are shots that of the special souvenir program that was given away when you go see the special roadshow version of the film. 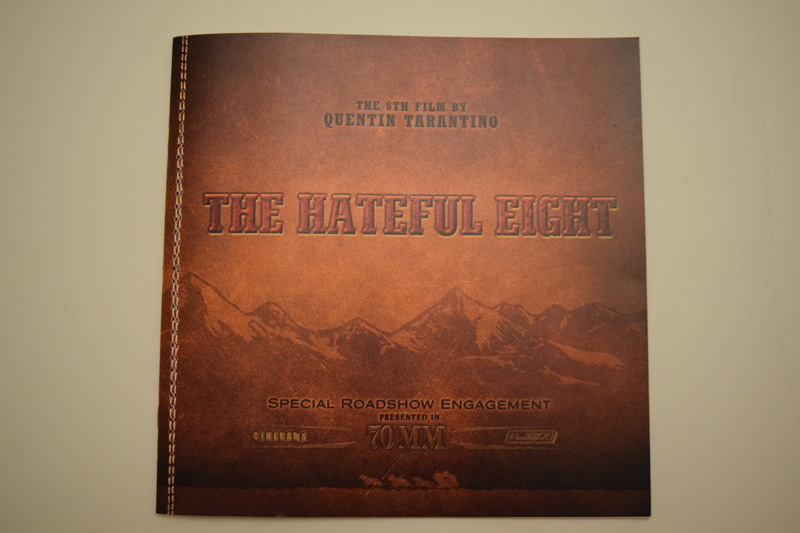 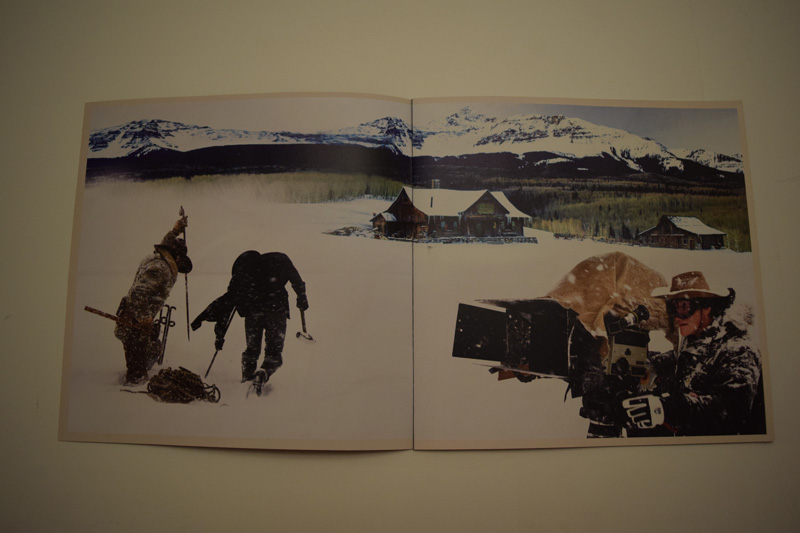 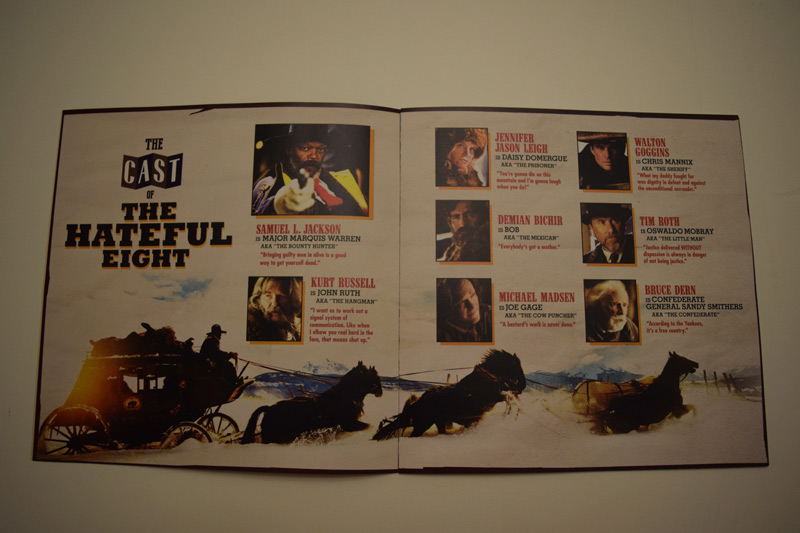 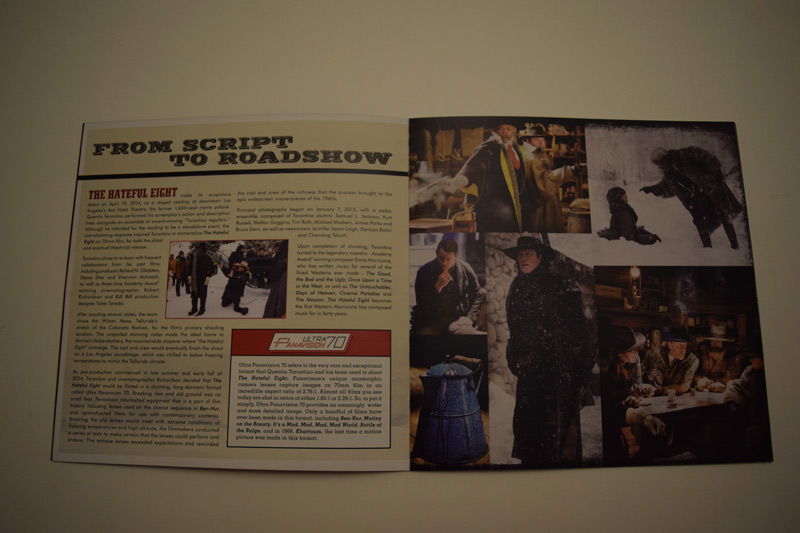 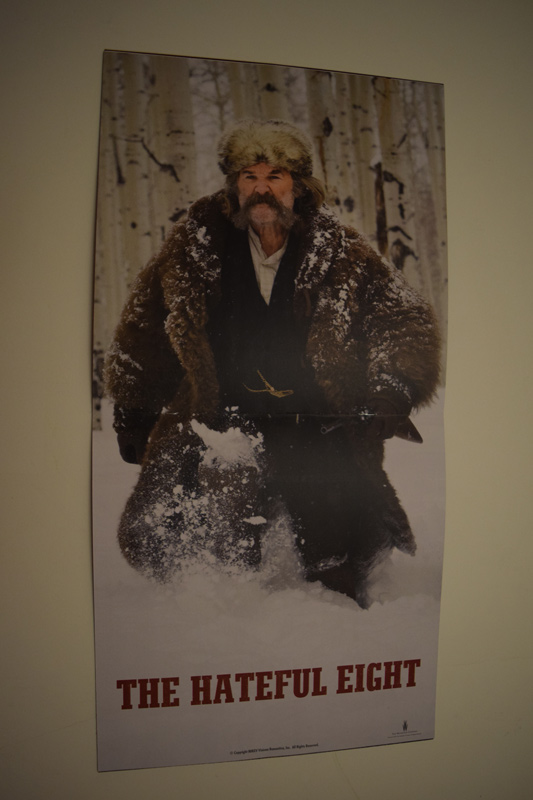 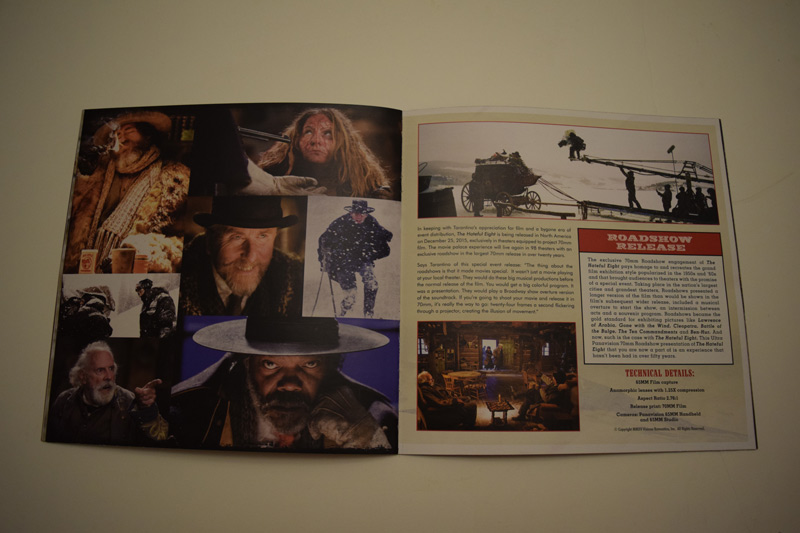 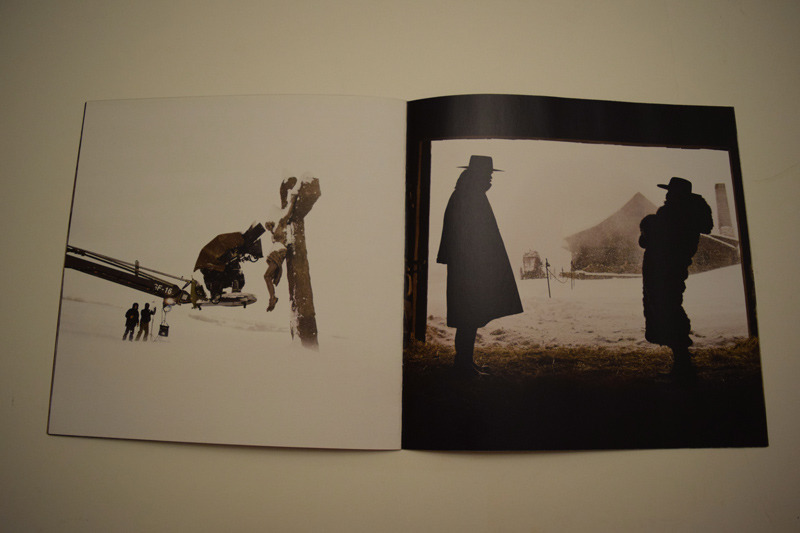 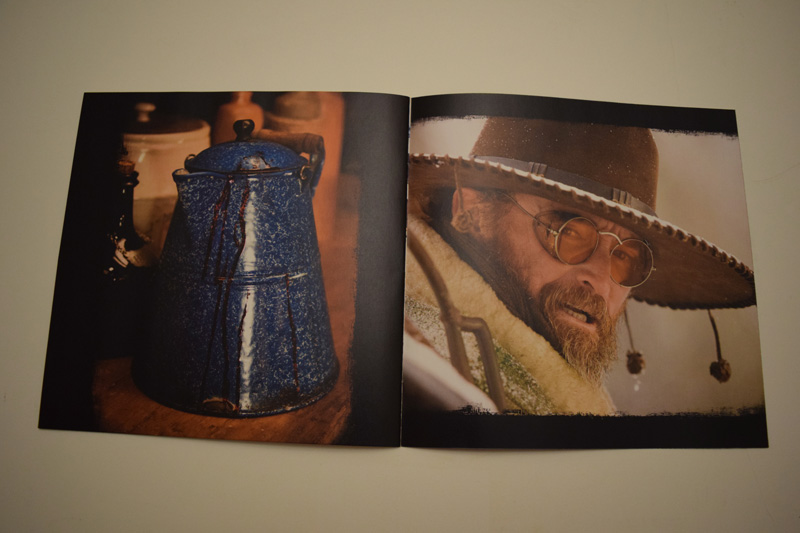 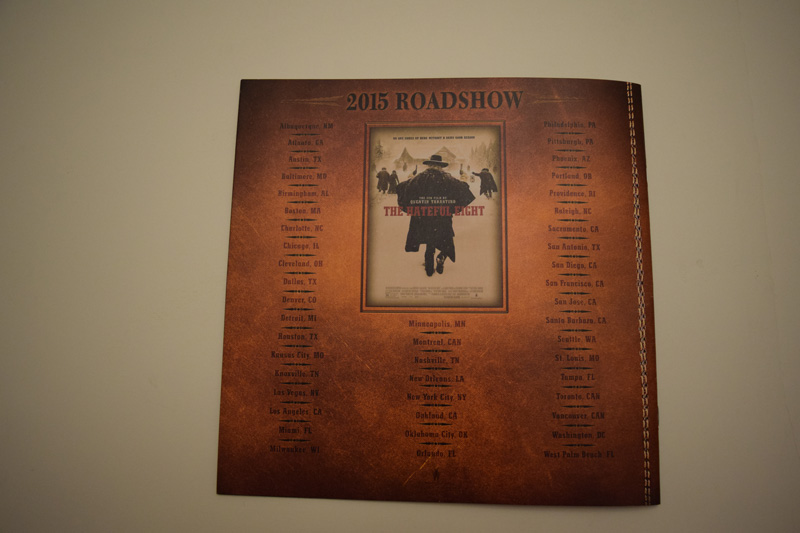 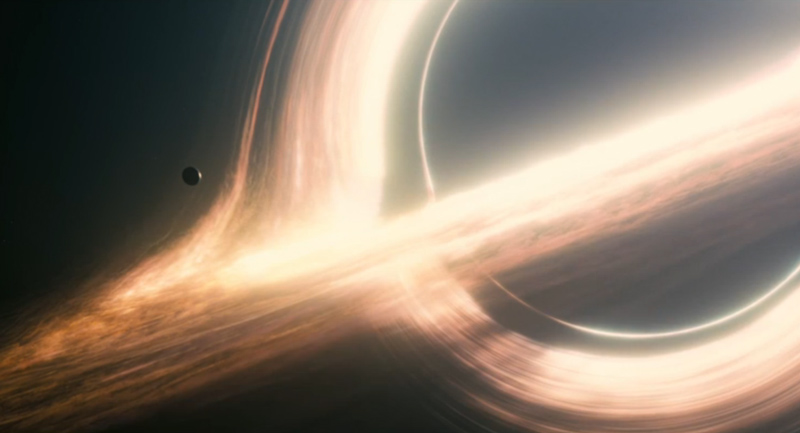 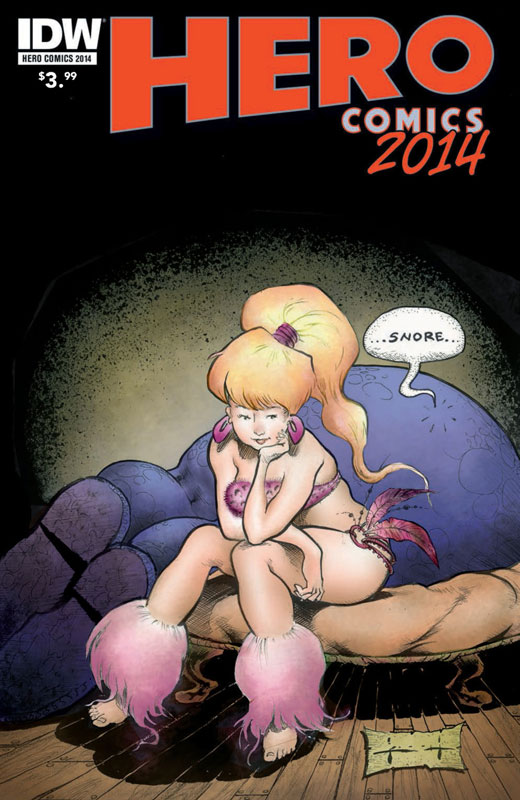 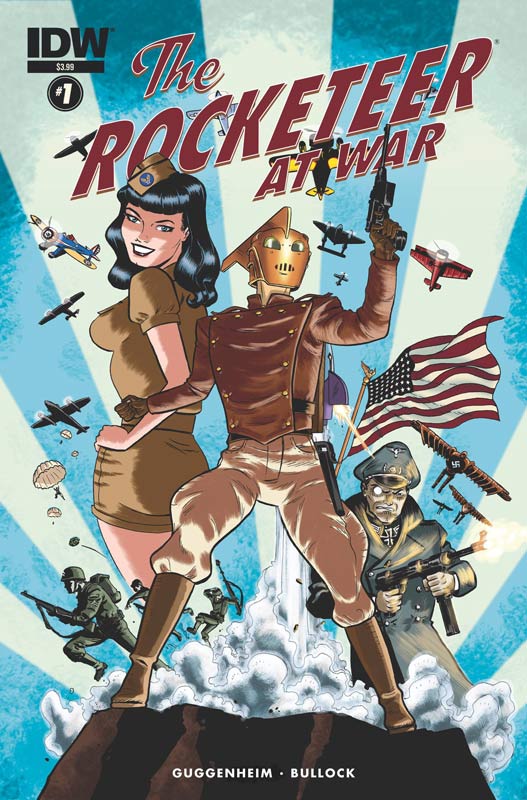