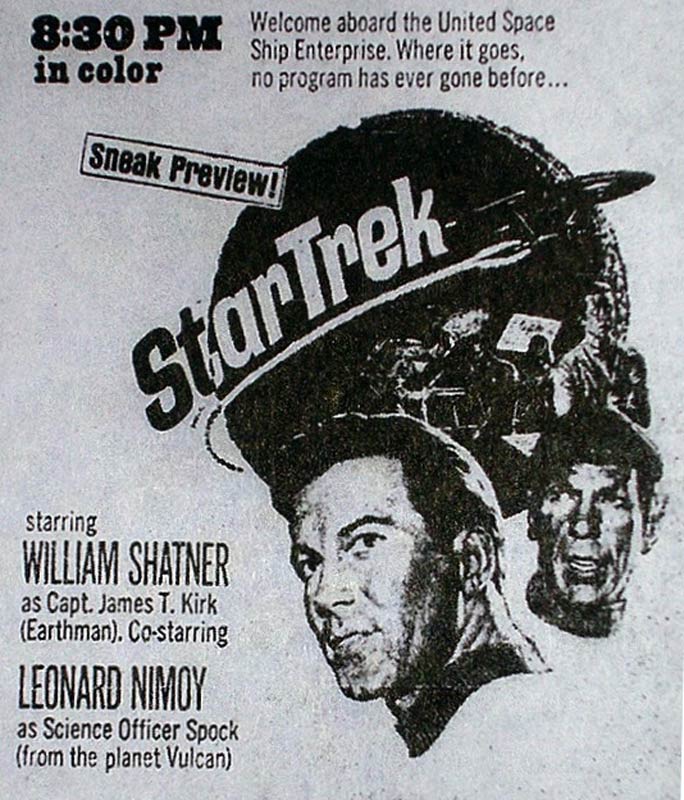 On the eve of the 50th anniversary of the first airing of Star Trek on NBC on September 8th 1966 at 8:30 pm began a journey of Gene Roddenberry vision of the future that has Lived Long and Prospered for 50 years now and continues to entertain and influence film and reality today. 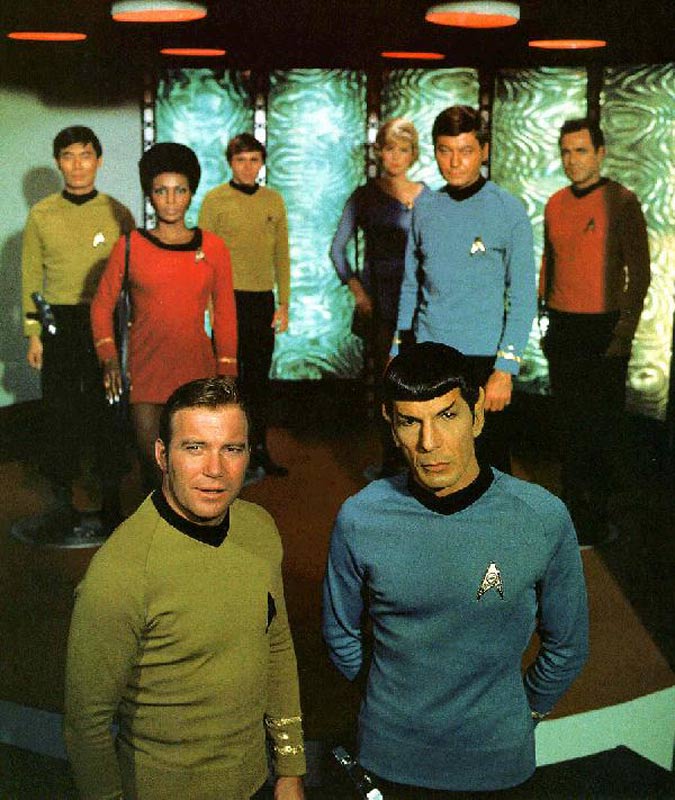 While not the first major prime time science fiction show (that would be Lost In Space that debut in 1965) but it was a show that while not a huge ratings winner did have a very loyal fan base that helped give the show it’s three season run. 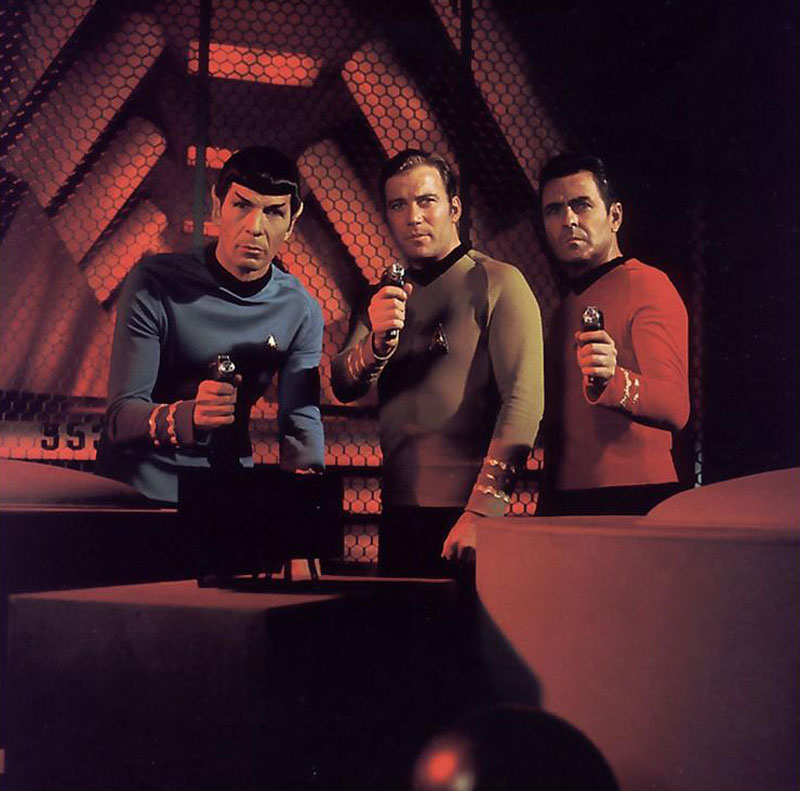 The show broke many barriers at the time with one of the most infamous was the interracial kiss between William Shatner and Nichelle Nichols was a first for television. Roddenberry also tackled racial issues, feminism, militarism and peace, and the most important thing was hope. The series always gave you a good sense of hope. It was also one of the first most gender and racially diverse series on television at the time. 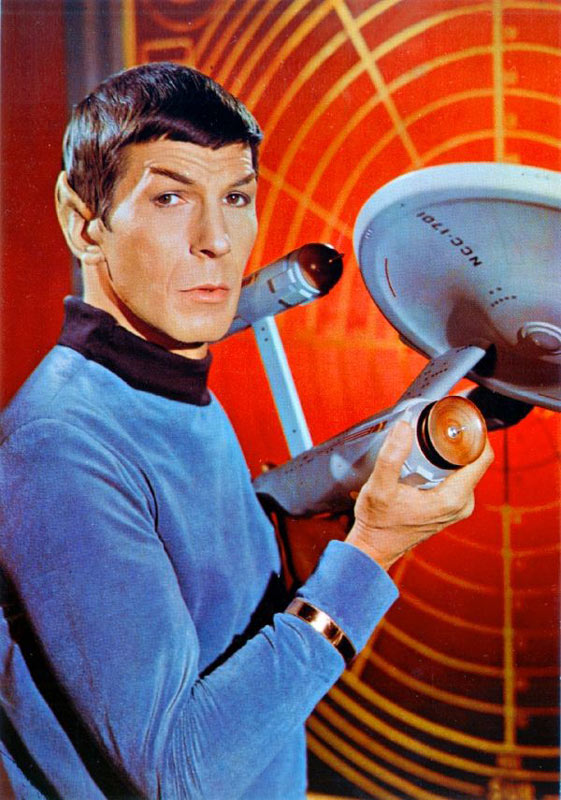 There was one thing that the series did very well was influence young viewers to become scientist, doctors, actors, writers, directors and of course visual and makeup effects artists. There are many people who say that watching the show inspired them. The show also had ground breaking special visual effects that still stand the test of time today. Considering there limited time and budget restrictions they are very impressive. The Howard Anderson Company was the original effects studio behind this work, with its most well-known contribution being the build of the miniature USS Enterprise. The ship was actually realized as two different sized scale models, and then would be combined with starfield backdrops and planet paintings. 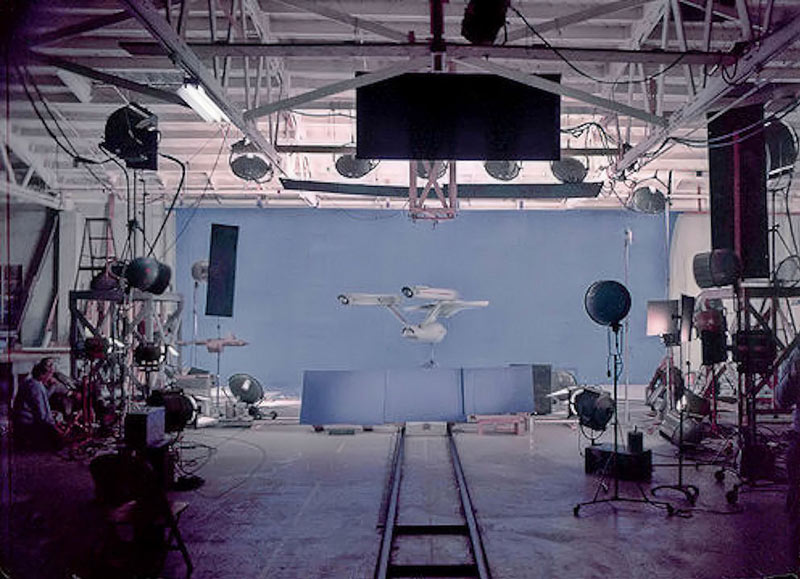 Howard Anderson also devised an effect that would be used in the Trek series and films for years to come: the transporter, in which crew members were beamed from ship to planet or just about anywhere else. The futuristic effect was achieved in a very low-tech way with aluminum powder and old-school optical compositing.

But it was after the show was cancelled that the real impact of the show had on culture. Starting in 1972 was the first of many Star Trek conventions to come was held in New York. Fans from all over the world attended this and many other conventions over the years to celebrate the original series and the other series and films that followed. 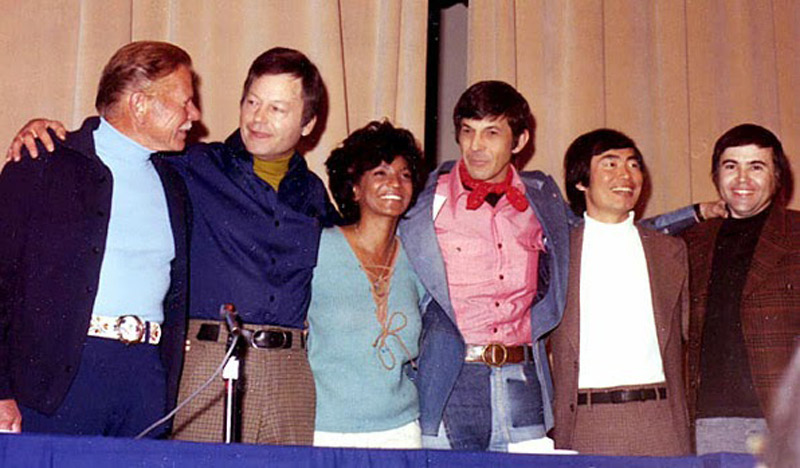 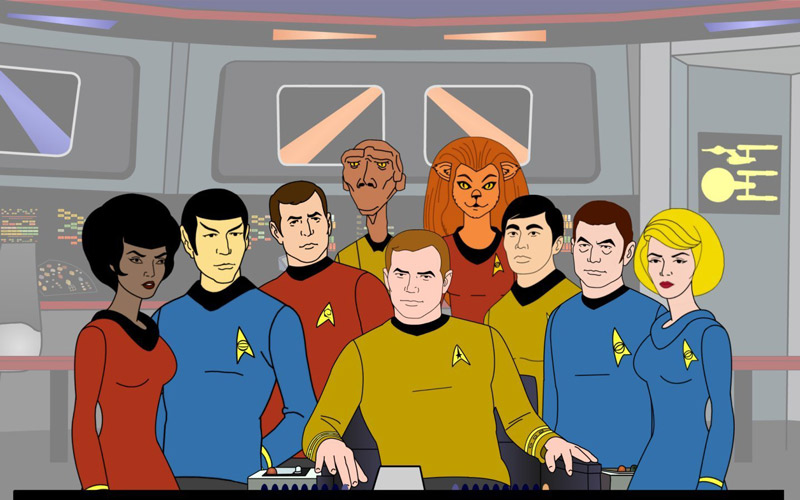 The show continues to get new views thanks to the show being syndicated and was aired in the afternoon and was very popular with younger viewers. That is how I discovered the show back in the day along with the animated series. 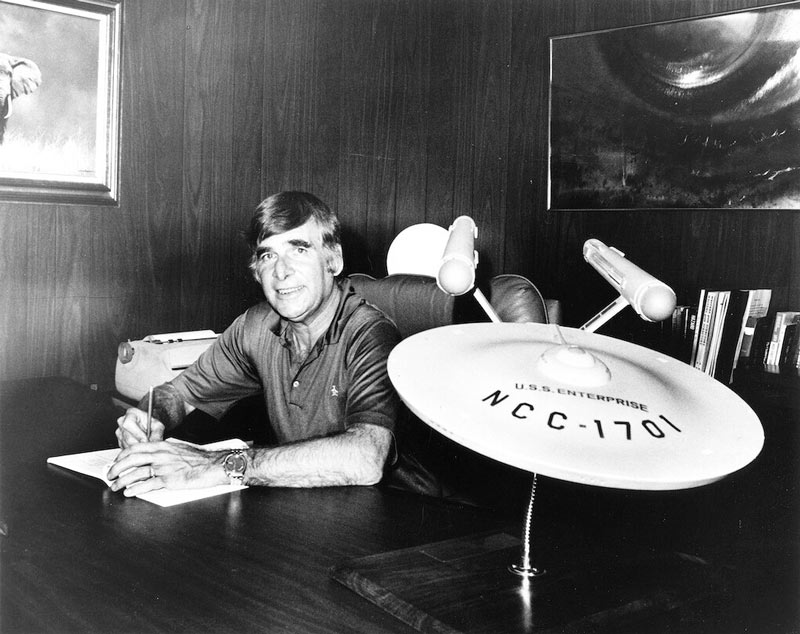 Roddenberry had always hoped to get a new version of the show back on television over the years and there were many attempts to and the closest that he got was Star Trek Phase II. Star Trek: Phase II, also known as Star Trek II, is an unproduced American science fiction television series created by Gene Roddenberry as a sequel to Star Trek, which had run from 1966 to 1969. The plans for the series were first developed after the failure to create a feature film based on the earlier series during the 1970s, coupled with the proposal for Paramount Television Service as a fourth television network in the United States. Phase II would have been the lead program for the network, being broadcast at 8pm EST on Saturday nights. Following the announcement that Star Trek was returning as a series on June 17, 1977, Roddenberry began recruiting new crew members, including Harold Livingston and Robert Goodwin as executive producers. Other staff returning from The Original Series included William Ware Theiss, while Matt Jefferies was hired as a technical advisor and designed an updated version of the USS Enterprise. The initial order was for a two-hour pilot episode, followed by 13 episodes. 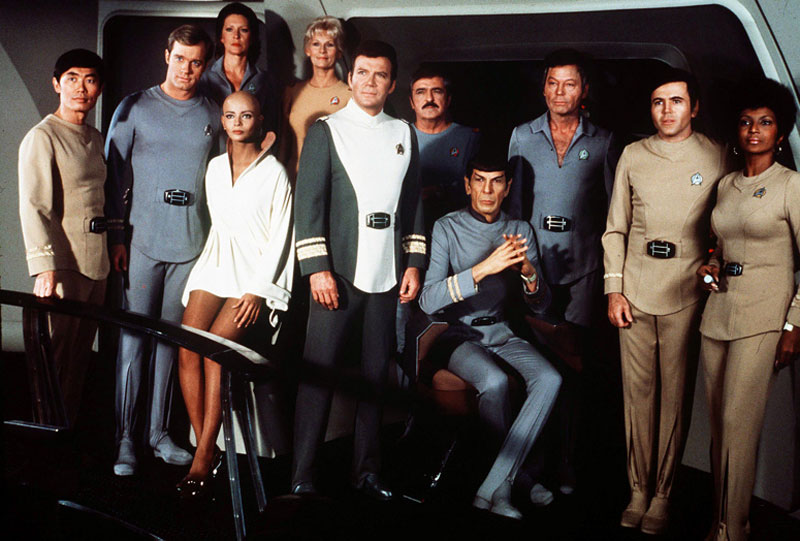 The show was later reconfigured into Star Trek: The Motion Picture directed by Robert Wise after the phenomenal success of Star Wars. While the film received mixed reviews from both critics and fans the huge production cost of the film mostly due to the scrapping of the visual effect by Robert Abel and Associates that cost the studio 5 million dollars and a years worth of time. Douglas Trumbull steeped in and with carte blanche and a blank check if he could get the effects done on time. 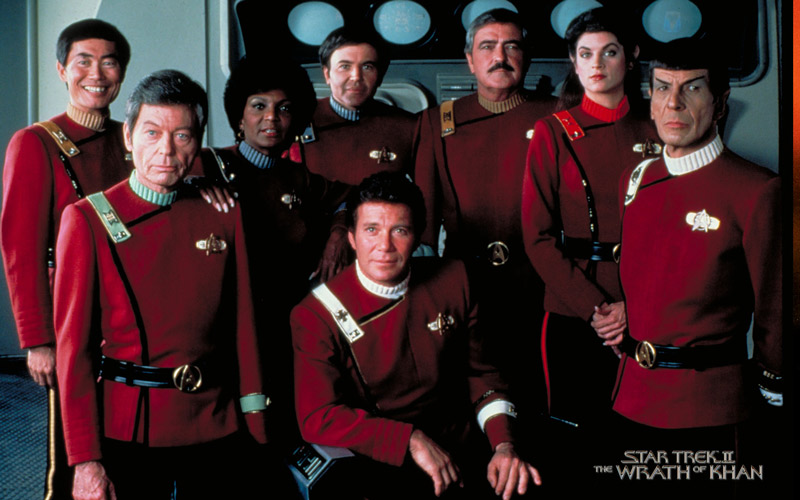 After the dismal reaction to the film Paramount series creator Gene Roddenberry was forced out of the sequel’s production Star Trek II: The Wrath of Khan. Giving director Nicholas Meyer a very small budget he delivered what most fans agree is the best Star Trek film ever made. It delivered all that was missing from Star Trek: The Motion Picture and more. With a solid story and great villain Khan from the original series episode Space Seed again played perfectly again by Ricardo Montalbán. 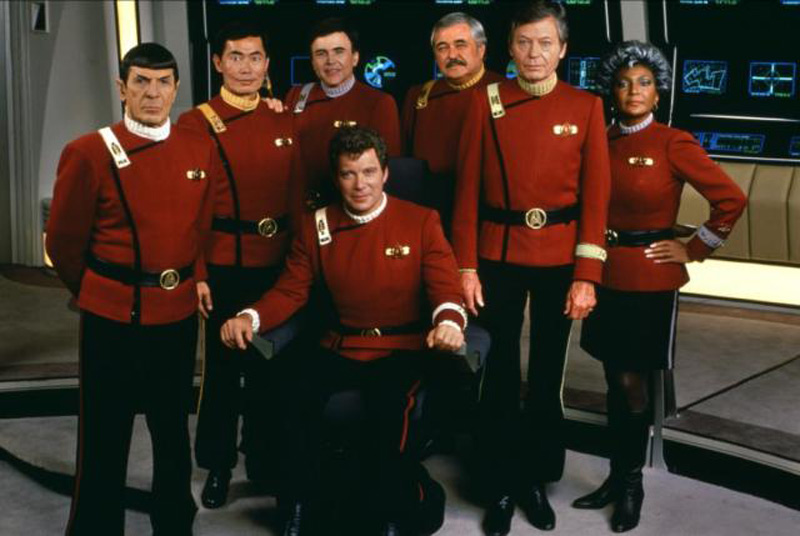 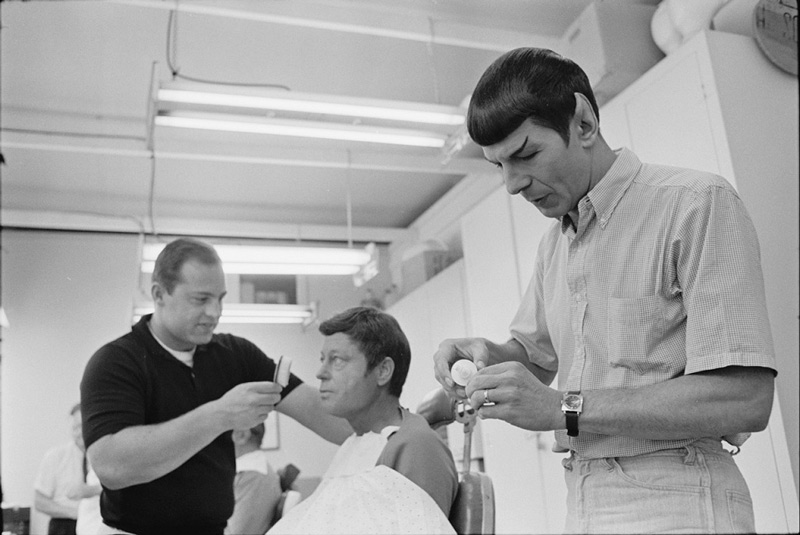 While there have been other Star Trek television series and films there will always be a special place in mine and others hearts for the original series and the cast. There have been many science fiction television shows and films that are inspired by Star Trek but they will never capture the magic that the original series created in 1966. If you go back and watch them you will see thought-provoking stories and endearing characters that you can watch over and over and still be entertained by. It’s hard to believe that a little science fiction show that was canceled after three seasons has gone on to become a cultural phenomenon that will continue to entertain and inspire many generations to come. So happy 50th Birthday to Star Trek and may it Live Long and Prosper! 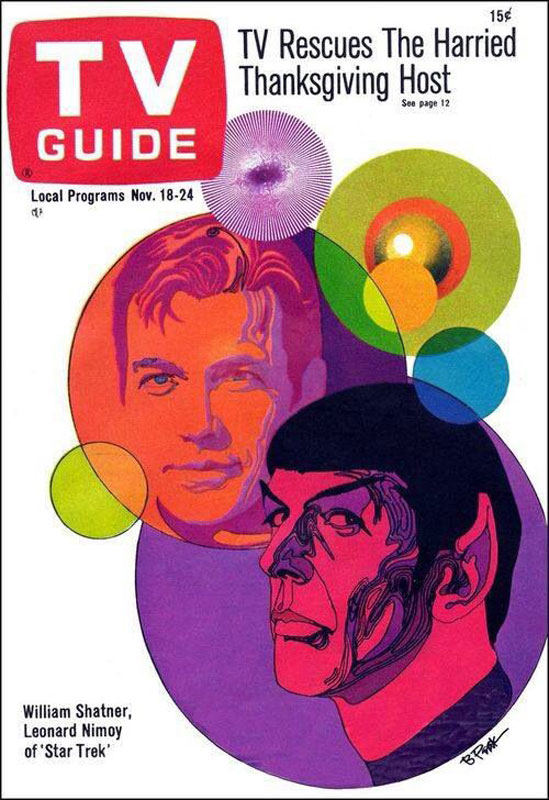 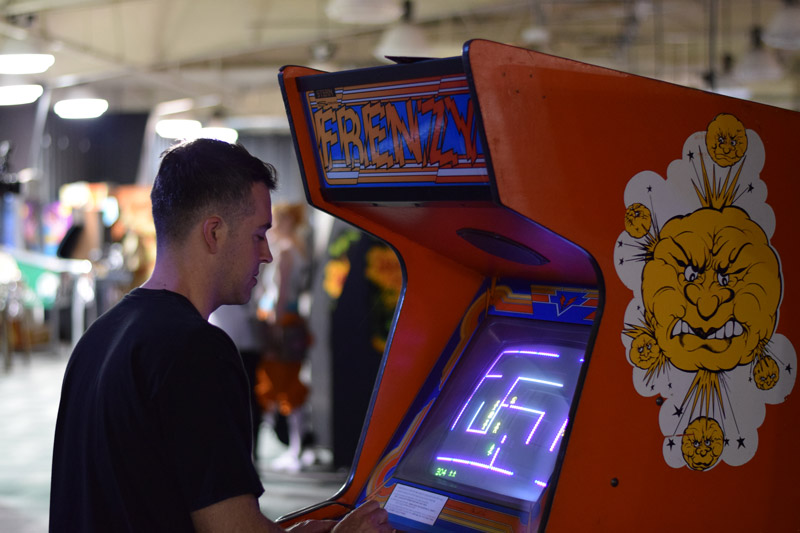