This weeks newest “outrage” on the internet was the upcoming Batgirl #41 Joker variant cover by artist Rafael Albuquerque of American Vampire fame. So a quick recap of events that led to the outrage over the cover.

Last Friday DC released images of the upcoming Joker themed variant covers for some of the June comics. (Full list and images at GeekDraw)

Then the website Bleeding Cool started to push the issue by saying that the cover “does seem to be a little counter-intuitive. And the direction of the gun does give the whole thing a very disturbing sexual overtone.” and at the end of the “story” they say “can an outraged social media campaign persuade DC to change their minds on this one?” (NOTE: I refuse to link the story in question because I feel that the story was set up to start trouble and get clicks to the site. This is not the first time that they have done this and I will not promote click bait journalism)

Over the weekend and then spilling into national media outlets and twitter and Facebook outrage. Then things really got out of hand with#changethecover hashtag going up against the #dontchangethecover and it went downhill from there. It sadly went from a discussion to downright ugly with lots of hate speech and death treats to people on both sides of the controversy.

My Batgirl variant cover artwork was designed to pay homage to a comic that I really admire, and I know is a favorite of many readers. ‘The Killing Joke’ is part of Batgirl’s canon and artistically, I couldn’t avoid portraying the traumatic relationship between Barbara Gordon and the Joker.
For me, it was just a creepy cover that brought up something from the character’s past that I was able to interpret artistically. But it has become clear, that for others, it touched a very important nerve. I respect these opinions and, despite whether the discussion is right or wrong, no opinion should be discredited.
My intention was never to hurt or upset anyone through my art. For that reason, I have recommended to DC that the variant cover be pulled. I’m incredibly pleased that DC Comics is listening to my concerns and will not be publishing the cover art in June as previously announced.
With all due respect,
Rafa

We publish comic books about the greatest heroes in the world, and the most evil villains imaginable. The Joker variant covers for June are in recognition of the 75th anniversary of the Joker.
Regardless if fans like Rafael Albuquerque’s homage to Alan Moore’s THE KILLING JOKE graphic novel from 25 years ago, or find it inconsistent with the current tonality of the Batgirl books – threats of violence and harassment are wrong and have no place in comics or society.
We stand by our creative talent, and per Rafael’s request, DC Comics will not publish the Batgirl variant. – DC Entertainment

Unfortunately DC Comics seems to have the worst public relations staff writing their press releases and it seemed as if artist Albuquerque had been threatened. This in fact was not the case and Batgirl co-writer Cameron Stewart wrote on twitter:

Something to clarify, because DCs statement was a little unclear. @rafaalbuquerque did not get threats. People OBJECTING to the cover did.

This led to the subject of the current Batgirl creative team did not know or approve of the cover:

@macattack50 given that it wasn’t approved by us and contradicts the work we’re doing, yes.
— Cameron Stewart (@cameronMstewart) March 17, 2015

My opinion on the cover is that I see both sides of the argument. It’s possible to say that the editorial department of DC Comic somewhat dropped the ball on the cover. But with the artist of American Vampire doing an homage to the Killing Joke probably wouldn’t fit into the tone of the current Batgirl theme. As a long time comic book fan I got the cover and understood that he was doing an homage to the Killing Joke. I wonder how many of the outraged commentators have actually read The Killing Joke and understand the artistic intent of the homage? Here is the famous page where Joker shoots Barbra. 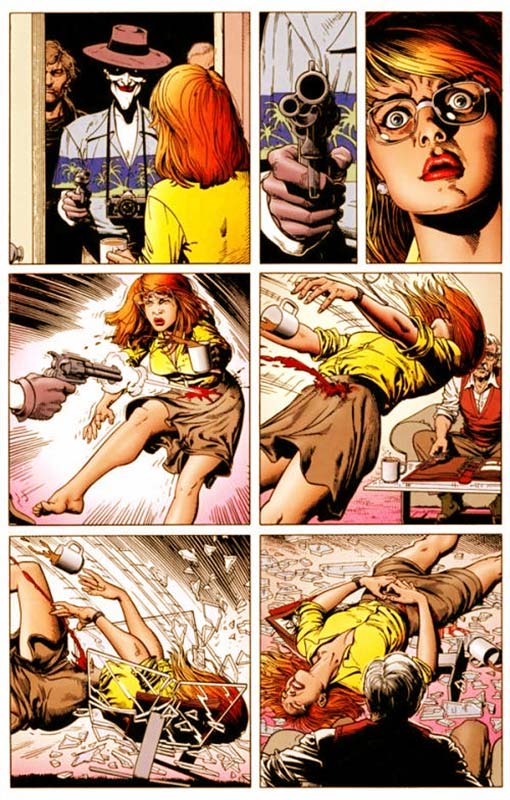 Should the variant cover been used with the current focus of the book? Probably not. They also really screwed up the response to the controversy. In the end while the artwork is amazing, but it’s probably the right decision to not use the cover with the tone of the book currently. To a lesser degree the Halloween theme cover while not as decisive as the Joker cover was not in tone with the book either. 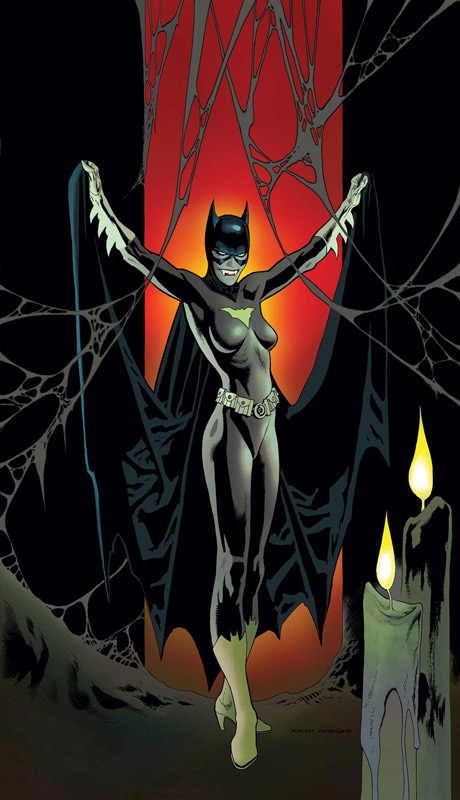 One of the other Joker variant cover for Wonder Woman also take a slightly darker tone but no one said anything about her possibly being blown to bits as a possible issue. Brain Bolland who was the artist on The Killing Joke did the variant cover. While maybe not as edgy as the Batgirl cover it does touch upon similar issues with the tone of a woman in danger. 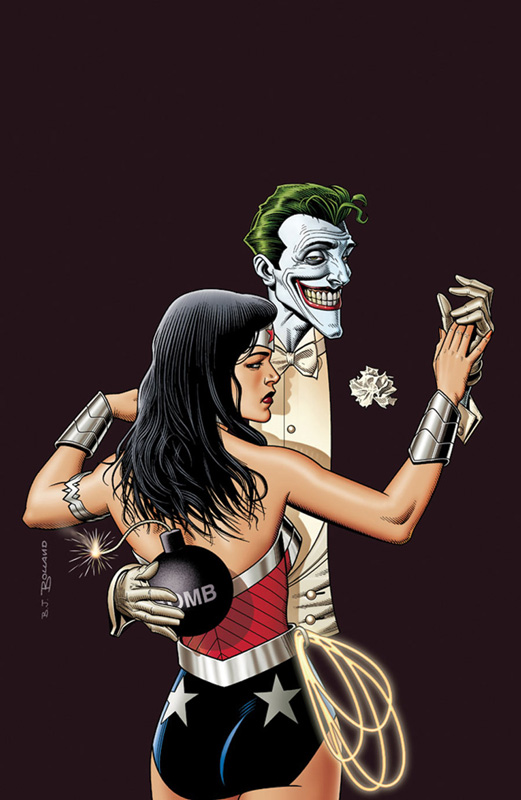 The thing that gets me upset about this whole controversy is the fact that the internet is so full of spite and hatred that you can’t even carry on a discussion about anything. The cover was not censored because we have seen the cover in question so this is not a free speech issue at this point. I have a very difficult time with the way people act on the internet with twitter, Facebook, blogs, and comments. People say whatever the hell they feel like without any thought of what their comments can cause pain and injury mentally to others.

I get really tired of both internet controversies/outrage and political correctness. We have sadly become a society entitled spoiled brats that feel that they can say or do anything without consequences. It’s sad that we have Jimmy Kimmel Mean Tweets and it’s a bit on his show and people think that it’s funny to berate people verbally. We have people saying racist and disrespectful about President Barack Obama and don’t think twice about it. Society is quickly losing it’s humanity at an alarming pace and it’s becoming very disturbing.

This is not the first or sadly the last time there has been controversy in comics. In 1971 DC Comics published the infamous drug storyline in Green Lantern/Green Arrow #85 that had Speedy doing drugs on the cover. 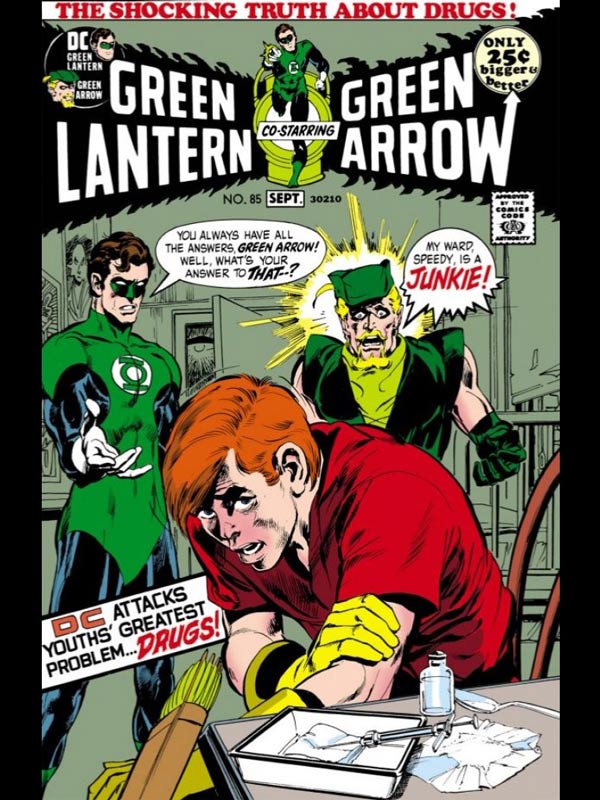 In 1985 when Crisis on Infinite Earths #7 depicted Supergirl’s death on the cover color of the blood was changed at the last-minute because the red blood on Supergirl was deemed to graphic and was changed to black. 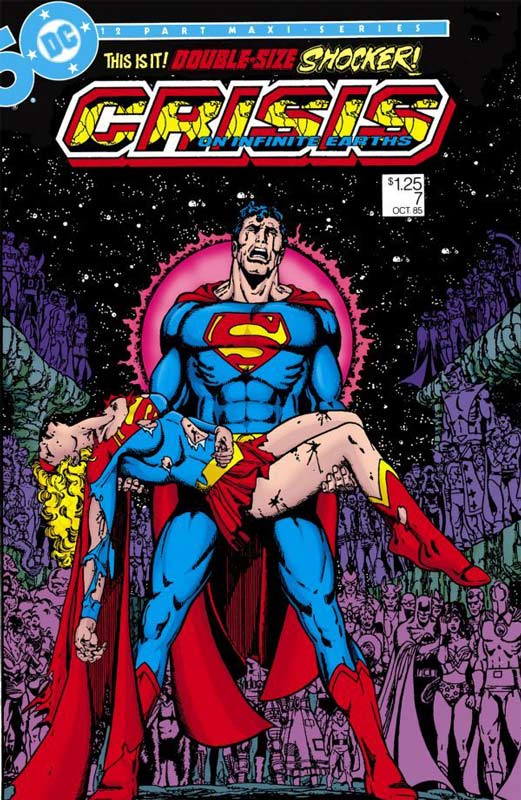 More recently the infamous Spider-Woman “butt shot” variant ran into the same issues as the Batgirl cover because of the over sexualization of her on the cover. The cover was not released. 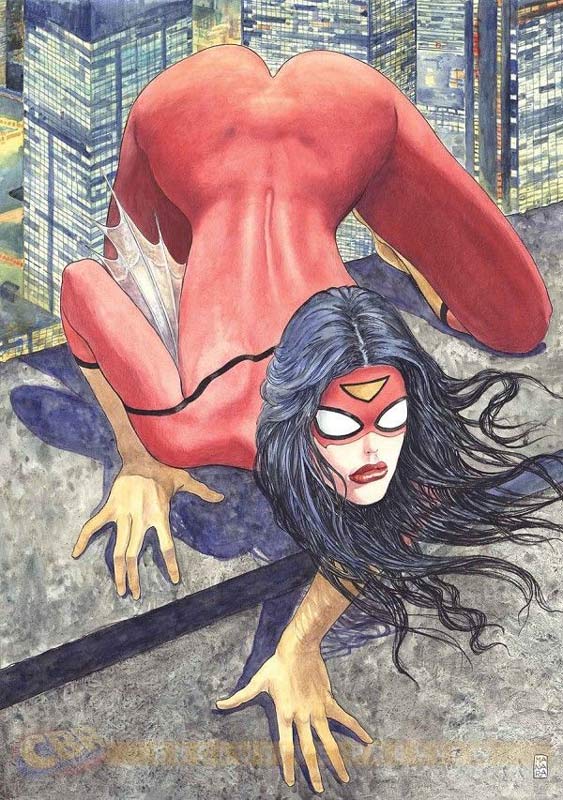 I guess nobody had a problem with nearly the same pose that Peter Parker sported on The Amazing Spider-Man #30 back in 2001. But I guess that sexualizing a mans butt is ok. 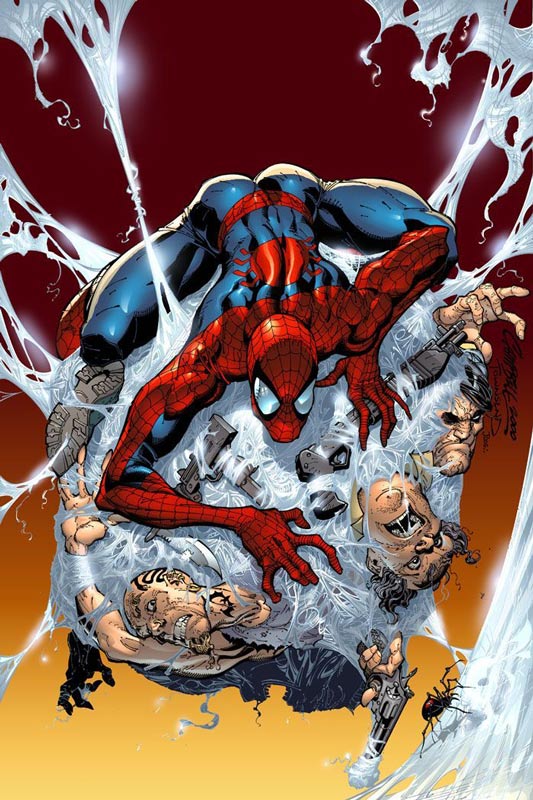 IDW ran into a variant cover problem for the Powerpuff Girls #6 that was commissioned by Cartoon Network and approved by them. The cover was never released. 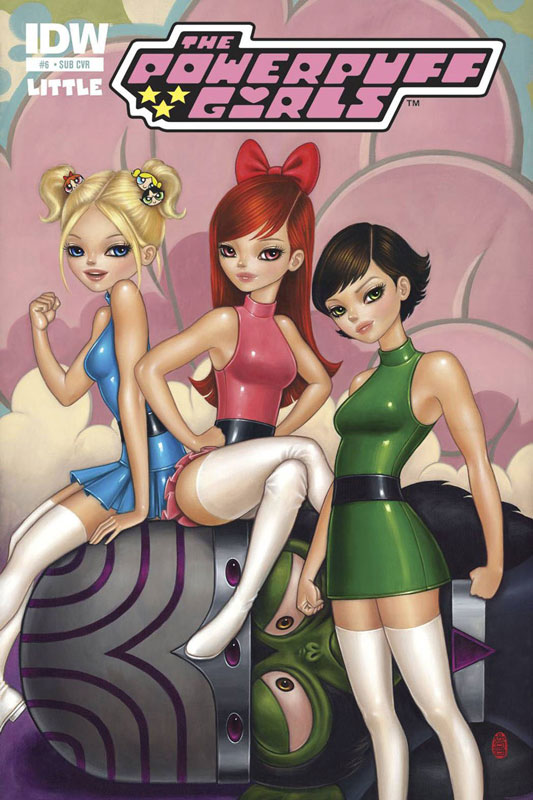 A comics retailer Dennis Barger Jr. posted the image on Facebook along with his reaction:

“Are we seriously sexualizing pre-teen girls like perverted writing fan fiction writers on the internet???? is that what this s*** has gotten to? DISGUSTED.”

Cover artist Mimi Yoon fired back with this:

DO KNOW THAT I AM DAMM PROUD OF THIS WORK OF MINE.

my objective was to illustrate modern, pop cultured, SASSY (not sexy), and humanized Powerpuff Girls who have just beaten the crime lord and have him on the ground. yes, the girls are wearing latex costumes… SO?!?!?! don’t all superpowered heroes wear latex? unfortunately, the comic book will never make it to the stores… yes, i’m truely disappointed… because a perverted mind decided to see in this image what his dirty mind has conjured up, and barked loud enough. worse, he brought up kids and used protecting kids and kids’ perspective in his reasoning/excuse. does he think kids are dumber than him?

Why must we alway go to DEFCON 1 every time there is a controversy? I understand that nearly everything can be offensive to some people and not others. The problem is that while I get that major corporations are concerned about their image and bottom line and that they want to avoid bad public relations issues but people can’t even discuss things anymore without spiraling down into the gutter and everyone has a knee jerk reaction to them. There are so many other more pressing issues in the world like global warming than being upset about a comic book cover. I wish that people would be more outraged about things that truly affect our lives or society than waste their limited time on this planet complaining about insignificant things. And to me is the real controversy and outrage.

I welcome comments on this story but, I will be monitoring the comments and I will not tolerate any comments that are disrespectful or hate filled.