Well the summer box office derby has come to an end and leave it to the Brit’s to save the summer with one of the funniest comedies to come along in a while. Here is the plot synopsis from the official website.

The tale of The World’s End begins on June 22nd, 1990. In their suburban U.K. town of Newton Haven, five boys in the prime of their teenage youth celebrate the end of school by attempting an epic pub crawl together. Despite their enthusiasm and the downing of a slew of pints of beer, they fall short of seeing their quest through, to the last pub on their list, The World’s End. 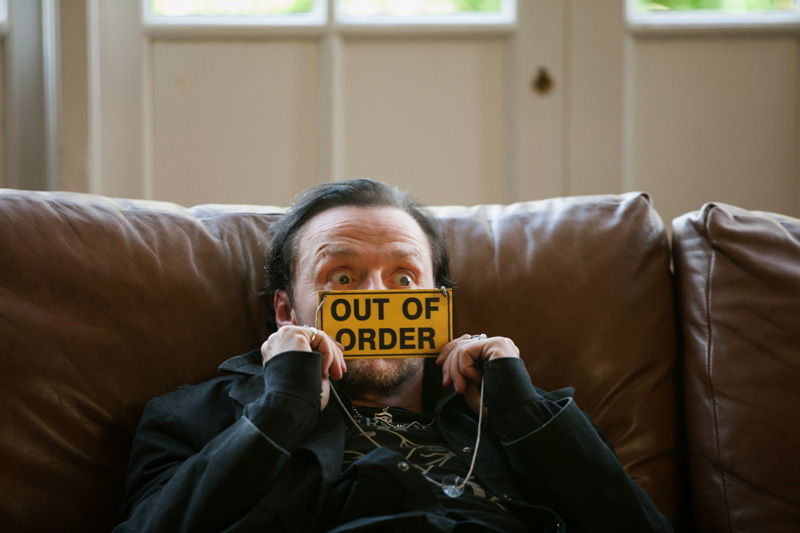 Twenty-odd years later, “the five musketeers” have each left their hometown and are now husbands, fathers, men with careers – with the flashing-red-light exception of their voluble onetime ringleader, Gary King (Simon Pegg), who is now a 40-year-old man trapped at the cigarette end of his teens. The irrepressible Gary, keenly aware of his estrangement from his onetime closest friend Andy (Nick Frost), becomes hellbent on trying “The Golden Mile” drinking marathon again. He convinces Andy, Steven (Paddy Considine), Oliver (Martin Freeman), and Peter (Eddie Marsan) to stage an encore, and one Friday afternoon they are all reunited. Gary is in his element: the mandate is one night, five guys, twelve pubs – imbibing at least one pint apiece at each establishment. Arriving in Newton Haven, they re-encounter Oliver’s sister Sam (Rosamund Pike), for whom Gary and Steven each still carry a torch.

As the gang attempts along the way to reconcile their past and present, an increasingly insane and dangerous series of encounters with old haunts and acquaintances makes them realize that the real struggle is for the future, not just theirs but humankind’s. Reaching The World’s End is the least of their worries… 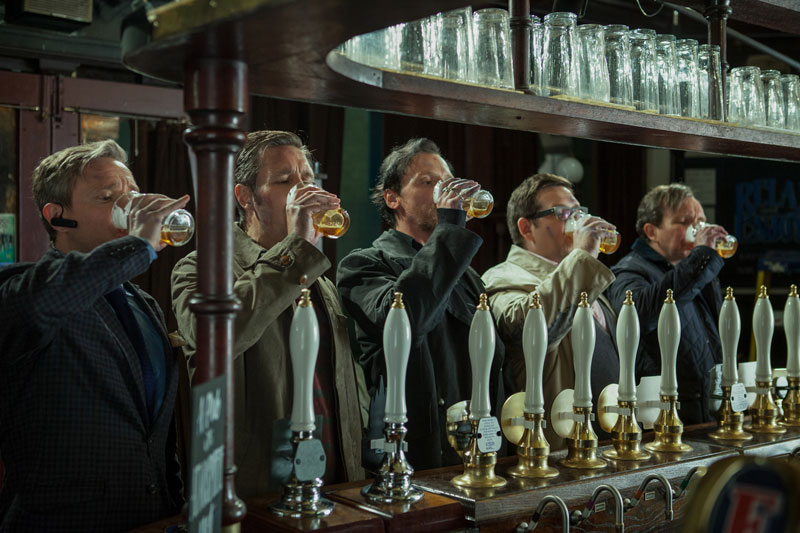 For me this summer has been disappointing filled with sequels, remakes overblown “event” movies that no one really wanted (Yea I’m looking at you Lone Ranger). Then when summer films tend to wind down in August and the major studio’s tend to dump their duds. Well here is a little $20 million film that might just be the most enjoyable film to be released this summer. If you have seen Shawn of the Dead and Hot Fuzz (and if you haven’t shame on you and go watch them right now) then you know that Wright has come out of nowhere and with four feature films later (Shawn of the Dead, Hot Fuzz, and Scott Pilgrim Vs. the World) has delivered really unique and highly original films. The combination of Wright, Pegg and Frost is the third of a “trilogy” of films are like a well oiled machine. The great thing about The World’s End is that while it has the same feel of the previous two (Shawn and Fuzz) it does stand on its own. The thing that set this film apart from other recent attempts at comedies is that it’s truly funny and the humor never feels forced. I haven’t laughed this hard in quite sometime. While on the surface there are some resemblance to Shawn of the Dead, The World’s End has a deeper plot than a town being overrun. The other thing is the great supporting cast that really makes this movie shine. The film looks so much bigger than its budget and the visual and makeup effects put bigger budget films to shame. The other thing to note is that The World’s End was shot on film and is proof that shooting on film gives such a great texture. Beautifully shot by Bill Pope who had shot Wright’s previous film Scott Pilgrim Vs. the World. If you are looking for a film to see before the Oscar rush of the fall this is a great choice. 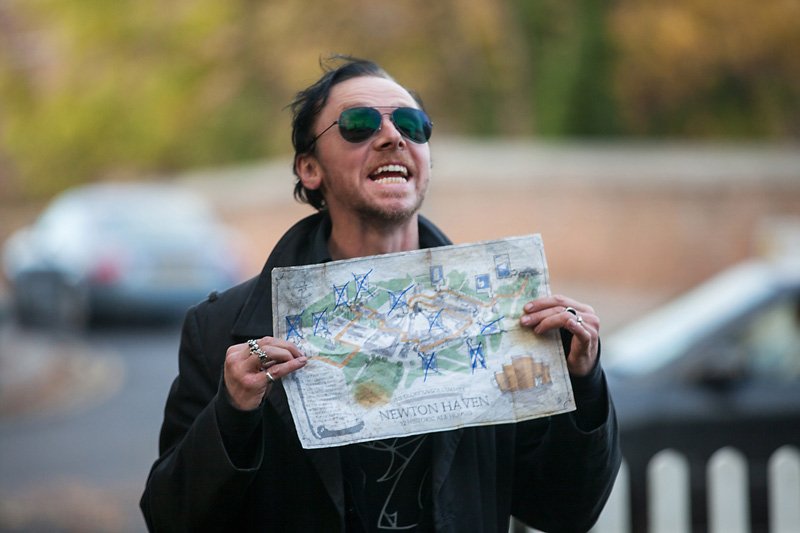 Is The World’s End worth your time and money. Absolutely it’s the best $12.50 I have spent all summer. I usually gauge a film by if I want to buy it when it comes out on Blu-Ray. I can easily say that this is a must buy for my and your collection when it’s available. Do yourself a favor and see it in the theater. It really shines on the big screen with an audience. It’s filled with great humor, great action and of course full pints of beer. 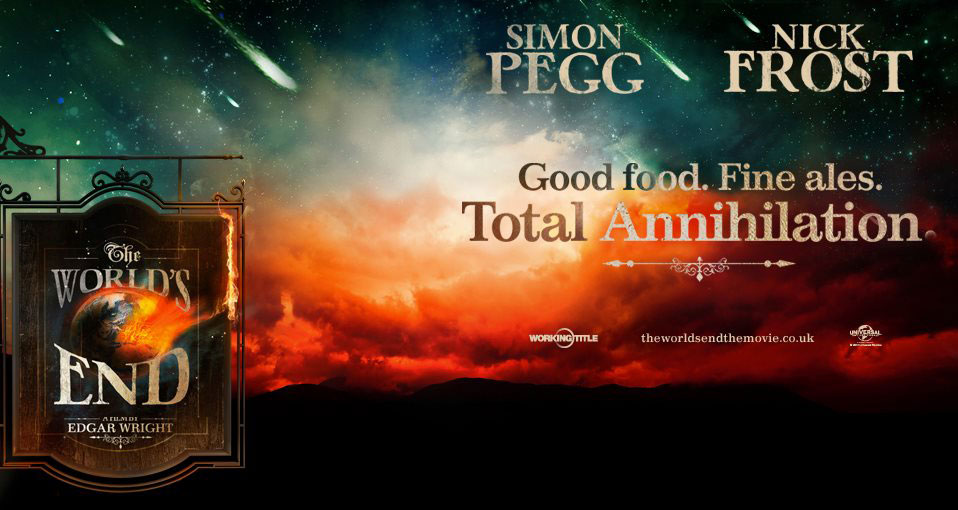 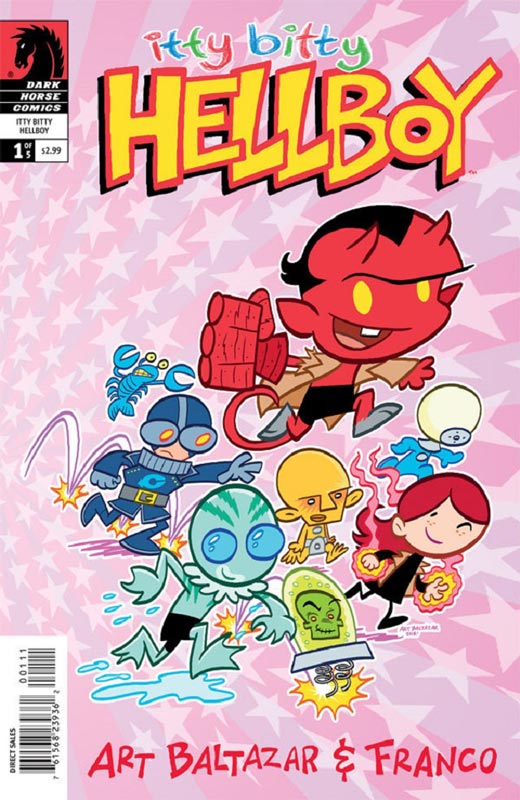