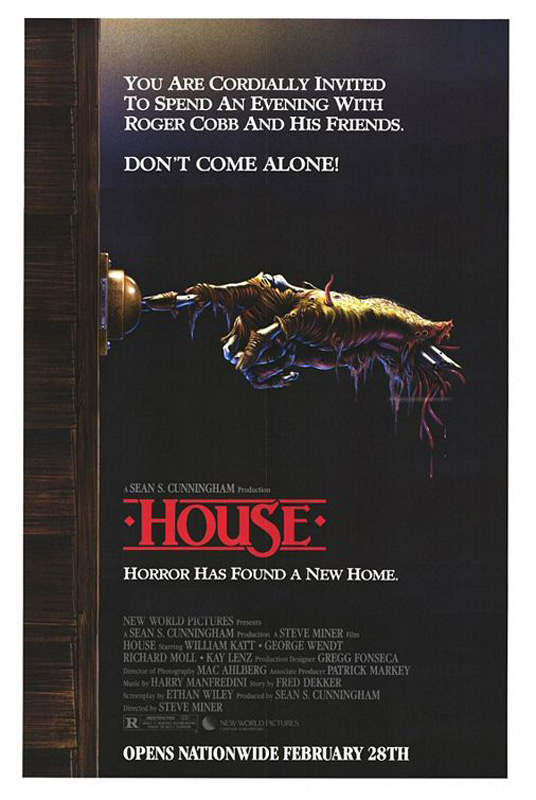 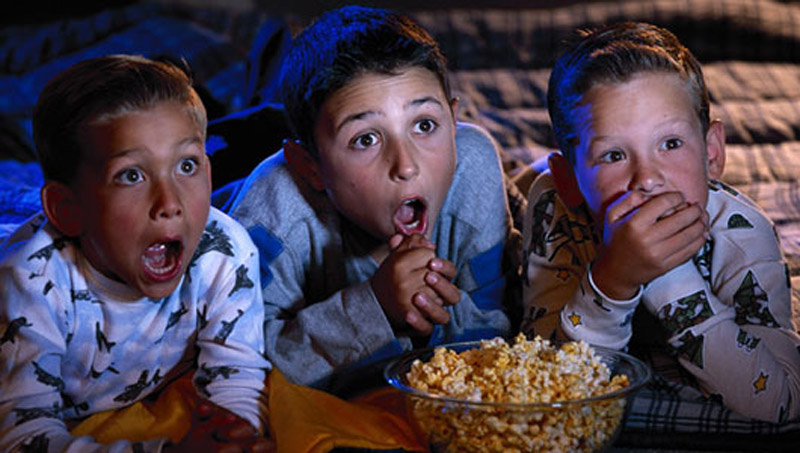 With Halloween right around the corner a lot of us get in the mood by watching horror films, and there are plenty of great ones to choose from. While there are the obvious choices of films like Halloween (1978), Nightmare on Elm Street (1984), The Haunting (1963), The Thing (1982), Dawn of the Dead (1978) and so many other that the list is nearly endless.

While most of the well-known horror films are a staple of most people’s libraries there are a lot of more obscure and not so obvious choices to watch during the Halloween season. While there are some that are going to be on this list that you might have seen, I’m guessing that there is going to be a few that you may have never even heard of. While some of them are guilty pleasures they all are great films in one way or another to add to list of horror movies to watch this month. 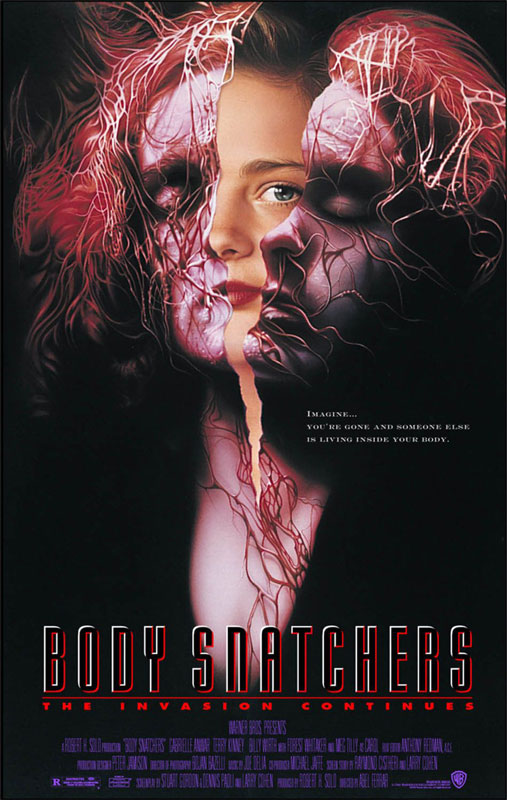 This is the third adaptation of Jack Finney’s 1955 novel The Body Snatchers following the original 1956 film Invasion of the Body Snatchers that was a brilliant film and very ahead of its time. Most people found the 1978 Philip Kaufman version to be superior. While I’m a huge fan of both of those versions I really have a fondness for the Ferrara version of the story. While this version is the farthest from the novel that is what I love about it. The 1978 version follows a very similar path as the 1956 film but Ferrara give this one lots of new twist and turns that really gave the film a ver fresh quality. Setting on a military base is quite ingenious and having the hero as a female (Gabrielle Anwar) really makes this feel a lot different. One of my favorite scenes is when her younger brother is in school and they are asked to draw he does a normal drawing but all of the other kids draw the same image and they all start looking at him because they know he is different. He also has the people who are turned the ability to talk and this is where the film shines because the actor have to act but show no emotion and the cast do a very nice job especially Meg Tilly. If you have never seen this version I highly recommend it. 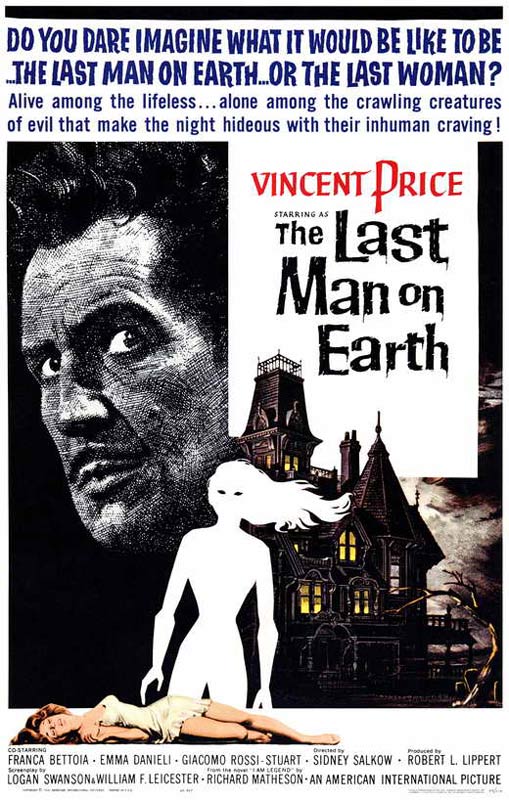 While everyone is familiar with the great Vincent Price body of work, surprisingly this is one of his films that a lot of people have rarely seen. Based on the Richard Matheson novel I Am Legend that was later adapted twice. In 1978 The Omega Man and in 2007 I Am Legend. I’m  guessing that most everyone has seen the 2007 version but while that is a decent film its strays the farthest from the novel. While Matheson did write the original screenplay for the film but there were later rewrites of it and had his named removed. While the budget of the film hampers the film at times, it’s still the best version of the novel on film. Largely due to the great acting of Price who really makes the film work so well. He really raises the quality of the film despite it’s budget and production flaws. While some modern viewers might struggle with these issues, but the story and Price’s performance really make this version stand out. It delivers a really creepy and intense version of the story and for me blows the other versions away. 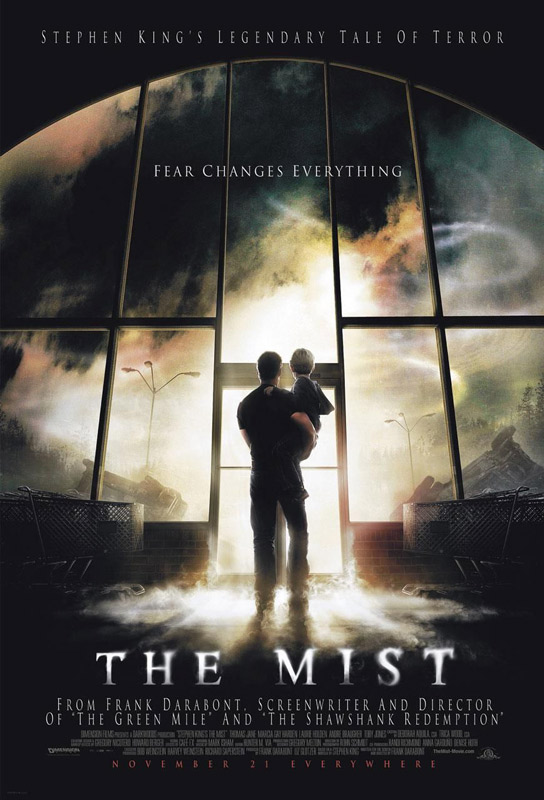 Some would find it odd that a film based on a Stephen King novel and directed by Frank Darabont would be on a list of underrated horror films. Surprisingly this film still has not been seen by quite a few people considering the talent involved. I will say that I never saw the film in the theaters and have only seen the black and white version on Blu-Ray. Darabont says in the introduction on the disc that the black and white version of the film is what he considers his director’s cut of the film. He would have loved to film it in black and white but the studio balked at the idea. After you watch the black and white version you will simply never want to view it any other way. It adds a whole new level of creepiness and horror to the film and adds a great deal to the psychological aspect of the film. The film also has one of the most fucked up ending ever in a horror film and is a huge change from the original King novel. King not only approved it but loved it and that is rare for the novel writer to say. The film did fairly well on its theatrical release it was not a huge success and yet I still find that a lot of people have not see the film. While there are a number of great films based on King’s novels, this is one of the best and the one that will leave you truly shocked by the ending. Make sure that you buy the 2 disc Blu-Ray edition so that you can see the black and white version of the film that I find superior to the color version.

During the 1980’s heyday of horror films thanks to Halloween, Texas Chainsaw Massacre and Friday the 13th there was a flood of both good and bad horror films that hit the cinema but there was never one quite like House. The film had one of the best tag lines for a film (Ding Dong, You’re Dead!) and has a nice balance of horror and comedy. There are many great things going for it including Miner’s spot on direction of a very snappy script from Ethan Wiley based on a story by Fred Dekker that delivers on both levels and is also very unique and smart story that is impressive. The casting of William Katt and George Wendt while obvious for the comedy aspect of the film deliver some great dramatic skills that really sell the story. Some top-notch makeup effects pull the whole film together and considering its small budget it really looks a lot bigger than you would expect. One of it’s best assets is that it avoids a lot of horror clichés that became very repetitive at the time. It’s also didn’t have tons of blood that was all the rage at the time also. While not the scariest film you will see it does have some good scares and with a smart script it makes it a really fun film that is very different in the genre. 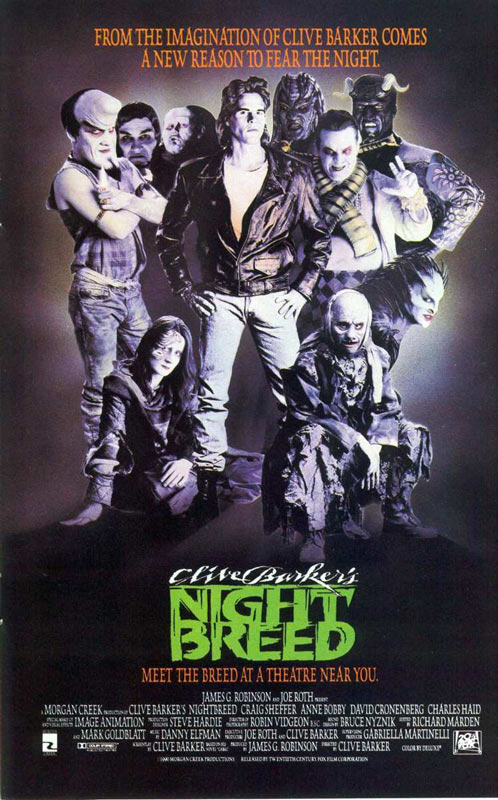 Fresh from his success of Hellraiser Barker first directorial effort was a very sought after because he was now both a writer and director that was a rare breed in the horror genre. He was developing a film where the monsters were the heroes and later wrote the novella Cabal that the film was based on. Morgan Creek bought the rights to the novella and along with Barker envisioned it as a trilogy. While the filming of it went well, the post production and release did not. The film had reshoots and studio balked at the two and half hour running time and editor Richard Marden walked off the project. While the film was not well received at the box office, I remember seeing it and while the film wasn’t perfect it was a truly original and intriguing film that you might call a diamond in the rough. Over the years there were rumblings of a different cut of the film and finally Shout Factory, Warner Bros., and Morgan Creek  that a restored director’s cut of the film was released in 2014. The director’s cut that runs 122 minutes compared to the theatrical version that runs 102 minutes. The director’s version is twenty minutes longer than the theatrical version and contain forty minutes of new and altered footage. It really fleshed out the film and now you are able to see what Barker had originally intended the film to be. What I loved about the film is now fully realized with the director’s cut. What makes this film great is that it turns the horror genre upside down and makes the monsters the heroes. It may not be a super scary film it does have a lot of unnerving elements to it and is very creepy. It’s also a very thought-provoking film that requires the viewer to pay attention to the subtle details that doesn’t spoon feed you. Barker turbulent times on this film and Lord of Illusions sadly drove him from directing films and sadly the horror genre lost a great voice. Thankfully the director’s cut is available on Blu-Ray so you can see this lost horror gem that was thought lost. 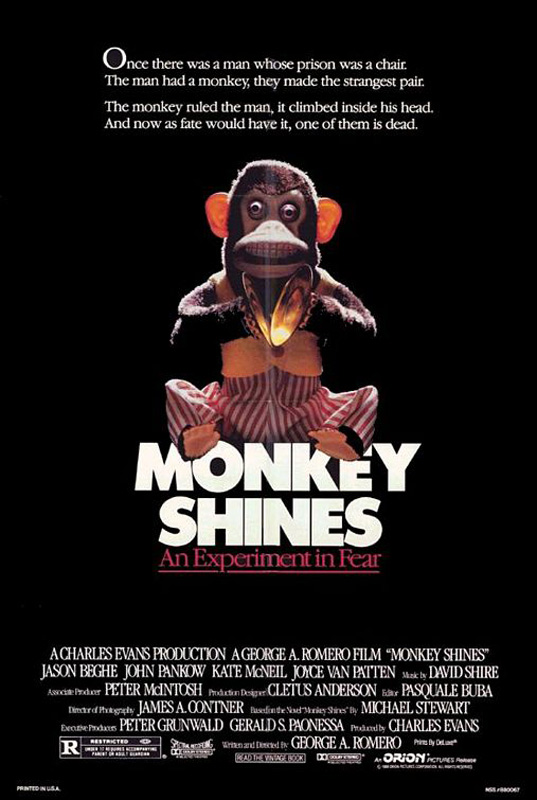 While Romero is the godfather of the zombie genre one of his more obscure films is Monkey Shines and was his first studio film and the experience drove him back to independent film making again. The film is flawed but very much still worth seeing. Known for being a gore master Monkey Shines is relatively tame by comparison but what it lacks in gore is more than made up in psychological tension and mood. Where the movie works is the build up in the story and the monkey Ella (played by Boo) is quite impressive. It would be great to see Romero’s version of the film considering the studio’s interference, the theatrical version while not perfect does deliver a lot of good scares and while there are some plot threads that are left hanging the film is an interesting departure for Romero and is well worth watching even with its flaws. 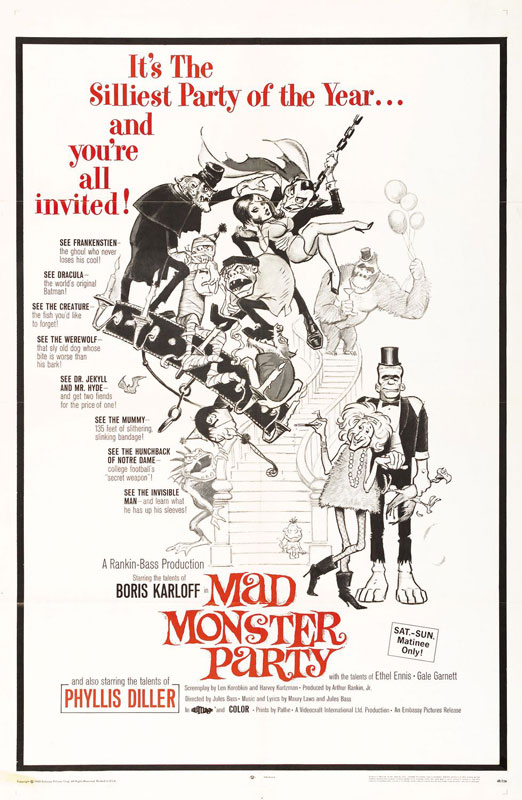 Most people don’t relies that if it wasn’t for this film there probably would have been The Nightmare Before Christmas. Burton was a huge fan of the film and Rakin/Bass stop motion animation that inspired both Nightmare and his short Vincent. With a brilliant screenplay by Mad Magazine creator Harvey Kurtzman and character designs by Mad artist Jack Davis is a dream come true. Heavily influenced by the Universal Monsters. Not only is the look of the film amazing but the cast of voices is simply perfect with Boris Karloff, Allen Swift, Gale Garnett, and Phyllis Diller with Swift doing the majority of the voice work in the film he perfectly captures each character that you could never think that it’s the same actor. This is one of the rare “horror” films that is totally family friendly but is certainly not made for kids in the sense that it never panders to the typical kiddy films that are awful. It’s a great mix of humor and homages to the genre that is a great film that I watch every year at this time. It’s a nice change of pace for the Halloween season.

That’s it for part one. Check back for more underrated horror films coming soon!

No Tricks Here, Only Treats 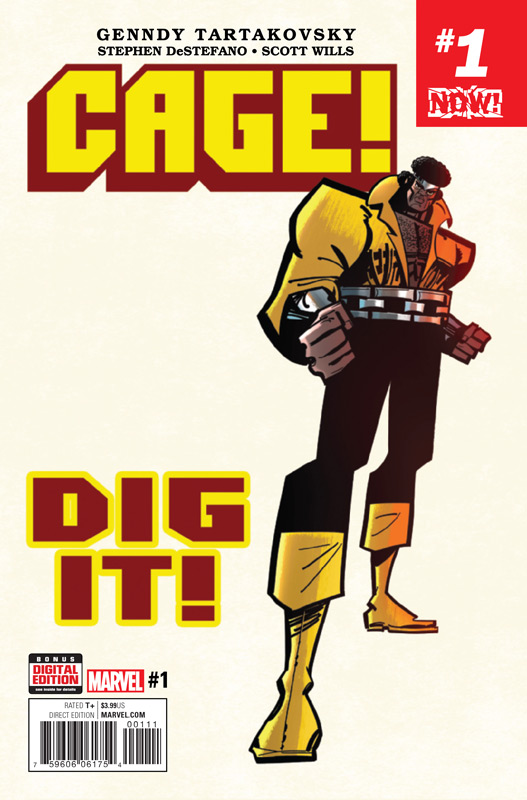