Before I get to the WonderCon screening of The Giant’s Dream there is a bit of history and personal story that goes with my love of the Iron Giant. 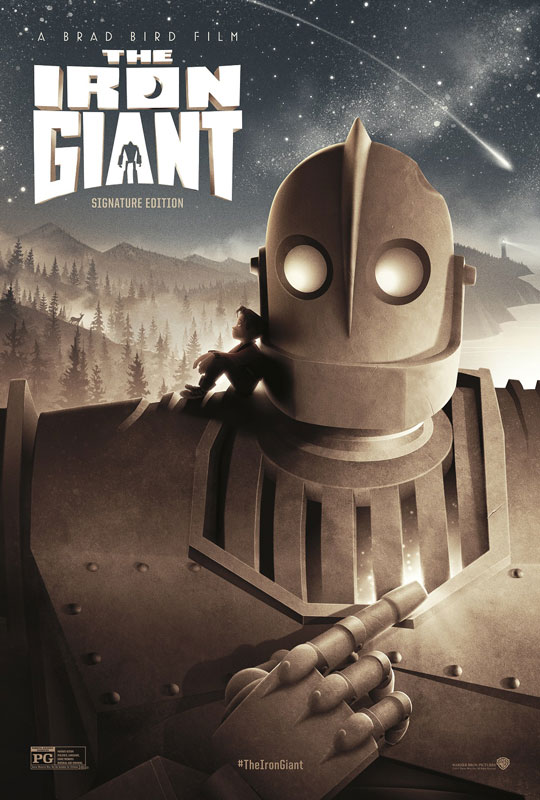 On August 6th 1999, Warner Bros. with little fanfare released the animated film The Iron Giant. The film died at the box office due to the lack of a real release campaign and what little the studio did was pretty terrible. It was hailed by critics as one of the best films of the year and while Warner did try to build on that with newspaper ads, it was too little too late for the animated film that was an uphill battle for director Brad Bird and his rag-tag group of renegade animation team to make with a small budget and a studio that didn’t have faith in the movie.

I was lucky enough to see an early screening of the film a few weeks before the release and not only blew me away but was a truly special experience. You could have heard a pin drop in the theater after the Iron Giant sacrifices himself to save the town. There was also not a dry eye in the house and this was mostly an adult audience of nerds and geeks. I tried to get everyone I knew to see the film and saw it five times in the few weeks that it was in the theater. Everyone I knew had the same reaction but word of mouth just didn’t get around. 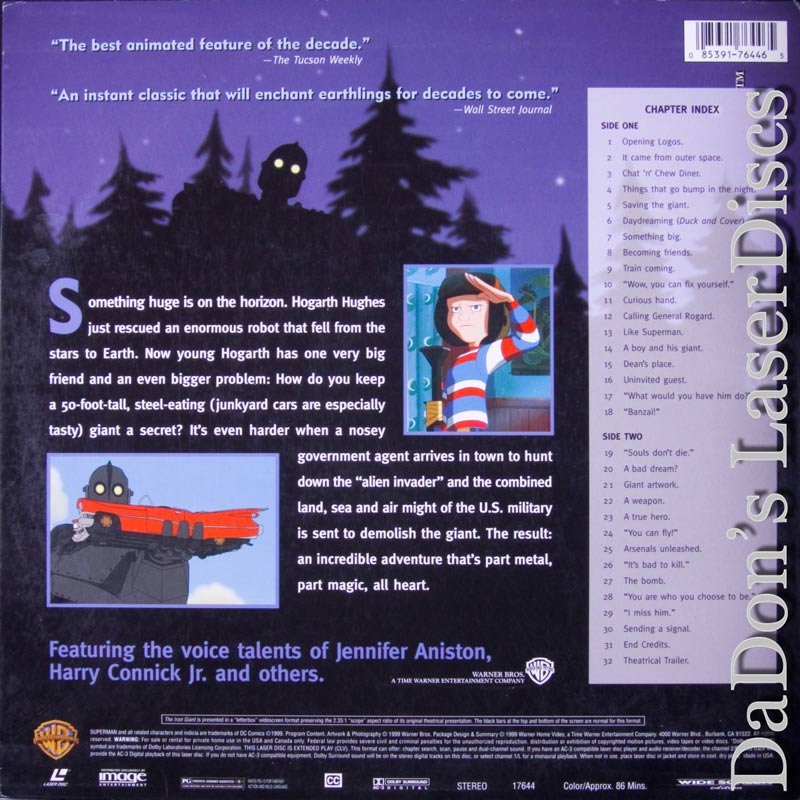 When the title came out on home video the VHS still had “kiddie” artwork and was still marketing it as a kids film instead of an all ages one. At the time I was working at Image Entertainment and we did the LaserDisc of it for Warner Bros. and we had to fight to get the more adult DVD artwork for the cover. When the chapter stops came in they were pretty bad and I asked if we had to use them because whomever did them either didn’t care or barely watched the film. My manager said that Warner didn’t care if we changed them but did want us to contact the director because he was somewhat involved. So I called his office up and figured that I would just get his assistant that hopefully would pass the information on to Brad Bird. She put me on hold and Bird picked up the phone and I nearly died. I asked him about the chapter stops and said that they were not that great and I hoped to god that he didn’t do them himself. He said that Warner Home Video had done them and he was thrilled that I wanted to do the justice to them. I talked to him for about 15 to 20 minutes and gushed and geeked out the whole time. I thanked him for making one of the greatest animated film that I had ever seen and he was very nice a gracious the whole time. 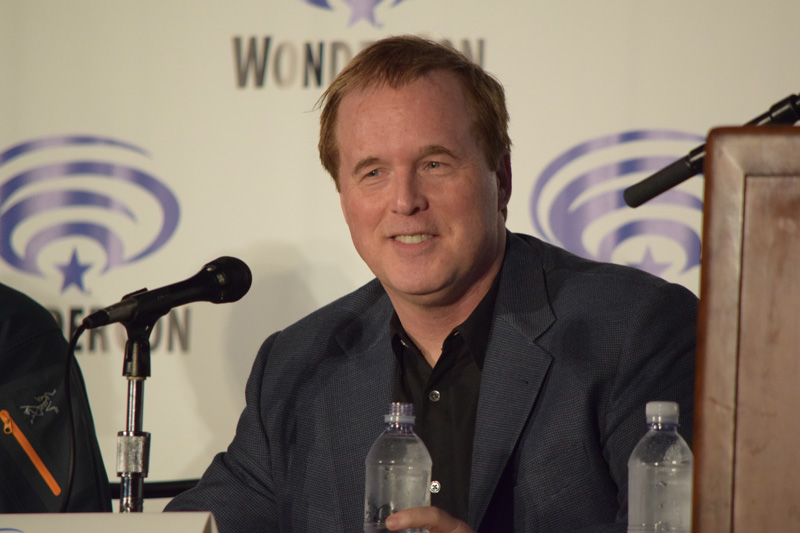 Over the years the film has finally taken its place that it should have done when it was released back in 1999. Now at 17 years later the film is finally getting the special edition it has truly deserved and a wonderful remastering on Blu-Ray that will be released on September 6th. 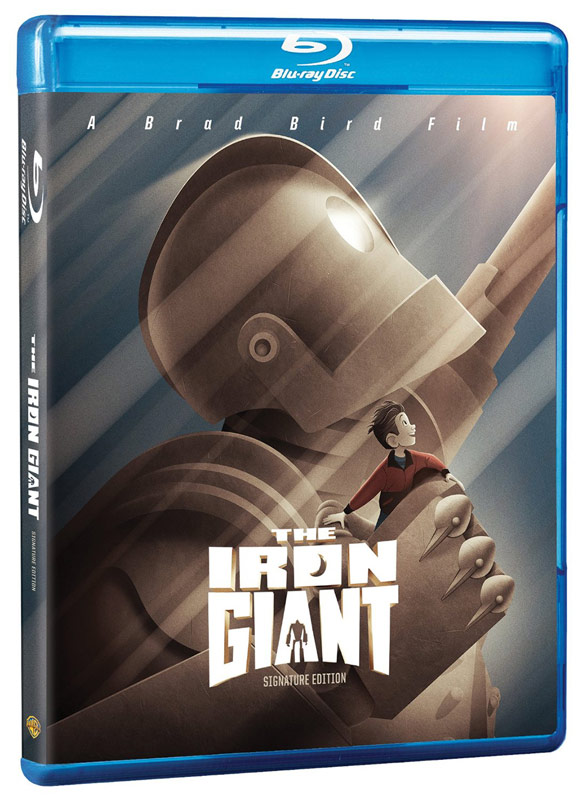 At WonderCon a packed room was treated to the first ever screening of the new documentary that will be on the Blu-Ray The Giant’s Dream. Director Anthony Giacchino introduced the film and said that he was frantically editing the final cut of the documentary and there might be a few minor changes when it will be fully finished for the release. The film runs about an hour and it was a lot different from I though it would be. I assumed that it would be a making of that would include new interviews with Brad Bird, the crew and maybe some of the cast, but what I saw was a look back in time as if this documentary was made in 1999. 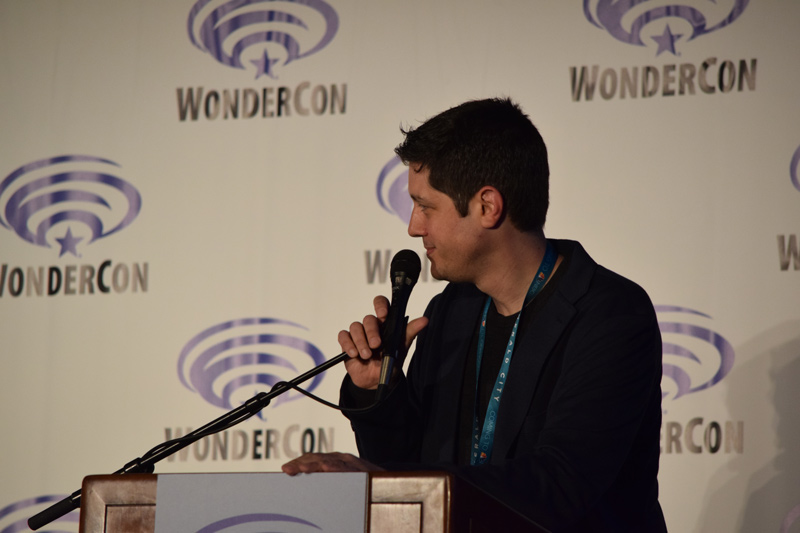 Today we take special features for granted because a lot of the time there is a crew that documents the making of the film when the film is in production or right afterwards while the cast and crew are still available to be involved. In the case of The Giant’s Dream Giacchino was fortunate enough to have two things. First Brad Bird was extremely involved in the making of it and secondly there was documentation on home video during production of the film. There was a large amount of footage shot by the crew and photographs from the period. He also was able to interview a lot of the crew for the film and found some EPK (Electronic Press Kit) material and behind the scenes from the studios vaults. To fill in the gaps Teddy Newton who worked in the storyboard department on the film did animation to the narration by Bird to visualize the scenes to make it easier for the audience to understand and gave the film a better flow. 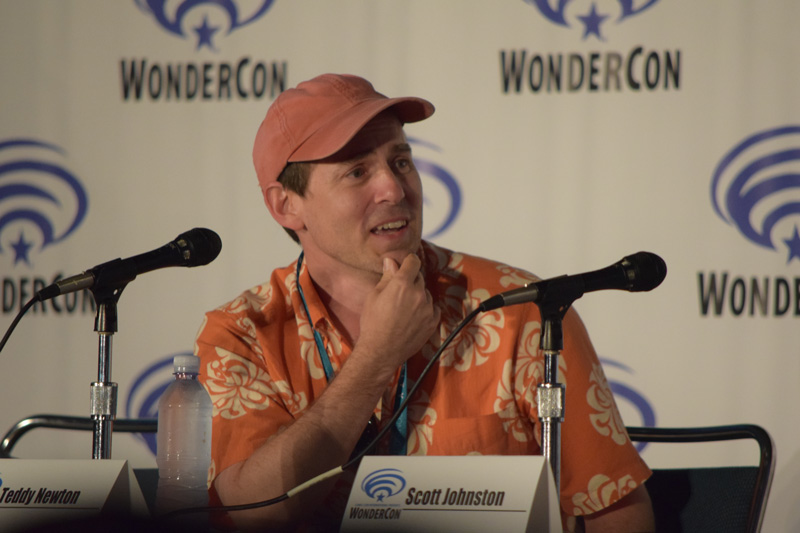 The film starts off with Bird’s earliest animated film work as a kid who made his own animated films and was invited to visit the Walt Disney Studio’s and talk to some of the greats that were still there at the time. It also touches on his personal life and the loss of his sister who encouraged his dream and how devastating it was for him. The film then covers his short stint at Disney Animation and then on the Simpsons and then finally getting the go ahead to direct The Iron Giant. 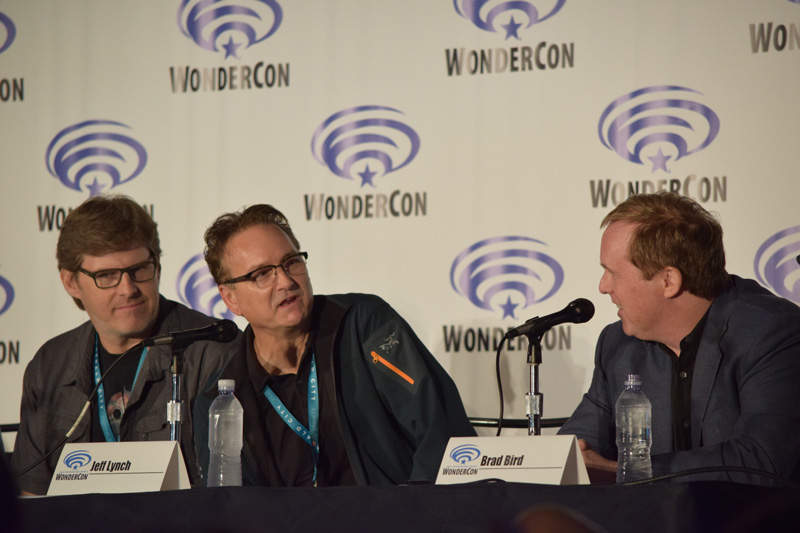 There was a lot of turmoil in the animation industry at the time because of the success of feature animated films at Disney, every studio in town wanted to make that kind of money and originally Warner Bros. was excited about the film and as time went on and the other Warner animated films came out and bombed at the box office they cut the budget of the film and Bird had to fight just to get the film finished. Not only was Bird involved but there were a lot of the animation team that discuss the different aspects of making the film. It gives the film a really balanced picture of the making of the film and the honesty about their fears and frustrations while working on the film. You get a real sense of camaraderie of the animation team because they were doing the same amount of work as a Disney animated feature but with far less money, time and staff and yet they brought the film in on time despite all of the hurdles that they had to overcome. 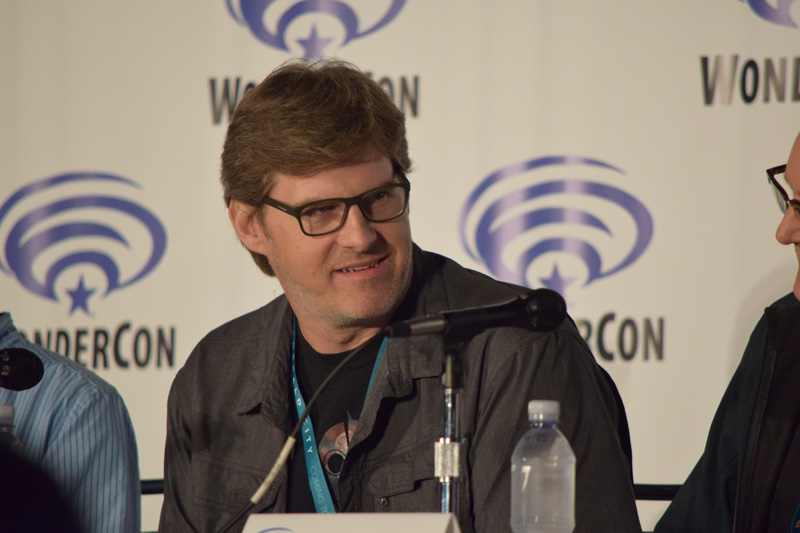 The one thing that the documentary doesn’t cover is new interviews with the cast that is odd but since the focus of the film is on the animation aspect of the production its noticeable but still works well. The one thing that I really wish that the documentary would have covered was Michael Kamen contribution of his brilliant score. He sadly passed away in 2003 and The Iron Giant was his only animated feature score. It’s a real shame that this aspect of the film is not even mentioned considering that his score really sets the tone for the film and the one track for No Following sequence makes me tear up every time and he really captures the film with his score. 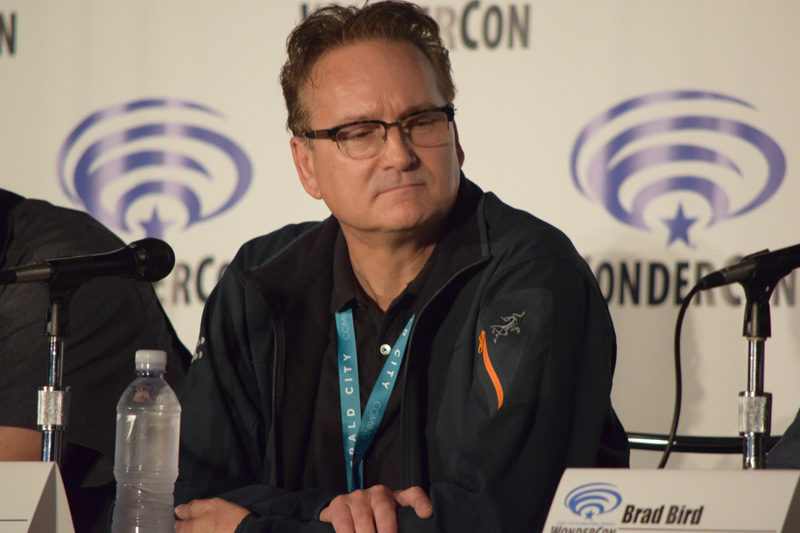 Overall The Giant’s Dream is an amazing documentary considering that it’s being made 17 years after the initial production. The thing that makes it work is that Giacchino was able to construct a nearly complete picture of what it was like for Bird to make the film with vintage footage but adding Teddy Newton to do the animation to fill in the gaps was a stroke of genus. The only minor complaint is that the last act of the documentary is a bit glossed over between no new interviews with the cast or the glaring omission of Michael Kamen’s score contribution. It’s hard to make a good documentary about a film but considering the daunting task here Giacchino pulls off a rare feat and makes a documentary worthy of the feature film that it’s about. 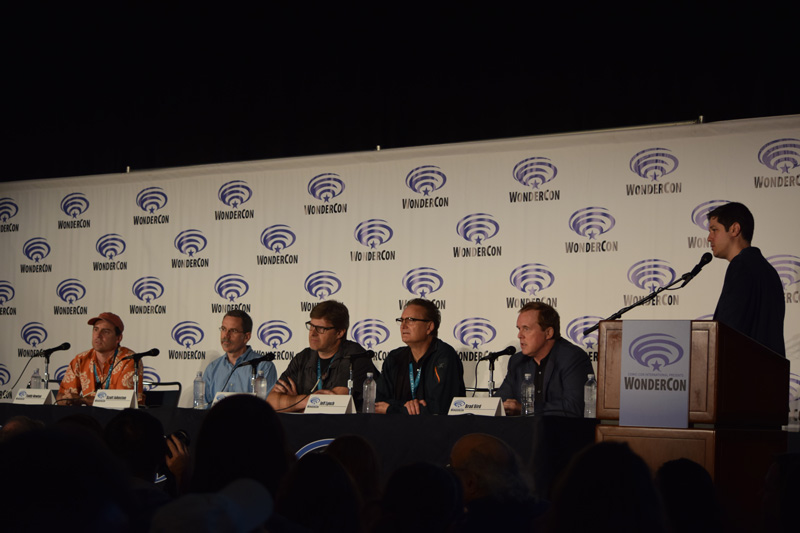 After the showing there was a short Q&A session with (from left to right) Director Anthony Giacchino, Brad Bird, Jeff Lynch, Dean Wellins, Scott Johnson, and Teddy Newton. 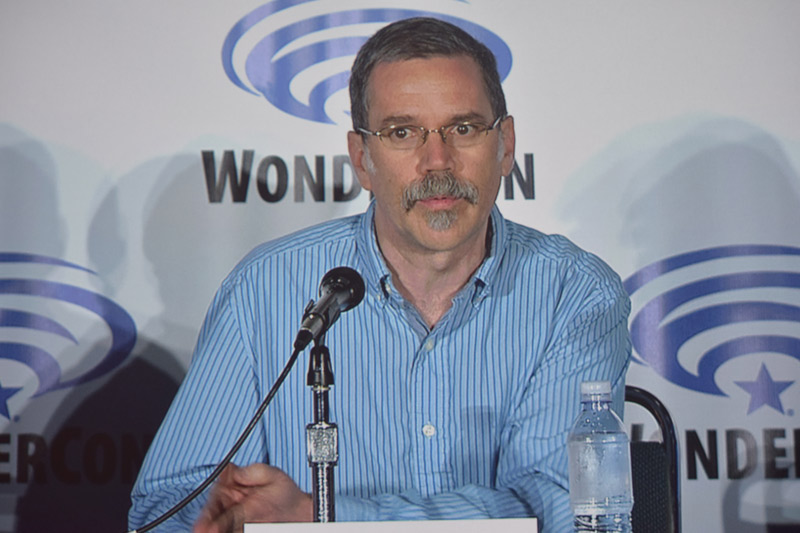 During the end credits for the documentary it got a standing ovation and when Bird and the animators came out the entire room gave them a standing ovation. Bird did discuss that he will be making The Incredibles 2 for Pixar and that he is working the story for the film out. There were great anecdotal stories that the panel told the audience about working in the animation industry and their memories of working on The Iron Giant. The one thing that Bird emphasized was the contributions of every person who worked on the film and how they all came together. He was asked about a possible sequel to the film and he said that when you make a film like The Iron Giant and it works so well that there is no need for a sequel because there is no more story to tell and it’s perfect the way it is. He went on to say that the film was lightning in a bottle and that you would never be able to capture that moment in time again. Nearly every question you could hear how the film had touched ever single person in the room and how the film that was a failure when released has went on to become a rare film that you can simply say is a classic and is simply the greatest animated feature produced in the last 30 years. 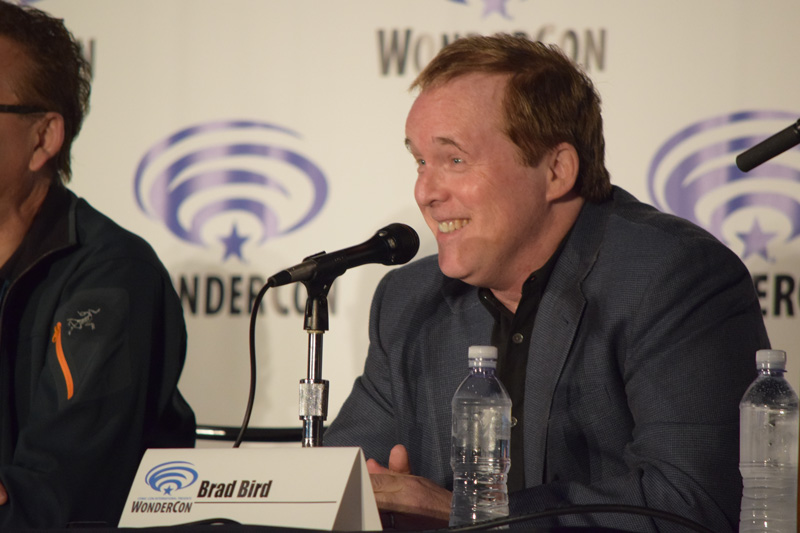