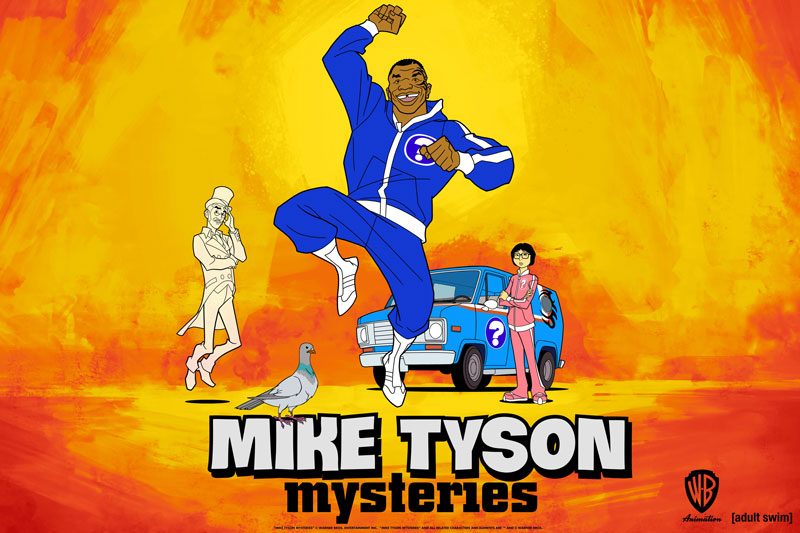 On Friday the Indigo Ballroom at the Hilton Bayfront Hotel was the place to be during San Diego Comic Con. If you are an animation fan this was the biggest day of the show. While for the most part Bob’s Burgers and Archer were the big events of the day in the room, a new show from Adult Swim was sandwiched in the middle of the day. For almost everyone in the room I can guarantee that the panel for the Mike Tyson Mysteries was not on anybody’s radar. But after the panel it was the talk of the show for the next two days. I ran into a lot of people who were still cracking up about the panel.

The panel started off with this teaser trailer.

What happened for the next 30 minutes is the stuff of legends at SDCC. Rob Corddry was the moderator for the panel and introduced Executive Producer and Writer Hugh Davidson who was a writer on Robot Chicken. Mike Tyson who plays himself on the show. Jim Rash of Community fame plays a ghost named Marquess of Queensberry. And Rachel Ramras who plays Yung Hee on the show. Norm MacDonald who voices Pigeon on the show was not present for the panel. It didn’t take long for Mike Tyson to take over the panel with his “wisdom” and inadvertent humor that won the crowd over in minutes. My personal impression of Tyson is that first he was probably not the sharpest tack in the box before his boxing career started. Second after years of getting hit in the head probably didn’t help the first situation. Tyson is one of those people who doesn’t have a filter for the things that he says. Most of the time people who have no filters are for the most part assholes. I don’t think that Tyson says things in a hurtful way, I just think that he has a bit of innocent or naiveté when he speaks. I am sure that this is where he gets into hot water most of the time. Most of the time during the panel it pretty much turned into the Mike Tyson show and Davidson, Rash and Ramras just sat back and watched the show that he was putting on. The audience was pretty much on the floor from laughing so hard. I literally had tears in my eyes from laughing so hard. The look of the show is very obvious Hanna-Barbera visual style from the late 1960’s to early 1970’s and is a play on Scooby-Doo and other mystery shows from the studio. It also mixes in a bit of the A-Team for good measure. The buzz on the floor after the show was electric and they even got a standing ovation at the end of the panel. I can safely say that coming into SDCC Mike Tyson Mysteries was pretty much unknown. It’s very interesting and a bit of a risk for Adult Swim to do the show. Let’s honest an animated show featuring a convicted felon is not the thing that television shows are usually about. Tyson has really reinvented himself in a post boxing career. While people still have baggage with Tyson from his personal life, it’s very obvious that he really wants to make sure that the show is fun and enjoyable. One of the things he said at the panel I think really sums Tyson up, “I don’t believe in rehabilitation, but in change,” “I want to be the best at everything I do.”

The room was not expecting the insanity or comedy from the panel and after experiencing Tyson for 30 minutes it’s going to be very difficult fitting all of him into an animated show.

I can safely say that a lot of people will be tuning into the show when in debuts this fall on Adult Swim.

Below are some of the picture that I had taken during the panel. 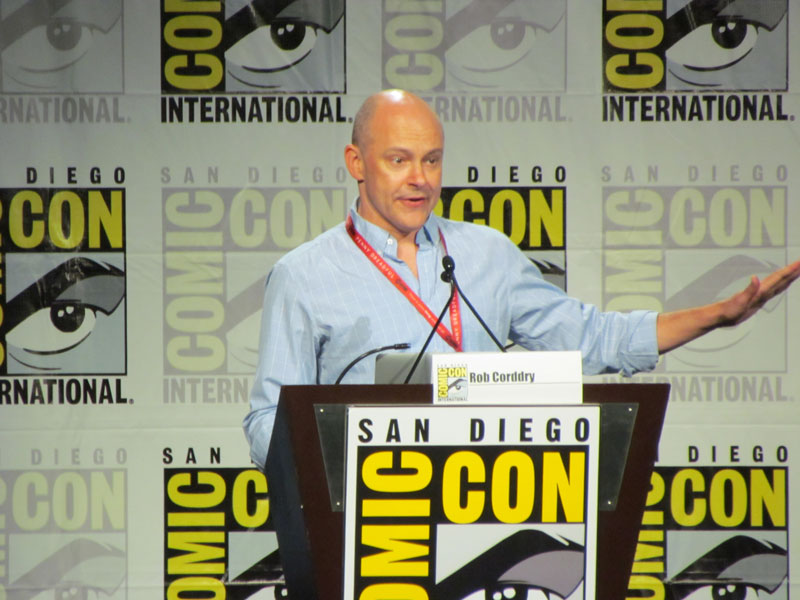 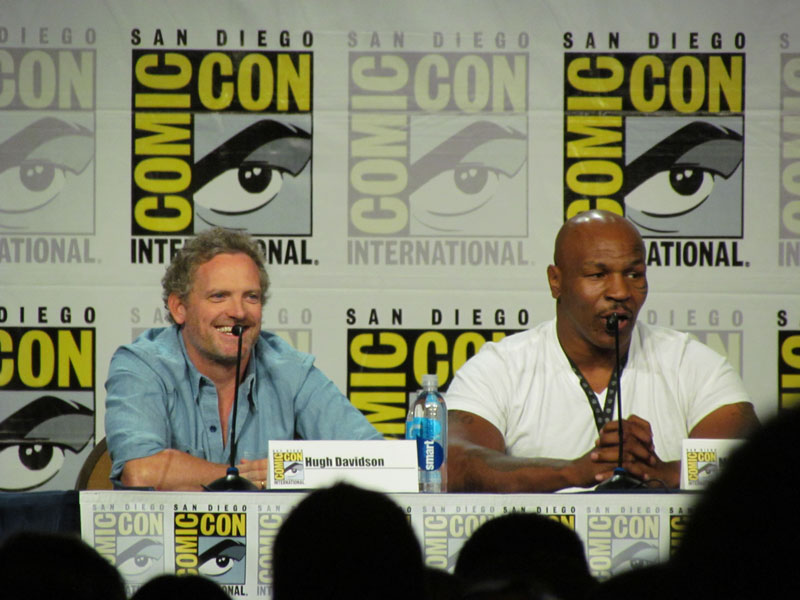 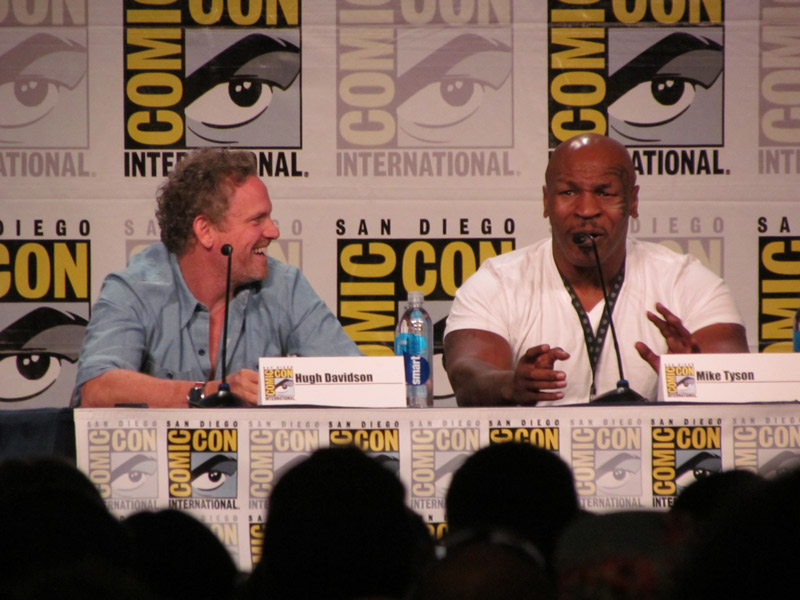 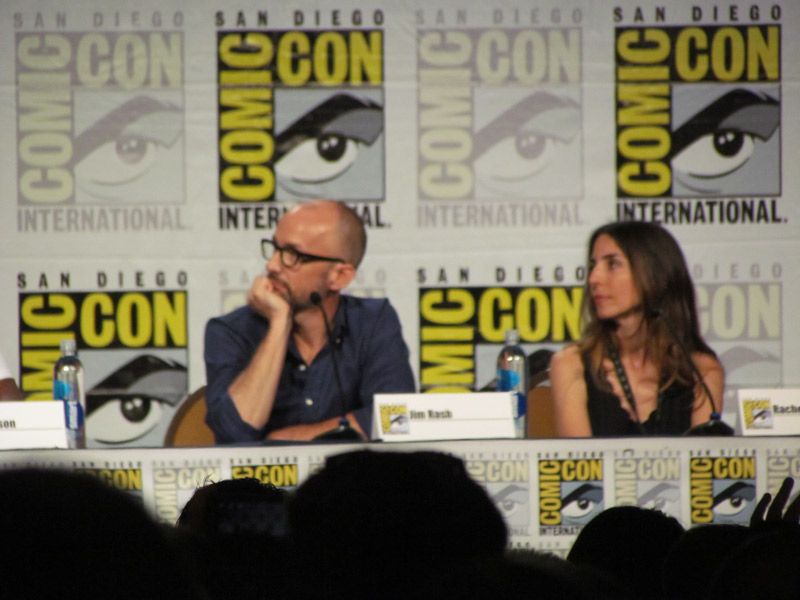 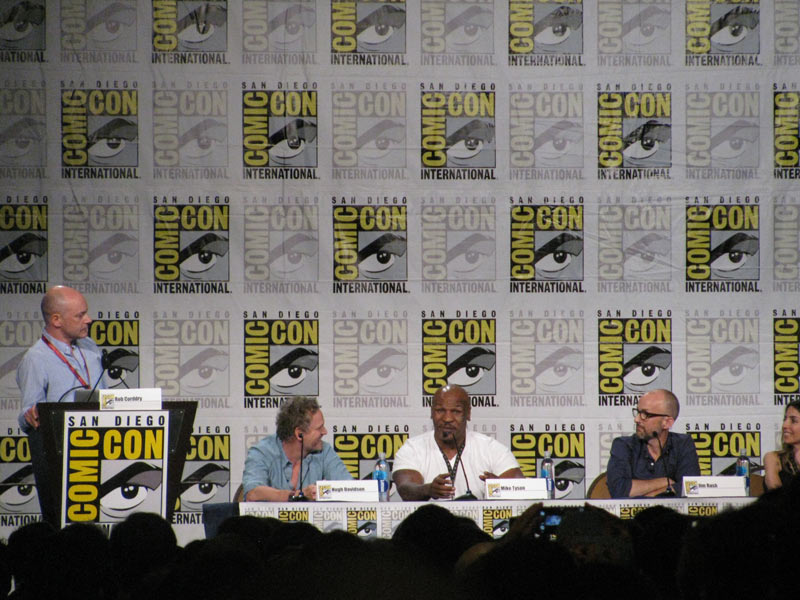 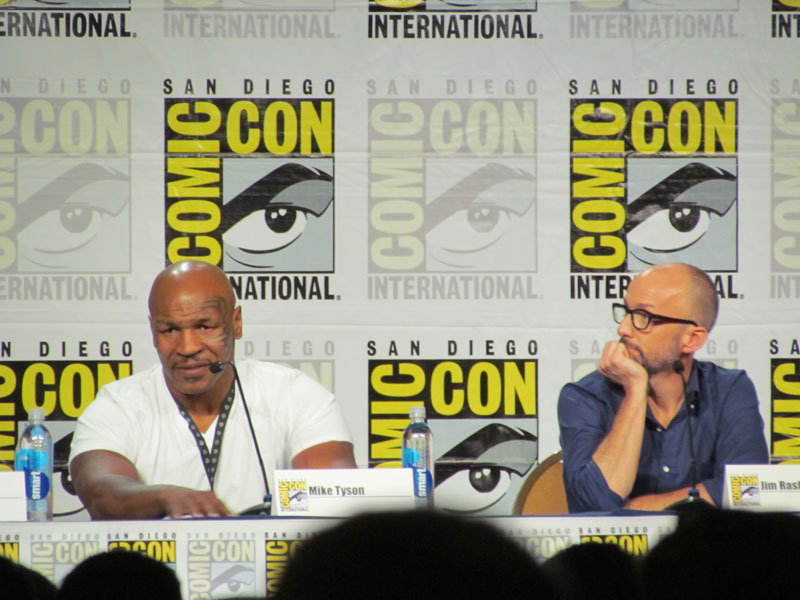 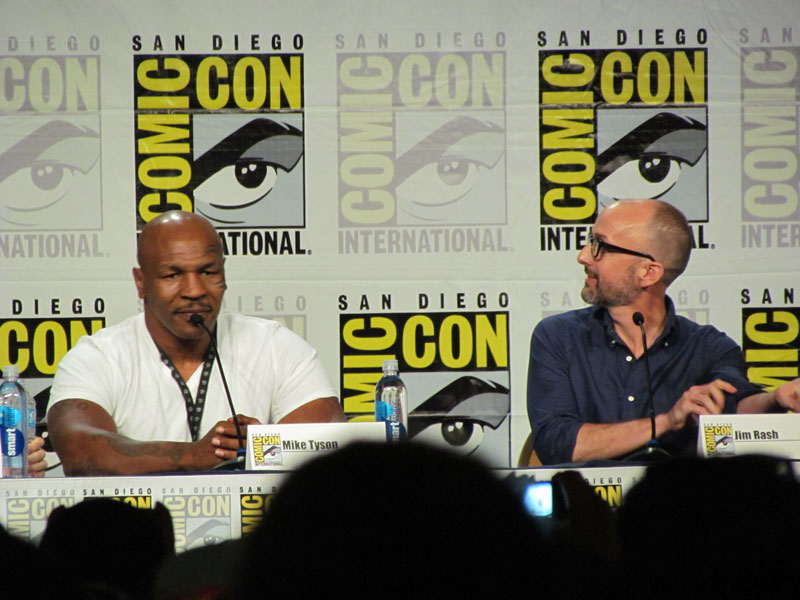 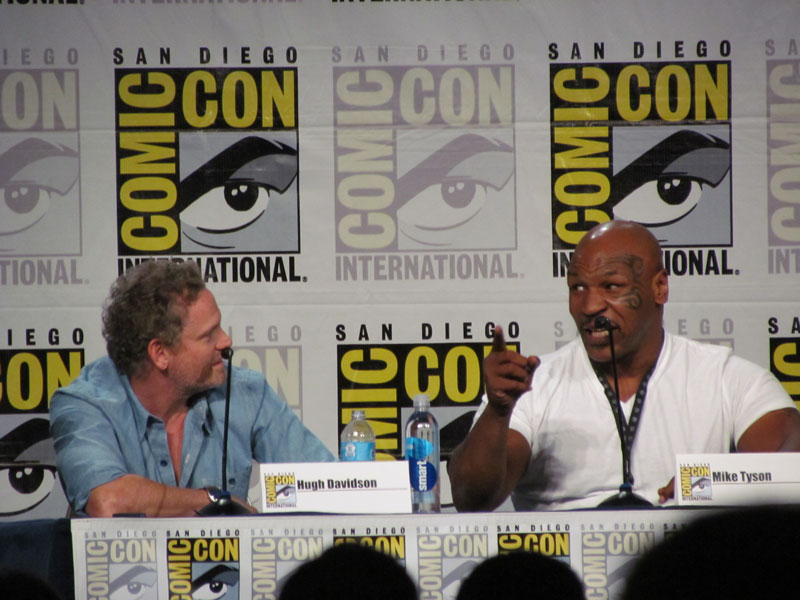 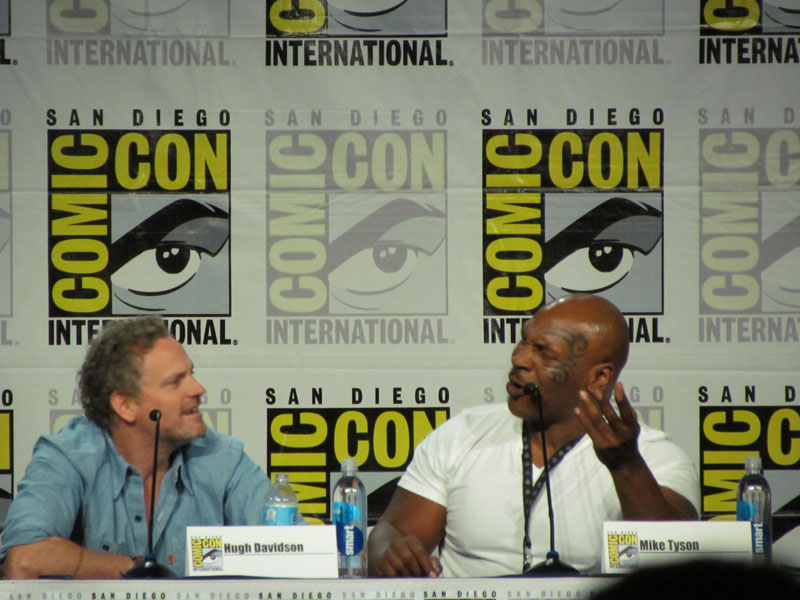 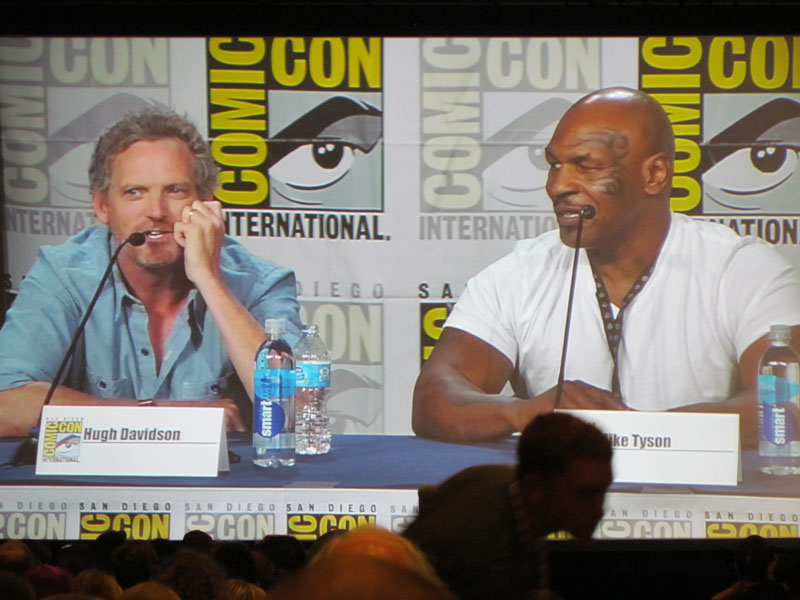 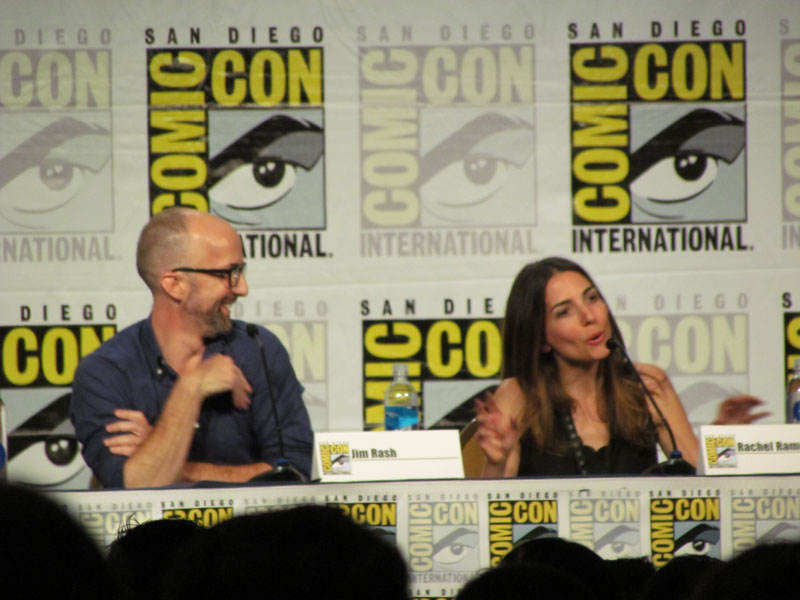 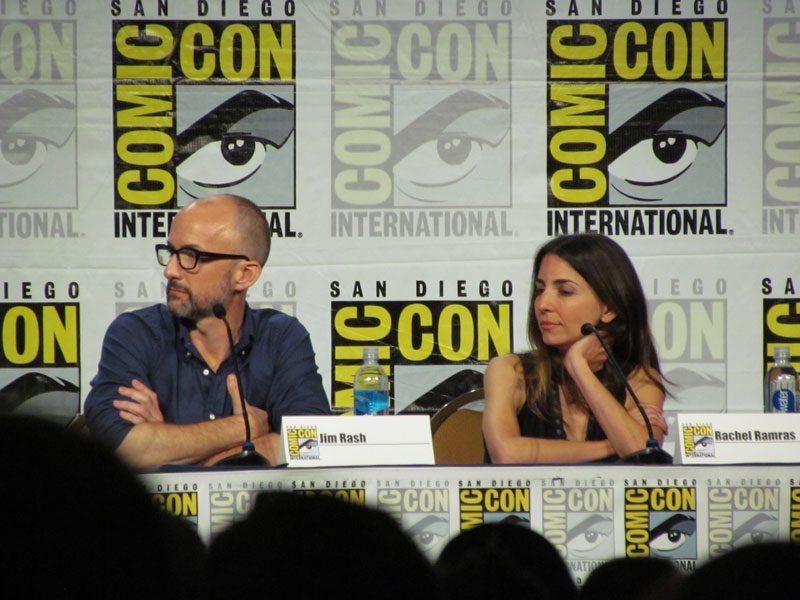 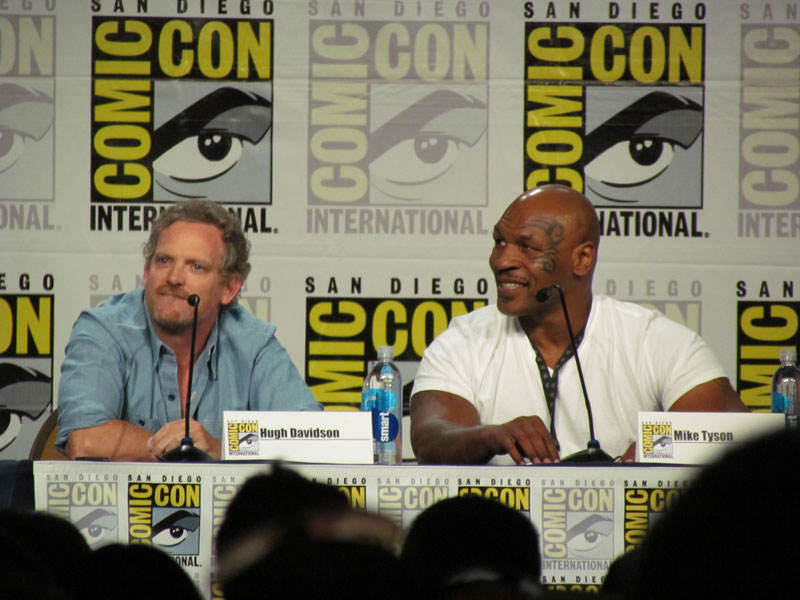 Adult Swim has posted a complete video of the panel and I have to warn people who there is a TON of language so this is Not Safe For Work viewing or for kids. So you have been warned! 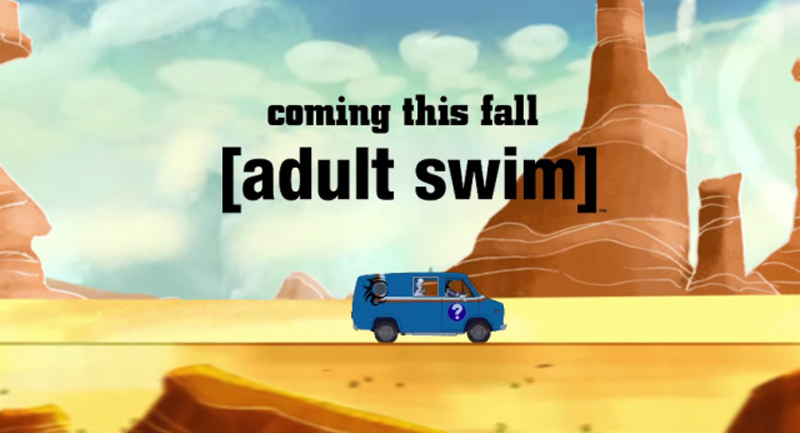 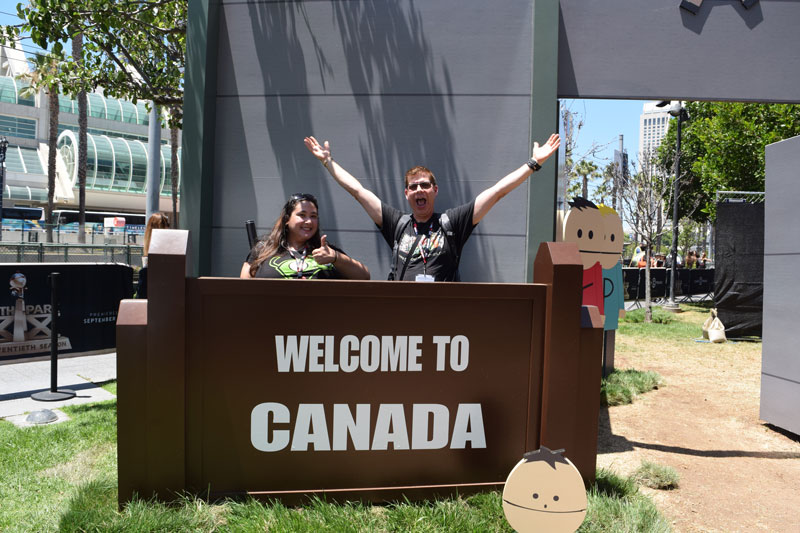 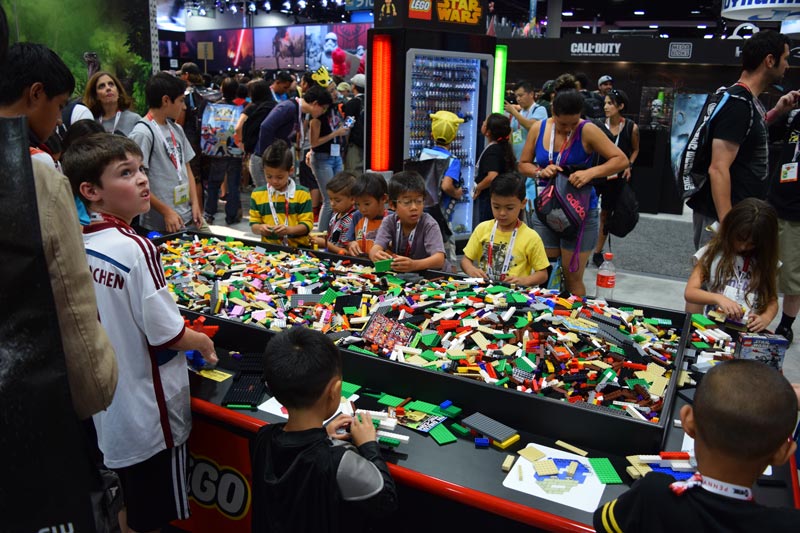