With Hannibal week behind us I am going to try to catch up with the new comic reviews. That was all great until I got sick over the weekend so I will be putting them up as I possibly can. I was able to read some of the week 4 DC Villains moths books so I’m going to start off with some of those. 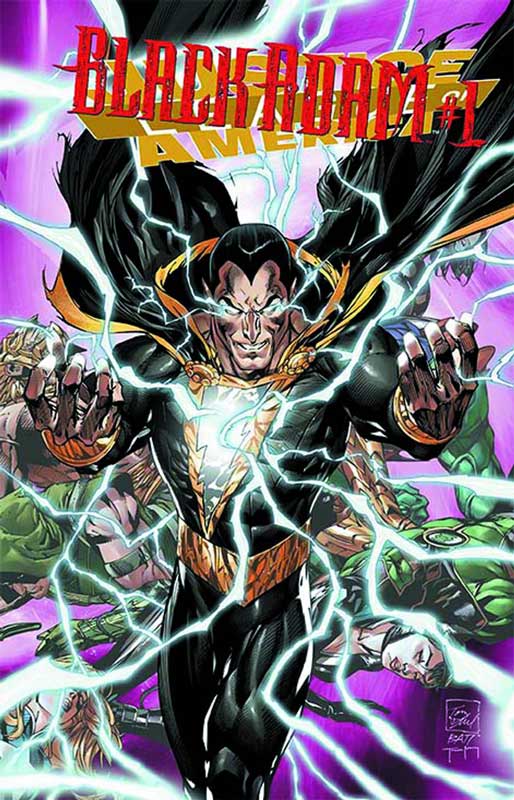 Captain Marvel (Shazam!) has been a favorite of mine from childhood and was very taken by C.C. Beck’s version of the Big Red Cheese. Now with the New 52 one of his most notorious villains has been re-booted and brought back. The plot from DC Comics is,Where is Black Adam? And what series of events is triggered when the Secret Society attacks Kahndaq? Discover all of this and much more in this issue! This is kind of origin story but does not really deal with the real mythical backstory. The story brings Black Atom back as more of a mythical god of ancient stories that is summoned back to help the rebels overthrow the leader of Kahndaq. The story overall is pretty flat. You really don’t learn much about Black Adam and the plot device is very by the numbers storytelling. The art by Salazar and Leisten actually make the book a better read. Nice layouts and overall good art.

So is this book worth your time and money? This as with most of the DC Villains months books fall into the average category. While it’s not really bad but after reading it doesn’t leave much of an impression. The sad part is that it that the story really doesn’t tell you much about Black Adam and that’s a shame.

Why is it that the better books in DC Villains month are the stronger book from the New 52 and done by the regular team? Maybe because they know what they are doing on the book? They care? I’m not sure but next to Count Vertigo in the Green Arrow book this is one of the most solid stories that I have read so far. DC Comics plot synopsis is, The First Born son of Zeus—Wonder Woman’s oldest brother—has returned to claim the throne of Olympus! But it’s been a long and bloody road to reach his destiny…and you won’t believe the horror when you meet the rest of Wonder Woman’s extended “family”!  While the monthly Wonder Woman book has been a really good read the villains issues have been all over the map. But thankfully Azzarello and Aco hat hit the bullseye with this story. They way that they set up telling the story of the First Born is quite ingenious. It’s also one of the few books that will hopefully get new readers into picking up Wonder Woman. The thing I liked the most about the issue is the scope of the story and how epic they made it feel in the pages that they had. The art by Aco is really good. he really captures the scope of the epic story. It really visually pulls you into the story.

Is this book worth your time and money? YES! One of the few winners of villains month. great story that is great for new readers and also regular readers of the book. Azzarello is a great writer and does not disappoint here. If you are not reading Wonder Woman this is a really good jumping on point. Highly recommended. 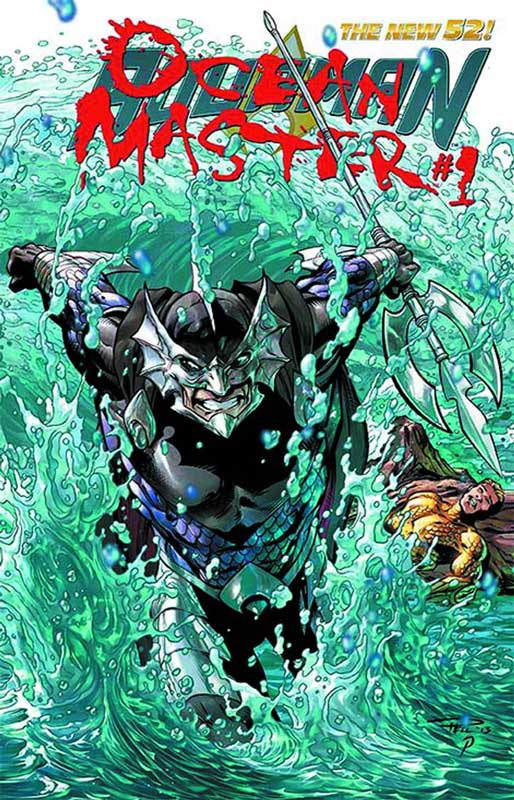 Aquaman has always been a tough character to get a handle on and has been the butt of many jokes over the years. He also has a limited rogues gallery pretty much limited to underwater characters and Ocean Master is one of them. DC Comics plot synopsis is, Ocean Master is freed from Belle Reve and wants no part of the Secret Society—he just wants to go home to Atlantis. But he has a long bloody journey across the surface world in front of him, and he might not make it back! While the story is pretty basic it’s a really nice read. While you don’t really learn a lot about Ocean Masters origin, there is enough to get you along. Bedard’s script is solid and has some decent plot twists. The art while good Borges art is a little too Alan Davis clone. But I guess if you are going to imitate someones art Davis is a good choice. I’m not knocking him by any means, almost all artist start off being heavily influenced and hopefully later develop their own style. The layouts and the backgrounds are good.

Is this book worth your time and money? It’s a good little story that while not epic by any stretch of the imagination, it does the job. It is one of the better Villains months books and you could do a lot worse. 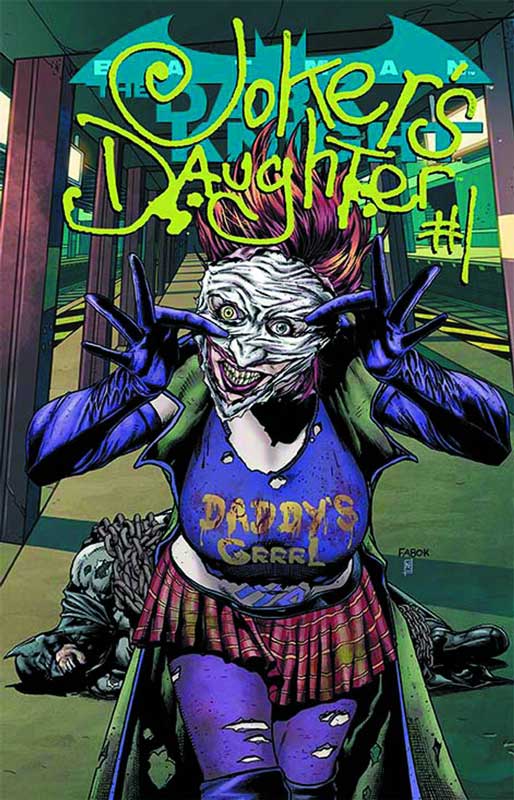 And here is one that you could do worse. Joker’s Daughter while not Creeper bad in not very good. DC Comics plot synopsis is, The Gotham Underground is quickly becoming a base of power in the DC Universe! After the destruction of Arkham Asylum, The Joker’s Daughter is gaining hordes of followers across the terrifying and brutal landscape! In a world where ugly is considered beautiful, what dark initiation rites befall this madwoman’s new recruits? While not a dreadful read it really sufferers from who give a crap type of story. We learn nothing about the character and who she is. While there is an origin story it’s suffers from being a flimsy tale that is so been told a million times before. The big problem with Nocenti’s story is that it’s really boring. The only saving grace of the book is Jeanty and Vines artwork. They are so much better than the story that was given to them. I am shocked that the art is so much better than the story. WHile in the past Niocenti has written good stories (like her Daredevil run was pretty good) and I’m all for more women writing comics, maybe superhero books are not for her. Between this book and the flat-out awful Creeper I would have to avoid any book that she is writing at the moment.

Is this book worth your time and money. No but if you bought the 3-D cover you should quickly turn a profit on eBay. At least you will be able to more than get your money back and then some. As far a reading this book, don’t bother. 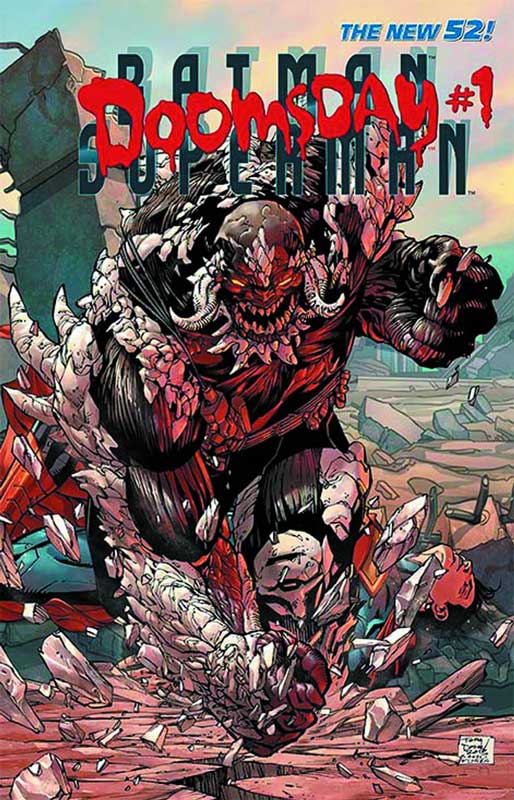 I guess since there are so many Batman villains this month they decided to give Superman this book to have another villain. So lucky us we get another villain heading to Krypton this month. DC Comics plot synopsis is, Long before Superman fought the unstoppable monster known as Doomsday, the beast’s reputation for death and destruction haunted The Man of Steel’s home world of Krypton. This is another guess what there are more stories from Krypton that you didn’t know about. And frankly after reading this I didn’t really care. Lets face it, Doomsday is not that spectacular of a villain. While he worked well for the Death of Superman storyline, beyond that he is pretty boring. He stops by and starts to trash krypton and then is used as a children’s story to scare kids. Really that’s all Pak could come up with. This is another ho-hum story that you forget as soon as you read the last page. Booth and Rapmund do a nice job on the art considering how weak the story is.

Is this book worth your time and money? Not really. An utterly forgettable story with nice art does not make this worth buying. I can say that I was shocked by this. I would have definitely picked another Superman villain instead of Doomsday. 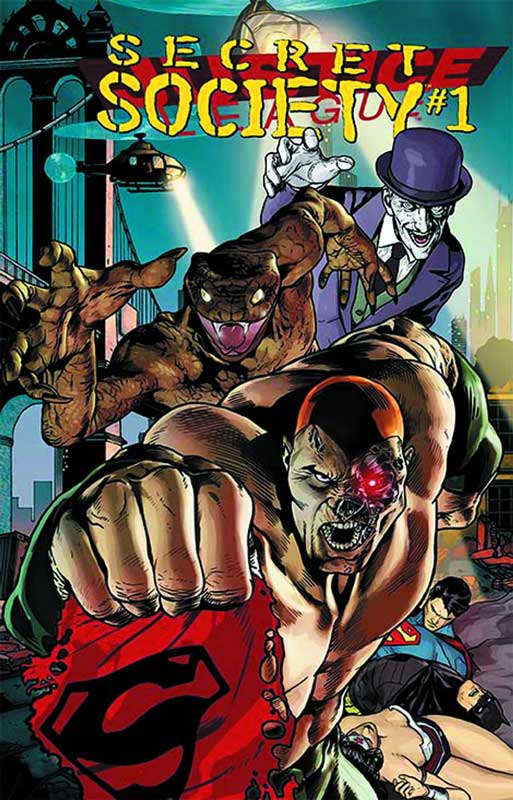 They say you can’t judge a book by it’s cover. Well considering that the Joker is the only charater on the cover to actually appear in the book then they are right on that account. DC Comics plot synopsis is, An army of super villains has been built throughout The New 52 during 2013—but for what purpose? Learn about the villains that have paved the way for the world of FOREVER EVIL. This is really a Owlman “origin” story from the Crime Syndicate of Amerika. The story is just really flat for me. It suffers from plodding along and at time is overwhelmed with dialog. Owlman is just an opposite version of Batman and we all know that origin story. Johns and Gates story just really goes nowhere and just rather boring. You really don’t care about anyone or anything that is going on. The art by Kundranski is dark and not in a good way. There is more black in this book than probably all of the other DC books combined. While I do like moody art this just seems to be very muddled in the end.

Is this book worth your time and money. No another middle of the road villains month book. Not really bad but not very good. Pretty boring and forgettable. Move along nothing to see here. 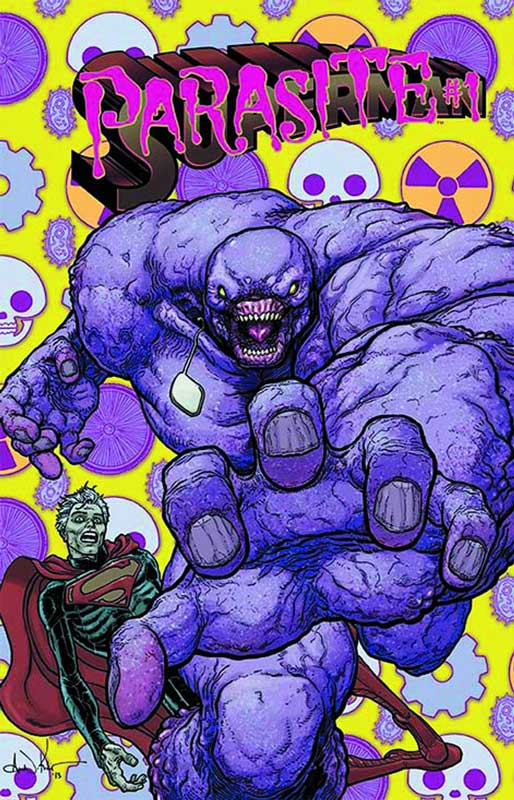 This is one of the more surprising books from this week. DC Comics plot synopsis is, Parasite: Noun. An organism that lives in or on another organism. Preferably Superman. Well that tells me a whole lot NOT! The story is about Joshua Michael Allen who is a bicycle messenger who stumbles across an alien creature or virus that bonds with him and creates Parasite. The story is nicely paced and tell his origin story nicely. Kuder does both the story and art for the issue and I must say that he has turned in one of the better books this month. The story is very solid and the set up is pretty darn funny and ironic. His art is very nice with lots of detail and good layouts.

Is this book worth your time and money. I have to admit I was really taken by this book. A good and solid read along with nice artwork made this a very surprising book. I went in not expecting much and left with a really good story and art. Definitely worth the price of admission on this one.

That’s it for this round I will try to catch up with some non DC Villains Month books as well as the ones I have missed along the way. 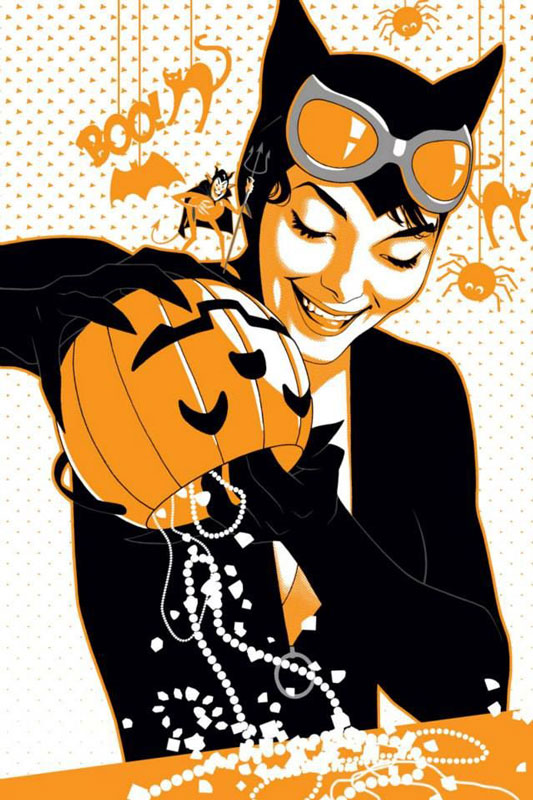