There are lots of returning books to the review list and a few new kids on the block this week so let’s get started. 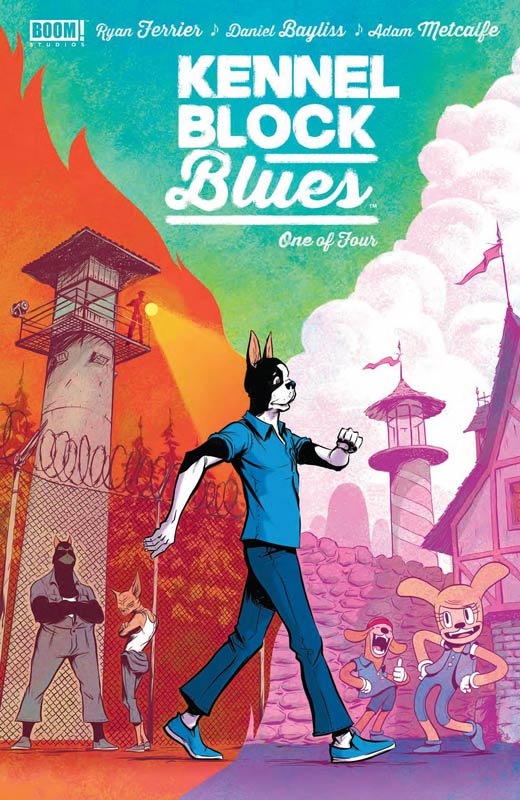 My shop didn’t get this last week so the review got delayed until this week and I must say I was quite surprised by this book. The first thing that caught my attention was Bayliss’s artwork but it was Ferrier’s intriguing story that brought the book together. Ferrier’s story reminds me of Richard Adams Watership Down and The Plague Dogs where he takes a story about humans and replaces them with animals and then mixes it with social commentary to make this a quite refreshing book. I love how he had Oliver go into these imaginary dream states to get away from the harsh reality of being in prison that makes the story and visuals very striking. While the first issues story has a lot of exposition Ferrier does a nice job on making it a solid read while still setting things up for the mini series. Bayliss really brings the book to life with his artwork that has a great fine line between cartoony and dramatic and really put a lot of great detail into the art. He really nails Oliver’s dream sequences and Metcalfe’s color work on them is really impressive. Is this book worth your time and money? I was very impressed with this series and while the story is familiar Ferrier and Bayliss give it a great spin both in story and visuals. They did a great job on setting up the story and leave readers wanting more. I must say that I am quite taken with this book and is a must read. VERY RECOMMENDED! 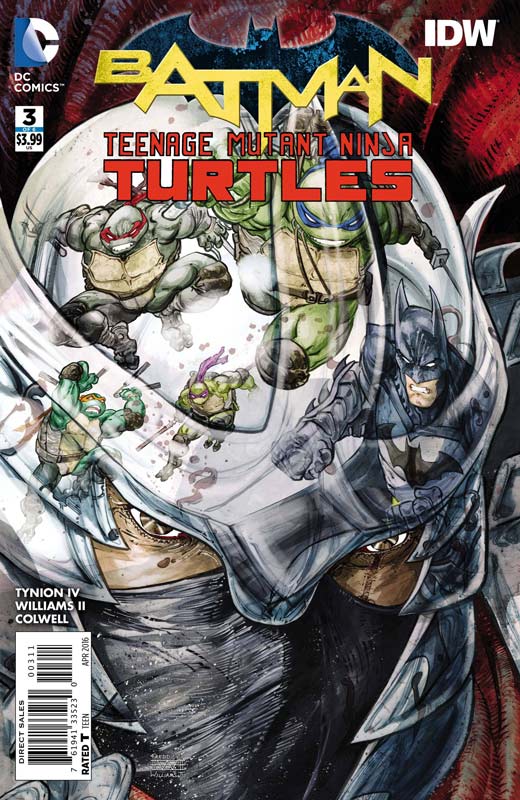 Were at the halfway point for this book and I have to give Tynion story is moving along quite nicely. He finally has the Turtles meeting Batman by breaking into the Batcave and that part of the story is quite amusing and Tynion has a lot of fun with it. I have to admit I was quite surprised when he had Shredder blow up the time portal and now stranding the Turtles in Gotham while they are slowly reverting back. It was a pretty bold story choice that is a bit cliché but he does it nicely. Adding Ra’s Al Ghul to the mix at the end of the issue was very nice to see and will give the back half of the series a nice start. Williams art continues to impress with the amount of detail that he is putting into the book. Rarely do these crossover books have a top-notch artist doing them but Williams is making this book a visual feast for the reader. He is really giving the script the visual scope that it needs. Is this book worth your time and money. This is becoming one of the better crossovers in recent memory. While the story is basic Tynion gives the book a lot of smart dialog and lots of nods and winks to the fans of both books and add in Williams great art makes this a really fun a good read. 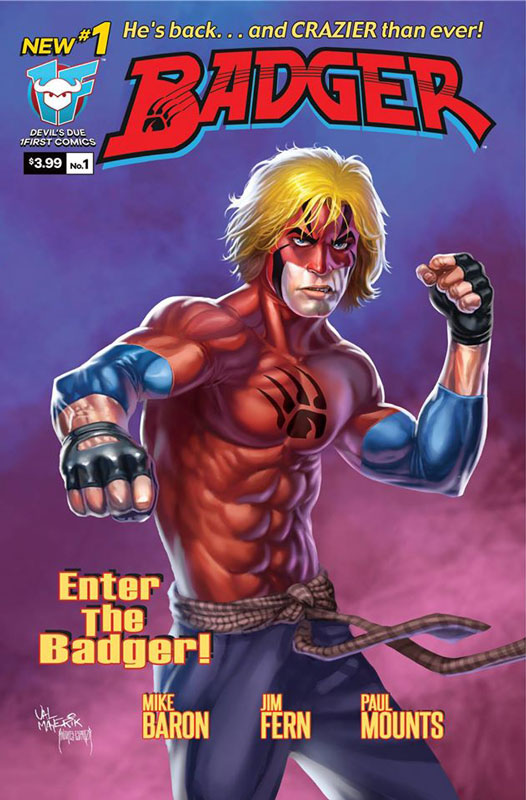 The Badger is back and now at its sixth company incarnation and the question is does he still work as well as when he was introduced in 1983? I have to say this new incarnation is a good start for new readers as well as old die-hard fans. Thankfully Baron is on board this new mini series and does a nice job of re-imagining his origin but thankfully not changing it. While was a reader of the original series it was nice to get a refresher course on his origin because it’s been a while from the last published works. Baron keeps the first issue in a nice tight story that is nearly all exposition but he makes it feel so natural while your reading it that gives it a great flow. Baron knows when to let the art tell the story without dialog and slowly reveals Norbert’s past and present that leads to him becoming the Badger. Fern’s artwork is nice and gives the book a more old school visual vibe to it’s 1980’s roots. He does a nice job with the action and the dramatic scenes with ease that hit all the story best very nicely. Is this book worth your time and money? As a fan of the character it’s going to be hard for me not to be excited to see The Badger back in print. But with that being said I can say that the book is as good today as it has been in the past. I can’t wait to see where Baron is going to take the story after this first issue set up but I did like the foundation that the book starts here. 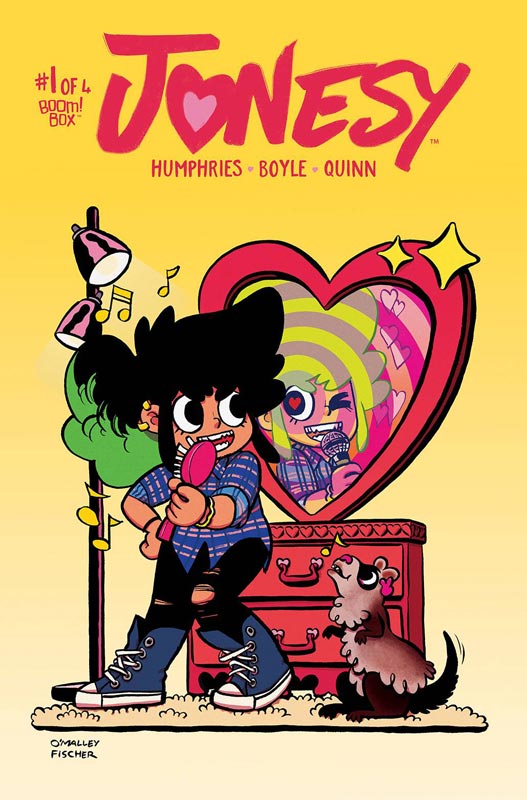 Jonesy is one of those books that I really wanted to like but just never quite geled together for me. I do think that Humphries does have a good idea with Jonesy and the character is a nice outcast type but where he lost me was the simple story that was really drawn out. The story is so basic that is not necessarily a bad thing but the structure just does not support the story in a satisfying way. He also jumps around and I could never be sure of what it wants to be. Boyle’s art is the current “Adventure Time” flavor that does fit the story quite nicely. Quinn’s color work complements her artwork nicely and the book has a good look. Is this book worth your time and money. While I didn’t hate the book it didn’t overwhelm me either. There are going to be reader who do like the book and I am glad that Boom! Box is releasing a book like this to a wider audience but for me it was just not my cup of tea. 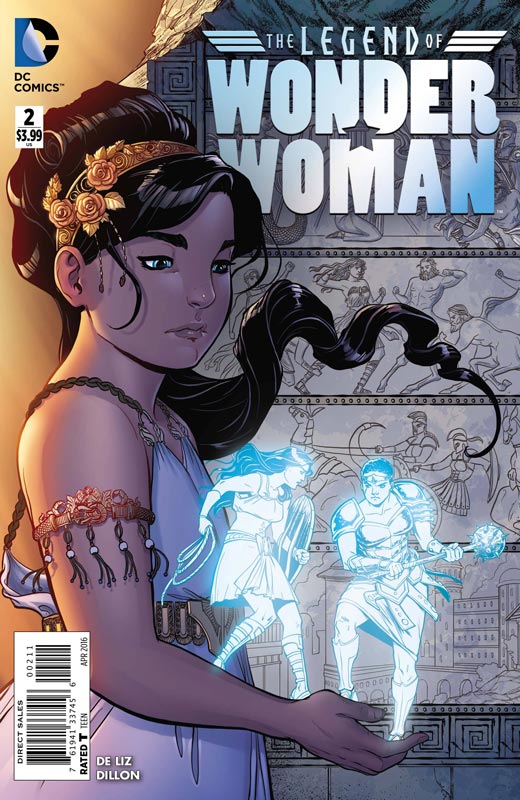 I was quite taken with the first issue of this book and thankfully it was no fluke. The second issue is even stronger than the first thanks to De Liz’s smart script that gives Wonder Woman’s origin a new fresh spin without changing what makes her great in the first place. She gives the mythology a great new foundation that adds such great detail to the established story but makes it feel fresh and new. Very few have been able to crack the Wonder Woman comics over the years and De Liz story flows so effortlessly that makes it such a breath of fresh air that she should be writing the regular book after this series is over. Not only is her writing good but her art give the book the needed visual feel that is taking it to another level. Her artwork has an almost storybook feel to it and yet has the scope of an epic story. She give the characters such depth and feel in the art that is rarely seen in the mainstream superhero realm that is so refreshing and wonderful. Dillon really pulls everything together with his inks and coloring on the book. They really blend together to bring her pencils and bring it all together very well and makes it fire on all cylinders. Is this book worth your time and money. This is simply the best Wonder Woman story in year because it really gets back to the roots of what made Wonder Woman great. De Liz has not just created a comic but simply a great mythology and it seems to get better every issue. HIGHLY RECOMMENDED!

I never expected a Jughead solo comic to be this good. Zdarsky and Henderson have given Archie goofy pal a really great story and rivals the regular new Archie book to make it hard to say which one is best. What Zdarsky has really done here is take a fairly two-dimensional character and really given him a story that takes all of the things that we loved about Jughead and spun it into a solid story that just keep getting better each issue. What is working so well is that we are all Jughead’s in some ways and Zdarsky has tapped into that in the stories. The reader can really relate to Jughead and all of his goofy theories and imagination. Henderson really captures the fun of the script and make the book a great pleasure to read with her wonderful artwork. I love her simple and yet very detailed style and her character facial expression are really spot on. Is this book worth your time and money? This is a book that I look forward to each time it comes out and goes straight to the top of the reading pile. It such a fresh and charming book that is a real treat. Zdarsky and Henderson have created a real winner here and a must read comic. HIGHLY RECOMMENDED! 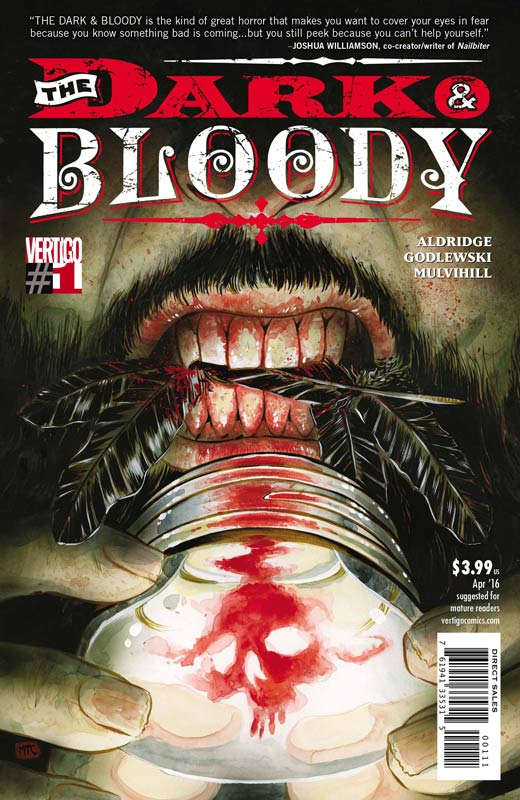 I love that Vertigo is trying to get books out and try different genres and The Dark Bloody is a surprisingly good start for a horror book. Aldridge’s story is a slow build and doesn’t reveal everything in this first issue. In fact you’re not quite sure what is entirely going on. While that can spell real danger for a book Aldridge wisely gives Iris a good characterization so that the read is able to go along on the ride with him. He wisely keeps things under wraps in this issue but gives the reader a nice taste of whats to come in the series. I was impressed with the pace of the story and the mood that he brings to it. Godlewski’s art is a nice style for the book. He really had a hard job here with mostly exposition and dramatic story and he does a very nice job. It’s really hard to get drama across with artwork and I really was impressed with the way he handled the visual on the book because that is not easy. Is this book worth your time and money? While some might find the first issue slow or confusing I found it to be rich with texture and mood. Aldridge and Godlewski have created a nice solid start to an intriguing mystery and left me wanting more and this is a book to watch. Well worth checking out! 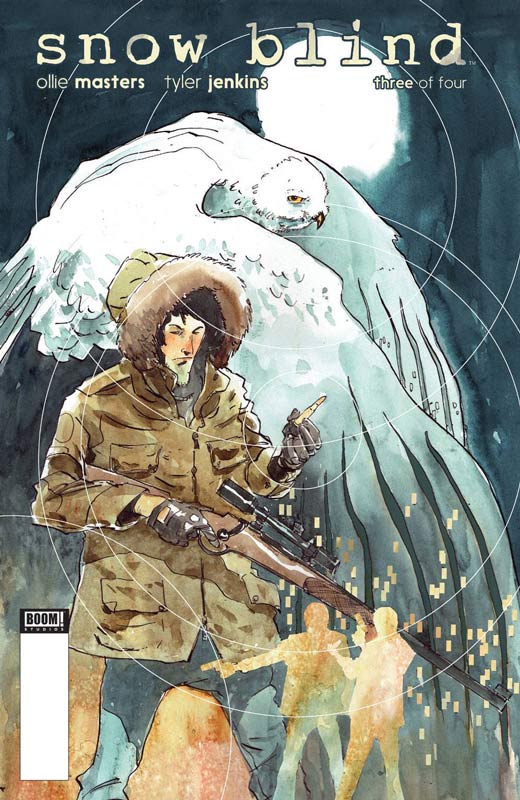 This third issue of Snow Blind was really keeping the momentum of the series going. I rally have to hand it to Masters that the pacing of the series is well done. While the story will really work in one sitting better than a monthly book he has broken each chapter down to work well as a monthly. The puzzle has become clear and yet there is still some mystery to reveal in the next issue. What is working so well is the pacing of the story that a lot of times is very subtle and Masters keeps it all flowing so well together. Jenkins art is making the story work so well here. He not only give the book a great style but his color work give the book such a warm feel that the story needed to work so well. One of the impressive things about his work is the wonderful layouts for the artwork. It really makes the panels and the story flow so smoothly together effortlessly. Is this book worth your time and money. I have love this book from the first issue and Masters and Jenkins are crafting a really great book here. The suspense of the story has been gripping so far and this issue really rolls right into the finale of the story that will have you on the edge of your seat waiting to see how it all ends. RECOMMENDED! 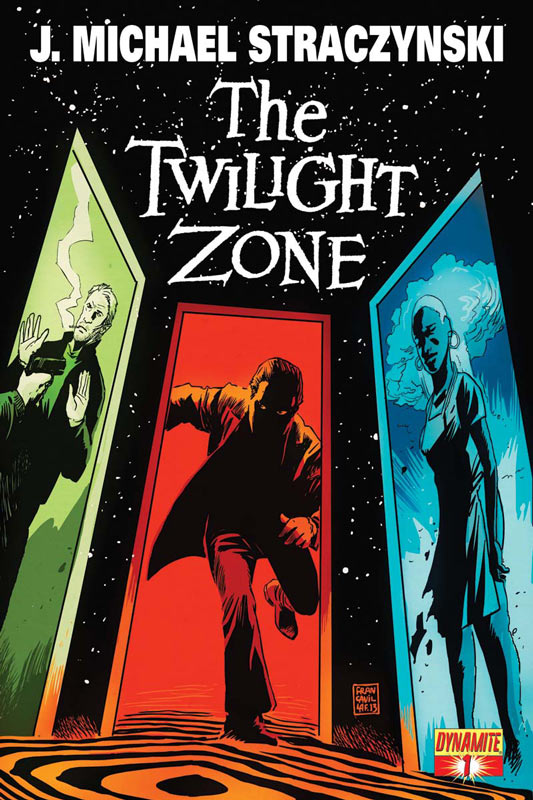 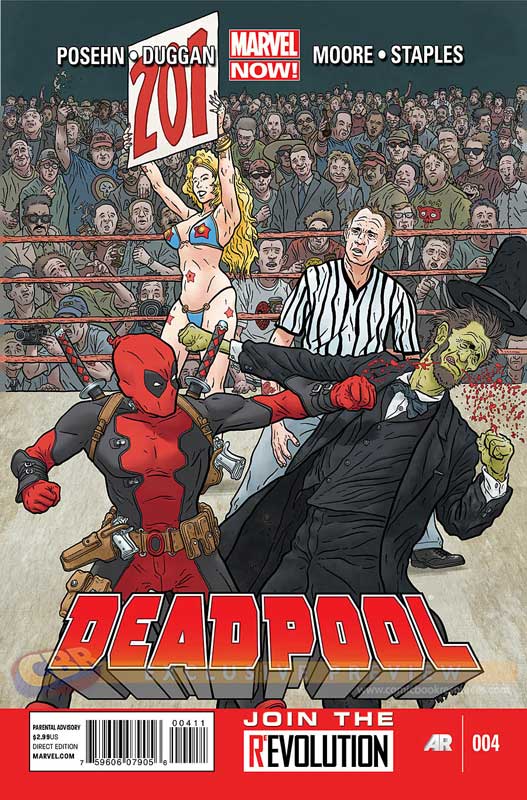