Sorry I got a little far behind with new comic book reviews because of last weekend was my birthday so I am still trying to catch up with the site. So there are only two reviews today but both are really fun reads.

Jeff Parker continues to bring us back to the era of when Batman was this super awesome tongue in cheek television show. The best park about the comic is that as you are reading the stories you can imagine every actors voice when you read them. While that is a really neat thing are the new stories any good. Rest assured they are. This issue is split into two stories the first one has the Penguin and Mr. Freeze in Emperor Penguin. It’s the middle of summer, so why is an iceberg blocking Gotham harbor? Aided by his new accomplice, Mr. Freeze, the Penguin floats in on a giant iceberg that he declares to be a soverign nation. Now, in order for ships to pass and commerce to continue, everyone is going to have to pay a toll to “Emperor Penguin.” Will the beaked criminal really be able to use diplomatic immunity to pull off this pernicious piracy? The story is simple and fun. For me the big draw to this story is the artwork is by Ty Templeton. I have been a huge fan of Templeton’s work for a long time and his artwork fits the story like a Bat-Glove. The thing I liked about the story was that Parker having two villains in the story was done rarely on the show but with the openness of the comic the sky is the limit. The second story features Lorelei Circe AKA The Siren AKA Joan Collins it’s a short story entitled “Chandell’s Chanteuse” where Siren tries to rob the nightclub patrons of their valuables by hypnotizing the men to do her bidding. Fortunately Bruce Wayne is in the audience and changes quickly to Batman to foil the crime. Siren uses a hypnotic throat spray that causes Batman to hallucinate. The great thing about the story is that Jonathan Case’s art really shines during the nightmare sequences. While the regular art still has that weird/intentional misprint look it ultimately still works great for the book.

Is this book worth your time and money? If you are a fan of the 1966 Batman it’s not a hard sell but for regular readers looking for a more fun Batman book you have come to the right place. The thing I really liked about the book is that Parker is hopefully going to use some of the more obscure villains from the show like The SIren. There were many one-off characters that were a lot of fun and could be used again. Plus there is a nice nod and wink at the end of “Chandell’s Chanteuse” that open up the possibility of some ongoing threads of story in the future of the book. It’s well worth the $3.99 cover price. 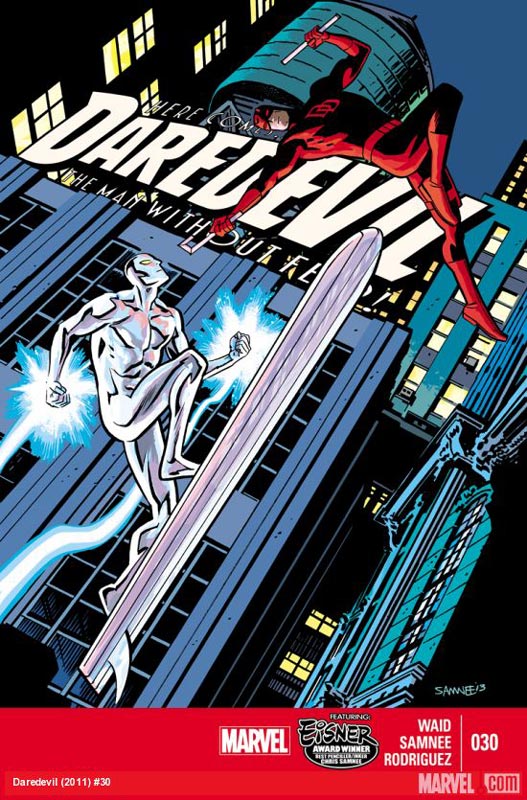 Mark Waid and Chris Samnee have been constantly producing one of the best books over at Marvel for quite a while with Daredevil. The thing I like about the book is that there are a number of “done in one” stories that they have been doing. This issue is a very good example of it. You could have not read the previous 29 issues and still enjoyed this story. While in the office Matt Murdock is visited by an alien who is seeking asylum on earth from the Silver Surfer. Murdock’s assistant is attacked by the surfer and he changes to Daredevil to defend his client. Daredevil soon discovers that his new alien client may not be telling the whole truth. Waid is bringing the fun back to comics that has been sorely lacking lately. While every issue has not been like this, It’s nice to just enjoy a simple but very well thought out story. Samnee’s art won an Eisner award this year and it’s well deserved. His art always nails the story on the head with such a nice clean style that is not seen that often in comics today. Most books try to be great and fail miserably but Daredevil works at being good. While some people may think that it’s too simple I say while it’s not reinventing comics it sure makes a solid read every month.

Is this book worth your time and Money? Well with 30 issues in I would say yes. If you have not been picking up this book, shame on you. There are so few good Marvel books right now we really need more consistently good books like Daredevil instead of “event” books that are not even worth using as toilet paper. If you read this issue and like it make sure that you run out and but the collected version of this series because you have some catching up to do. 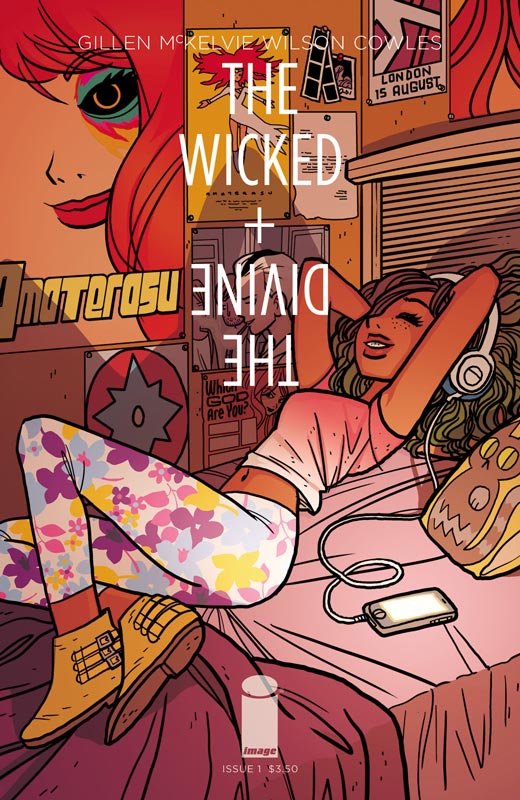