Before we get going on this, I want to say that I am not defending or condemning DC Comics with this story. It’s just my opinion of the events and fallout of it.

Last week Vertigo Vice President & Executive Editor Shelly Bond was let go in a restructuring of Vertigo Comics and aftermath has been quite the spectacle. First here is the press release from DC;

DC Entertainment is reexamining the direction and focus of the Vertigo imprint of comic books and graphic novels. The goal is to keep competitive and stay relevant in the changing marketplace, and to set the business up for future success.
The updated business structure will result for some employees in a change of reporting relationship, new job descriptions, and expanded roles and responsibilities.
Unfortunately, as part of the restructuring, the position of Vice President & Executive Editor has been eliminated. This was a very challenging process, and we made every effort to ensure all decisions were made with great care and consideration.
· We are extremely grateful for Shelly Bond’s commitment and dedication to Vertigo, its books and its incredibly talented team of staff and creators.
· In Vertigo she leaves a legacy to which we remain committed and on which we intend to build for the future. She will always be a deeply valued and respected member of the DC family.
· We have the utmost confidence in the current editorial staff and look forward to the team leaving their mark on the Vertigo line knowing this new alignment creates a stronger organization that is well positioned for maximum potential. 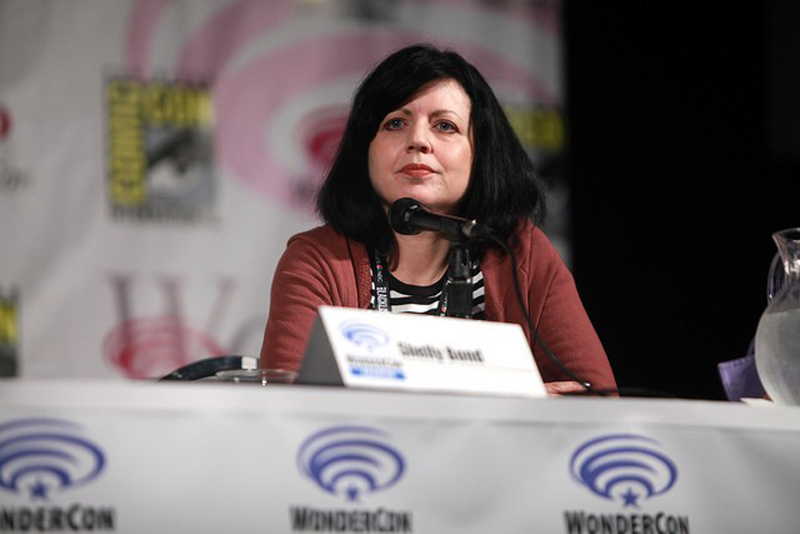 Let’s just get this out of the way first. Bond was not technically “Fired” in the normal way that most regular folks get the ax at a job. When you reach a certain level of management at a corporation this is what happens. When the decision is made you are given two choices either your fired or your given a graceful exit and an excuse is given to the staff and public. Bond obviously chose the latter choice that allowed her to get a very generous severance package from Warner Bros. that will consist of X amount of weeks per years at the company. Considering that she was at DC (Warner Bros.) for 20 years she has quite a nice amount of paid time off at her current salary level. Now before we get into the elephant in the room there are some reasons of why she was let go. The biggest was the fact that Vertigo has really struggled lately and below are the sales figures to show how the line has struggled lately.

These sales figures are from February 2016 with their percentage drop from the previous issue.

Here are the figures based over time for Vertigo Comics line

While I’m certainly not knocking Vertigo because they have some really strong and diverse creator owned project the sales lately and in the long term have been pretty abysmal to say the least. Nothing lately has been sticking and with their biggest selling book in the last 10 years Fables has come to an end and nothing has come close to being an anchor for the line, I’m sure that when management were crunching the numbers they were very bad and with Karen Berger leaving in 2013 and not moving to Burbank when DC decided to close down the New York office this is a terrible blow to Vertigo. While Senior Editor Jamie Rich seems to be the last man standing at Vertigo things are on life support for sure. While there are three television series based on Vertigo series (iZombie, Lucifer, & Preacher) I would imagine that DC will not get rid of Vertigo entirely but keep trying to get more IP’s out of them for television and features.

The sad fallout from this is the lack of female editors and management staff at DC now and getting rid of Bond is not helping the situation. The lack of diversity in comics has been a huge discussion lately in both comics and creators in the comic industry in general. I have no doubt that Bond will not only land on her feet but will probably thrive away from the corporate structure of DC. So it will be DC’s loss of this great talent in the end. 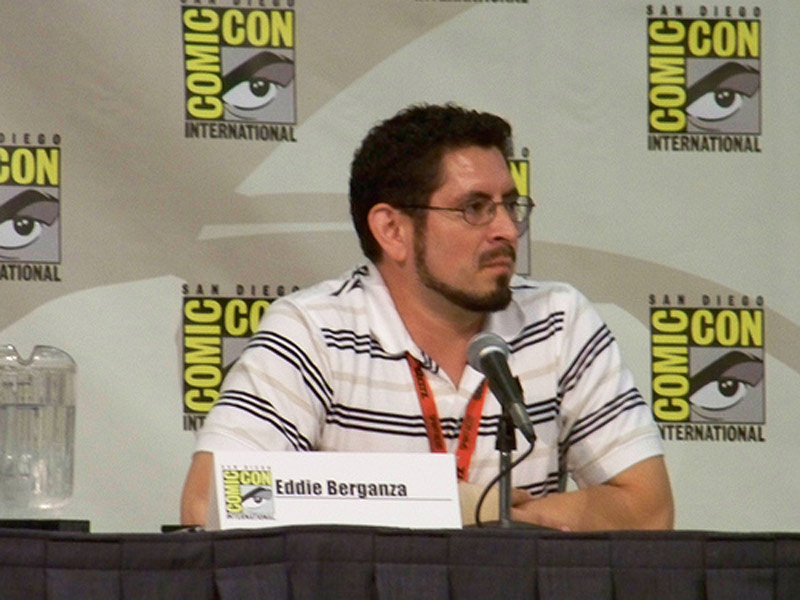 Now to the elephant in the room. DC Senior Editor Eddie Berganza has been brought up now with Bond leaving and a lot of people are trying to connect the two events. While there is way too much to rehash here I highly suggest that you read this story over at Comics Beat by Heidi MacDonald. This covers the backstory that leads to the issue being brought up again.

The two stories are honestly unrelated because Bond was not fired for being a woman. The reason that she was let go has nothing to do with Berganza and the incident four years ago at WonderCon. While I have no doubt because of the number of reports of the WonderCon/Berganza. First of all what DC/Warner Bros. did to Berganza is a private matter and none of the publics business. If you were reprimanded at work would you expect it to be public record? I seriously doubt you would like it to be. You can’t expect for DC to fire someone for something that happened four years ago. You can’t just fire someone for past issues if there is no paperwork to back it up.

There have been calls from people to boycott DC Comics because of this whole situation. While I understand being upset about the departure of Bond, a boycott of Vertigo Comics is only going to punish the creators of the comics and not DC. Vertigo Comics are creator owned comics that while the debate about the good or bad contracts are not in question here, they are still creator owned none the less.

While everyone has their opinion and right to support or not support by buying DC Comics including Vertigo titles one post really bothered me. Moms Read Comics blog posted a story about her personal choice about not buying anymore comics from DC Comics. Again Bond being let go by DC had nothing to do with the Berganza incident and connecting the two is a bad analogy. She said that she was a hug DC fan and that If you really want to “challenge my credibility” as a fan go google for yourself, look back on my social media feeds, stop being lazy. Well I did look back at her post on twitter and could only find that she posted about Batgirl and Doctor Who comics most prominently and found no post about any Vertigo titles. She also post a picture of all of the new DC rebirth comics that she has cancelled and again no Vertigo book on the list just the mainstream superhero titles from DC. There were no post at all on the blog about any Vertigo comics news or reviews either. At the end of the story she says To the creators whose work I want to support, I will continue purchasing their creator owned work. Now this is where I had a bone to pick with her in the fact that Vertigo titles ARE creator owned books. I posted a reply to her about and I noted;

If you support Vertigo books you ARE supporting the creators because they are creator owned projects at Vertigo. In the long run a boycott will only give DC more of a reason to shutter Vertigo and that would only hurt the talent and not the company. Sure, letting Shelly go was a really bad move but a boycott is worse in a lot of respects. Just my opinion.

She responded with this;

Please go back and read again why I am no longer reading DC Comics. I do not believe these books will last long under the new management anyway. I fully believe this is already an attempt to shutter what Vertigo was and have zero faith in it’s current survival. I believe the creators are better off at a company that will give them a larger profit share. I also do not like the idea that part of their profits go to a company that does not create a healthy work environment for others.

Again she does not note any Vertigo titles that she reads and simply writes off DC that they are just going to shutter Vertigo. She then contradicts herself saying that she wants to support creators only if they are not being done by DC. When another respondent to her story notes a valid counter points to her story, she kept saying the same thing trying to crucify DC for getting rid of Bond and keeping Berganza as her argument for her story. While a person has every right to buy or not buy comics from DC, the problem is when you make your decision in public you must be willing to debate the issue instead of repeating with a canned response. While we were all upset about Bond it seems that Moms Read Comics seems to have never supported Bond by buying the Vertigo Comics that she was putting out. Again this seems to be hypocritical and a disservice to Bond.

I whole heartily agree that there IS in fact a lack of diversity in the comic book industry both in front and behind the scenes. There are changes that are happening but they are slow and sometimes hard to see. One of the faults of most regular comic book readers is that they should look at themselves for diversity. If you continue to buy the shovel wear comics and not broaden you horizons and try new things then you’re not helping nurture the industry to make better comics. If you look at the sales of Vertigo titles there is a real lack of support of readers of the books, and again I’m guessing that this is one of the biggest factors of the letting go of Bond and while you can stand on a soapbox and cry wolf all day, in the end you the reader are partially to blame with it.

I will leave this story with a quote from the Scott Dunbier a well-respected and award-winning editor at IDW and he really summed up my feelings about the “outrage” of it all.

I’ve seen some people on Twitter and Facebook talking about boycotting Vertigo comics in honor of Shelly Bond. Not that anyone is asking, but here are my $.02 cents on that one sliver of this sad situation: I believe that is the last thing Shelly would want—to see the books and creators she loves and nurtured suffer. Trust me, I have a little experience on the subject. 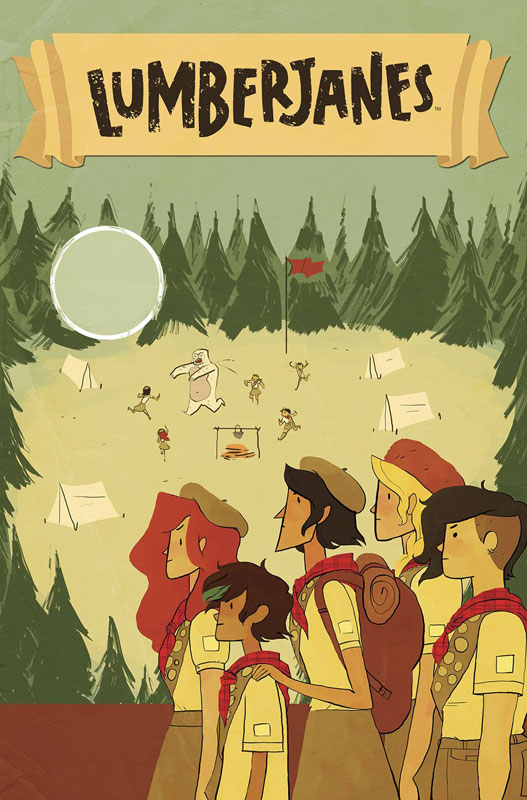