Reviewing Hannibal Season 3 is very bittersweet. It’s the last season of the regular series due to the cancellation of the show on NBC and Bryan Fuller is now working on a new show American Gods based on the Neil Gaiman novel for Starz. While the future of Hannibal is unclear there is no doubt that the third season Blu-Ray is the best package to date. The first season (REVIEW HERE) and the second season (REVIEW HERE) are some of the finest Blu-Ray’s of a television show. While the first season was light on extras due to the production of the show was finished by the time the disc was being done, Blu-Ray Producer Cliff Stephenson and Bryan Fuller have collaborated on some of the most insightful and entertaining special features to date. If you thought the special features for season two were amazing then you’ve seen nothing yet. 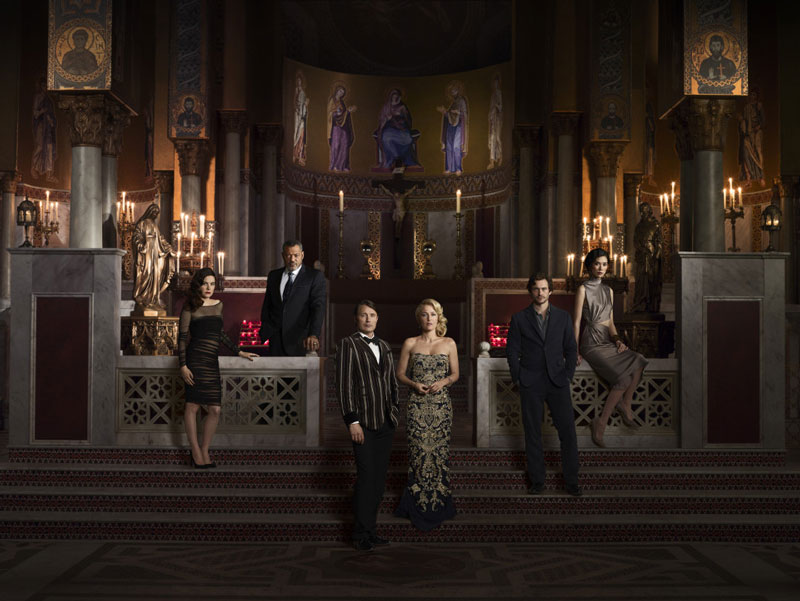 Season three Blu-Ray is packed with special features spread over the three disc set. Here is the breakdown of the episodes;

The third season is made up of two parts. The first seven episodes are loosely based on the novel Hannibal that covers his escape to Florence Italy after the bloodbath at the end of season two. The last six episodes adapt the novel Red Dragon but still continue the Will and Hannibal story the series developed for the show and mixes both original and elements from the novel. This is probably my favorite season of Hannibal because of the amazing tonal shift of the show. The first season was a crime procedural and the second season started to break out from that and add more longer term story elements that really expanded the show. With the third season Bryan Fuller and the writers really open up the show to a more psychological and mood stories with a lot of visual storytelling that is rarely seen on television or even films. This season is one that really works well watching multiple times. Each time you watch it there are more subtle things that you notice and are able to discover different levels that you might have missed before. 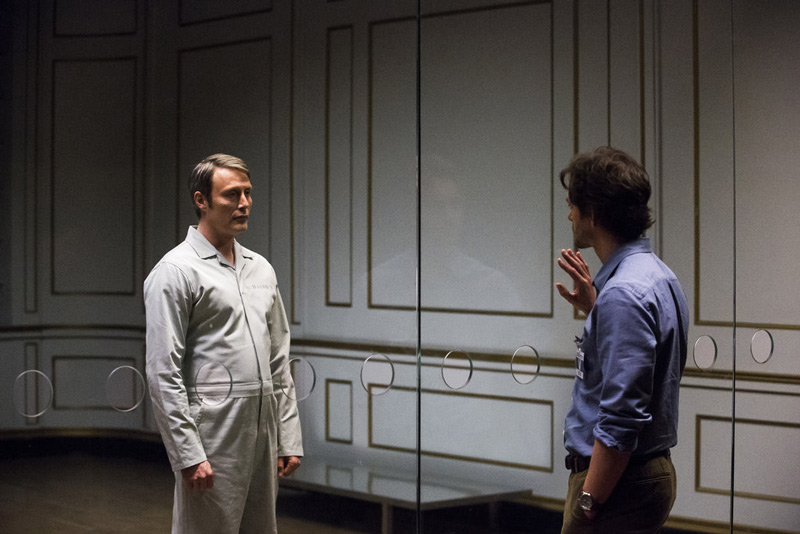 All of the episodes are presented in 1.78 aspect ratio in 1080p video and English DTS 5.1 Master Audio. The Producer’s Cuts of the episodes include things that had to be cut out for the Broadcast Standards and Practice that was mostly gore and so their run times are not much longer than broadcast.

The video and audio presentation are near reference quality with the picture having strong black levels and very little if any noise reduction. This season visual style is faithfully reproduced here with the contrast and the color levels very constant throughout. The show is deliberately shot very dark with the background sometimes blending into each other but the 1080p encoding is able to handle it quite well. It reminds me of David Fincher’s Se7en that had a similar approach to the visuals. There are a few very minor banding issues but nothing fatal or distracting. While the show is shot digitally it has a pleasent film like look that keeps it from looking too shiny or overly processed. The DTS 5.1 Master Audio really shines with great sound work in both the production audio and the music that blend together so well that it’s hard to believe that this is a television show. The audio can be very aggressive at times but does very well with the more low key scenes. Dialog sounds very natural and clear. Both the audio and video for the show are actually better than a lot of feature films and this disc captures it all wonderfully. 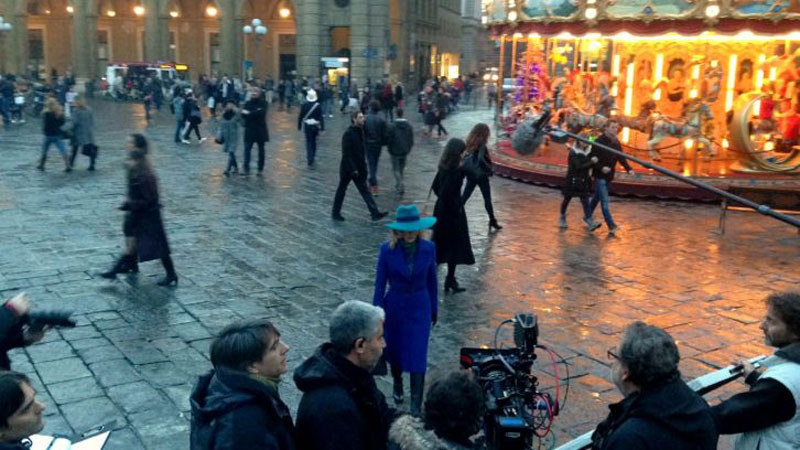 This season is packed with special features produced by Cliff Stephenson for Lionsgate Home Video and is spread over the three discs;

This feature talks about the shift in tone for the third season and the look of the show. It goes behind the scenes of the shooting in Italy and the challenges of trying to film for seven episodes in just a week. It also talks about finding a new voice for this season from the previous two seasons. This is a good overview of the first half of the season with lots of interviews and behind the scenes footage.

A fun gag reel that covers the entire season. As always this is a lot of fun. 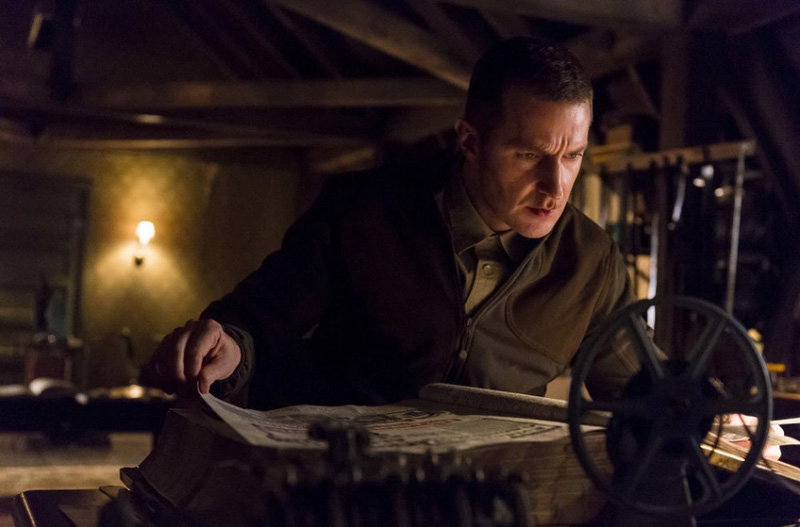 For me this was very sentimental piece that interviewed Fannibals and what the show has meant to them. Roxanna Paz, Ashley Beyer, Carla Woodson, and Tony Coronado discuss how Hannibal changed them and how the show was positive female role models. The cast talks about how Fannibals saved the show and how much they meant to them. It includes some footage from Comic Con International 2015. This is a really touching feature that shows what the show has meant to all of us and how important the fans were to Fuller himself. I admit that I got a bit misty eyed watching this one.

This covers the challenges of shooting in Italy but made the look of the show work really well. There are interviews with the cast and crew while on location. This is a fascinating look at trying to shoot seven episodes of location exteriors in just under a week and how some of it had to be recreated in Toronto because of restrictions and non usable footage.

One of the big challenges of season three was coordinating all of the actors schedules to work on the show because some of them were only available for a limited amount of time. This also cover the choice to break the season into two parts because adapting Hannibal and Red Dragon into separate seasons would have had a lot of padding to fill out a season. The other issue was that there was concern about the show going to a fourth season that would have been Red Dragon and Fuller wanted to make sure that he was able to do it. 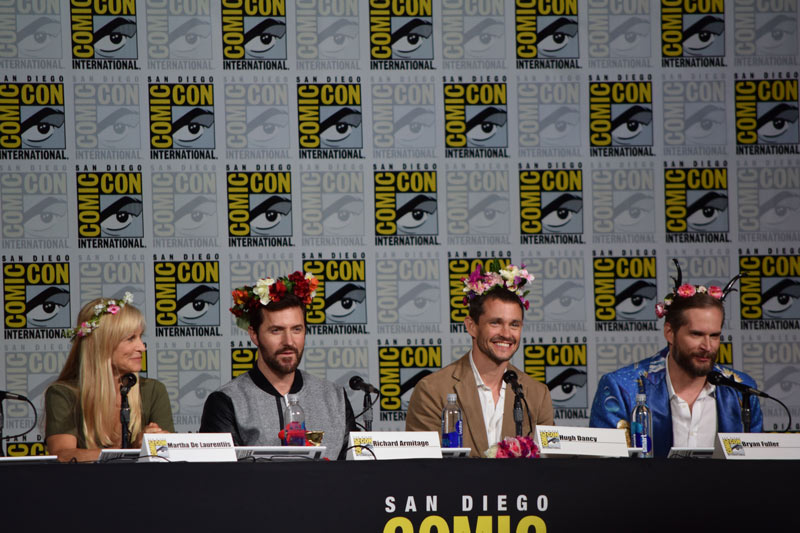 These are some of the funniest interviews because Thompson has so much fun with the cast and crew that always make these a must watch. Here is the breakdown of the individual interviews.

Guillermo Navarro, Richard Armitage & Rutina Wesley (18:08) Note this one is broken up into 5 segments that have a chapter for each one.

There are nine deleted scenes from the entire season and are show in their episode order. While they are great to see you will understand why they were cut. One of my favorites is the second one with WIll, Jimmy, Jack and Brian scene where Jimmy did not know that Jack’s wife had died and it becomes a very awkward conversation. This is a very funny scenes and is the real highlight of them all. 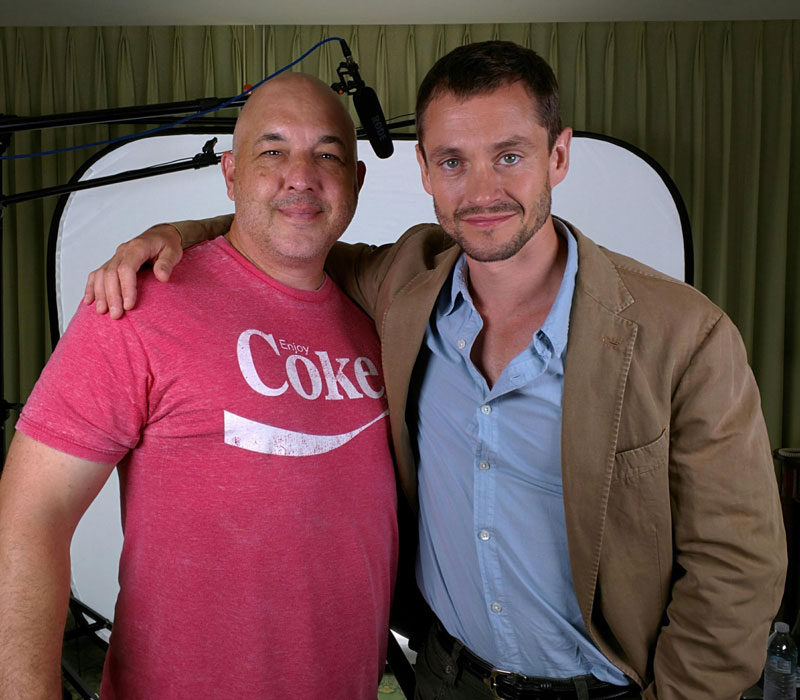 Season two set a very high bar for the special features with the great documentary “This is My Design” that was an 83 minute in length and wonderfully done. Cliff Stephenson went even further with Getting the Old Scene Again: Re-imagining Red Dragon that runs over two hours and covers the making of the Red Dragon story arc and series finale. There are seven parts to it and here is the breakdown.

This is a truly in-depth feature-length documentary that cover every aspect of the making of the six part Red Dragon story arc. While some might see this as overkill Stephenson has crafted a well paced documentary with great interviews, behind the scenes footage and a fascinating look of how all the pieces of the production puzzle go together to make Hannibal a well oiled machine. What makes this documentary work so well is that from Bryan Fuller down everyone involved on the show give their time to discuss the making of the show and you can really see that they want to talk about it. The best aspect about is the passion for the show in the cast and crew to make this a truly special show. It also give the final season a very satisfying overall feel for both them and the fans. This is one of the best documentaries that I have ever seen on a television Blu-Ray and is as good as some of the best ones done for feature films. The key is the access that the production gave Stephenson to document every aspect of the production and was able to capture the feel of making the show. 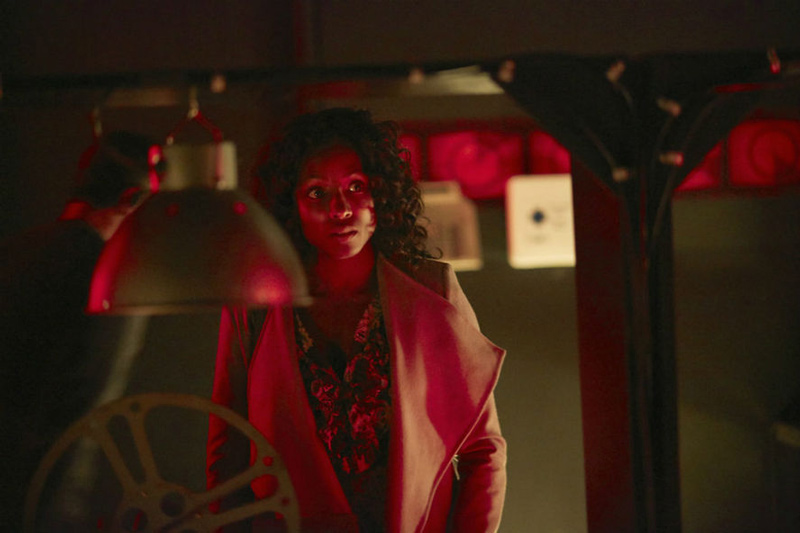 Being a fan of Hannibal does make me a little bias, but in reviewing any Blu-Ray I hold them to a high standard. In the case of Hannibal Season 3 it had a lot to prove over the impressive second season Blu-Ray. Being a fan of the show I would say I am even more critical of how the discs look and sound and the quality of the special features. With the studios putting very little effort into Blu-Ray special features anymore I really have to applaud Lionsgate for not only stepping up to the plate but showing every other studio in town how to do it,  and do it very well. Cliff Stephenson has really done an impressive job of covering every aspect of the making of the third season that there is little more that could have been said. The only thing that would have been nice to include would have been the Comic Con panel but nearly all of the comments are covered in various special features on the discs. This is a very minor omission and considering that all three discs are packed it’s understandable.

While this may be the ending to the current incarnation of Hannibal, I doubt that this is the last of Bryan Fuller’s take on the novels. This Blu-Ray sets a new standard for a television Blu-Ray that will impress in both the great presentation of the episodes and the lovingly lavish special features that will satisfy both Fannibals and casual viewers of the show. It was an amazing three season run and will live on forever thanks to this wonderful Blu-Ray.